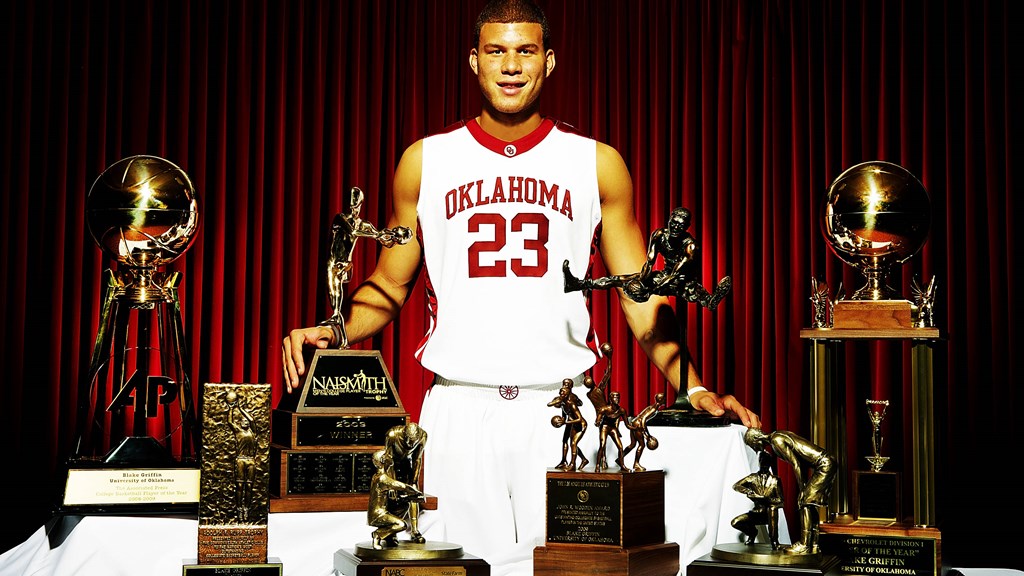 The Thunder are building for the future and giving everyone a run for their money. Has anyone dominated the Thunder this year? They could be looking to bring back an Oklahoma native. Blake Griffin is on the trade block. Could there be room for him here? Should there be?

Logan Newman wrote an article on Thunderwire. He asked the question Should one consider the cost of a Griffen trade?

(Since the Detroit Pistons announced that power forward Blake Griffin would be shut down until they could trade the former star, the Oklahoma City Thunder have entered rumors as a potential landing spot for him.

OKC has cap room and tradeable contracts. Winning is secondary to a front office that is focused on developing players and increasing the value of their draft picks. These facts have led to some betting sites listing the Thunder among the most likely teams to get Griffin.

There are three positives to a trade for Griffin:

That’s a short list of positives to counter what are, in my opinion, a whole lot of cons.

The return on the trade

What would the Thunder get in exchange? The Pistons' protections on the 2021 draft pick that is owed to the Houston Rockets would make it complex for them to even include a first-round pick. It's top-16 protected, which means they'll keep it this year, but then it defers to the Rockets in 2022 and is again top-16 protected, according to Pro Sports Transactions. In fact, according to the outlet, there are protections all the way through 2027. (The NBA Trade Machine says Detroit's future firsts are tradeable, but I'm not certain which are). If the Pistons don't include a first-round pick, what player could the Thunder get along with Griffin? Sekou Doumbouya? The 20-year-old forward, in his second year in the league, is versatile and has a play style that fits Sam Presti's mold, but he alone is not worth picking up the remainder of Griffin's $36.5 million this season and his $39 million next year. Plus, with Darius Bazley and Isaiah Roby as intriguing power forward options, Doumbouya wouldn't even get real minutes in Oklahoma City. There's not much Detroit can include. The Thunder could get more from a different team in exchange for a player like Al Horford, whose inclusion may be necessary to match salary.

This much is true -- Horford provides a presence down low on both ends of the court and a combination of playmaking and 3-point shooting on offense that has made him an extremely valuable piece of the team. The Thunder would be worse without him. But is that even necessary? Oklahoma City is already a bottom-five team in the league. Rebuilding teams tend to tank harder at the end of a season, and racking up a couple extra losses wouldn't be challenging if Presti and ownership so choose (though, with what we've seen so far from this Thunder team, maybe it would be). The Thunder don't have to force a tank because they already have one of the worst records in the league. Plus, Horford is clearly helping the development of players who are already on the Thunder, which is almost as important as getting that higher draft pick. When it comes down to it, the number of losses wouldn't substantially increase. The Thunder would just lose those games by a larger margin. That's the worst type of tanking from revenue, development and team image standpoints. With flattened lottery odds, it wouldn't even guarantee a top selection.

These stories are cute, and it's always fun to bring back hometown favorites, but it really shouldn't apply for a player past his prime who is still owed the amount that is due to Griffin. There are simply far more important areas for the Thunder to focus on this season. Griffin is more of a power forward than center, which would clash with the development of Bazley and Roby in a way that Horford is able to avoid with his center play. Horford could fetch a larger return. He has positive value now. The Thunder flipped Steven Adams for a package that included George Hill, Kenrich Williams and two second-round picks. Horford is a more versatile center in the modern NBA and could fetch another return that doesn't involve paying a player nearly $40 million for one season. The Thunder want to save money. The Thunder want to collect draft picks. The Thunder want to focus on developing their players. Griffin still has talent and has evolved his game beyond the athleticism that made him one of the biggest stars in the NBA, but devoting resources to his health, money to his salary and play time to him on the court outweighs the positives he would bring to the team. It's a fun idea, but unless the Thunder can manage to get multiple first-round picks to take on his contract (or the 2021 pick with minimal protections), I'd stay away. This post originally appeared on OKCThunderWire.)

I would say yes, do it. Get more picks like two first and tank for a better draft piece. A 5th or a higher 2nd pick can change the game. Then if you have more pieces to use more opportunities. We should be loaded by 2024-25. They should go all in those years. If you know you are not going to win it all why try to be good. Lose or trade to be great. The team looks and plays good this year. We need some big pieces through the draft for the next 2 years. Al is keeping that top 3 pick out of our hands. Sell while the price is high on him and get Detroit better so we get their pick too.

"My time at OU will always hold a special place in my heart, and I am so grateful to the fans and the university for all of their support throughout my career." Blake Griffin

Should Oklahoma bring back a native Blake Griffin?