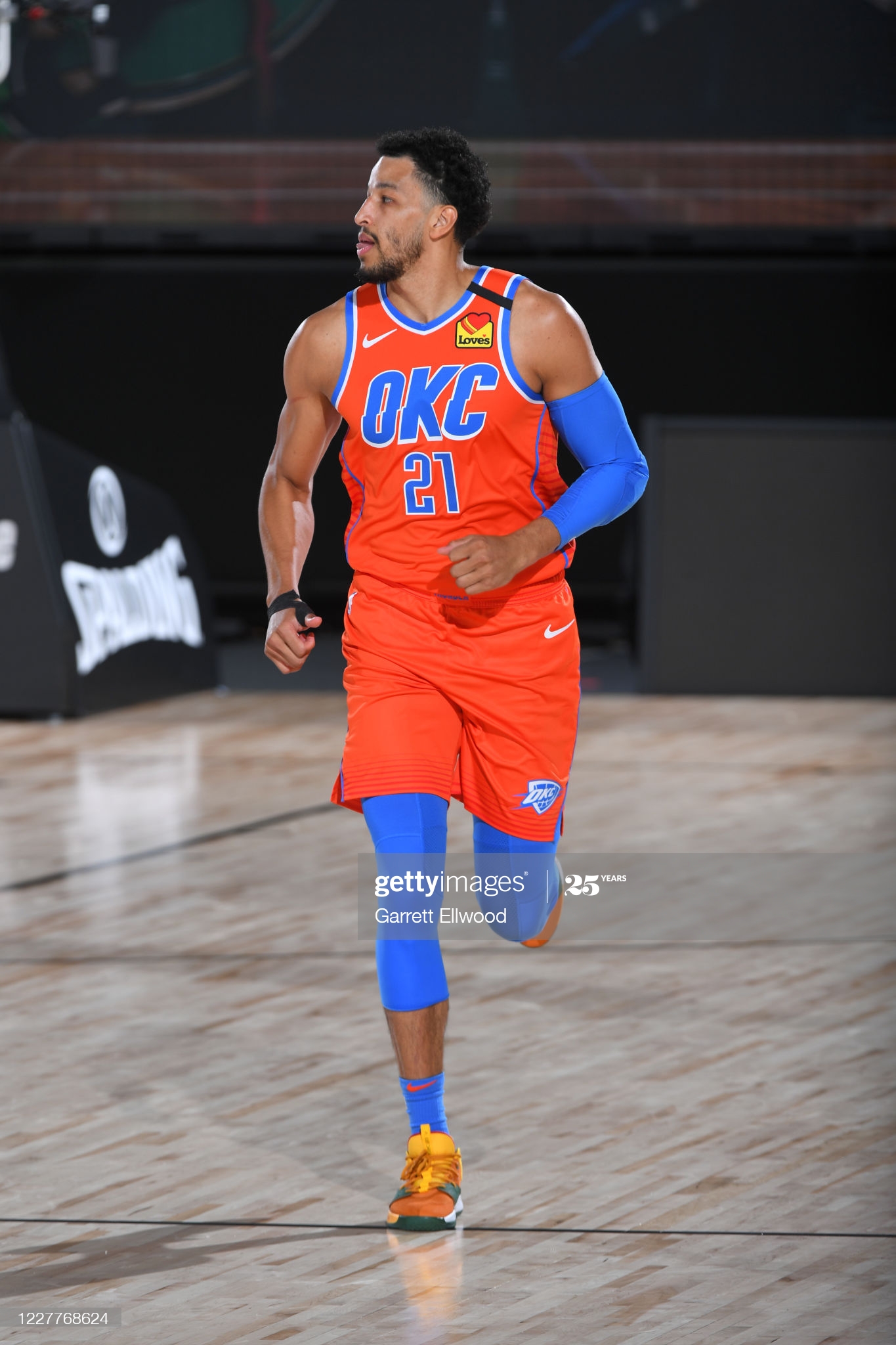 Over 900 days had passed since Andre Roberson had stepped onto the floor with fresh legs. A lot has changed, both on and off the court, for both him and his Thunder team. With so many new faces, and an entirely different situation as a whole from what he was left with, it's not outlandish to say the shooting guard felt a certain amount of culture shock coming back to play for OKC.

Andre Roberson was drafted 26th overall in the 2013 NBA draft and has played every game of his career with the Oklahoma City Thunder. For four years he was arguably the team's best perimeter defender and a consistent starter at the two. The Thunder looked like a considerable threat to most at the height of Roberson's fifth season with the team. The 'Big Three' of Russell Westbrook, Paul George, and Carmelo Anthony were leading Oklahoma City to an eventual playoff berth.

Then it happened. In January of 2018, Roberson went down with a ruptured patellar tendon and was ruled out for the year. Little did anyone know it would be a much longer recovery for Roberson than anticipated. A number of continued setbacks in his recovery process kept him out of the 2018-19 season entirely. He more than likely would've missed out on all of the 2019-20 season had the COVID-19 pandemic not cancelled all NBA operations in mid-March.

Fortunately, now that the league has officially resumed play, the 2016-17 All-Defensive First Team member was able to recover in time to join his teammates once again after almost two full years of absence. Fans all across the country, both of the Thunder and NBA in general, were overjoyed to see Roberson overcome such a serious injury.

But the journey is not over. With the departure of so many pivotal players over the past few years, Roberson is now the longest tenured player on the Thunder currently (alongside Steven Adams). He'll have to put time into adjusting to the changes the team has made to the roster while he was absent. He's also only played roughly 7-8 minutes a game so far; his re-introduction to basketball is naturally going to be at a slow and steady pace.

Andre's return is brings a whole new perspective to the team in numerous ways. For starters, at his healthiest he's a very solid defender who can help mentor the younger players in order to raise their game to a new level. Furthermore, as one of the team's longest tenured player's he has experience with how Billy Donovan and the rest of the coaching staff operates. And now the Thunder have a completely healthy roster for the first time since the 2017-18 season.

It will be interesting to see how Andre Roberson meshes with new additions like Chris Paul, Shai Gilgeous-Alexander, and Danilo Gallinari but once he's back to fit condition he'll vastly improve the team's perimeter and transition defense as a whole.

Regardless, NBA fans in general and Thunder fans alike are happy to see Dre back on the floor with the team where he belongs.