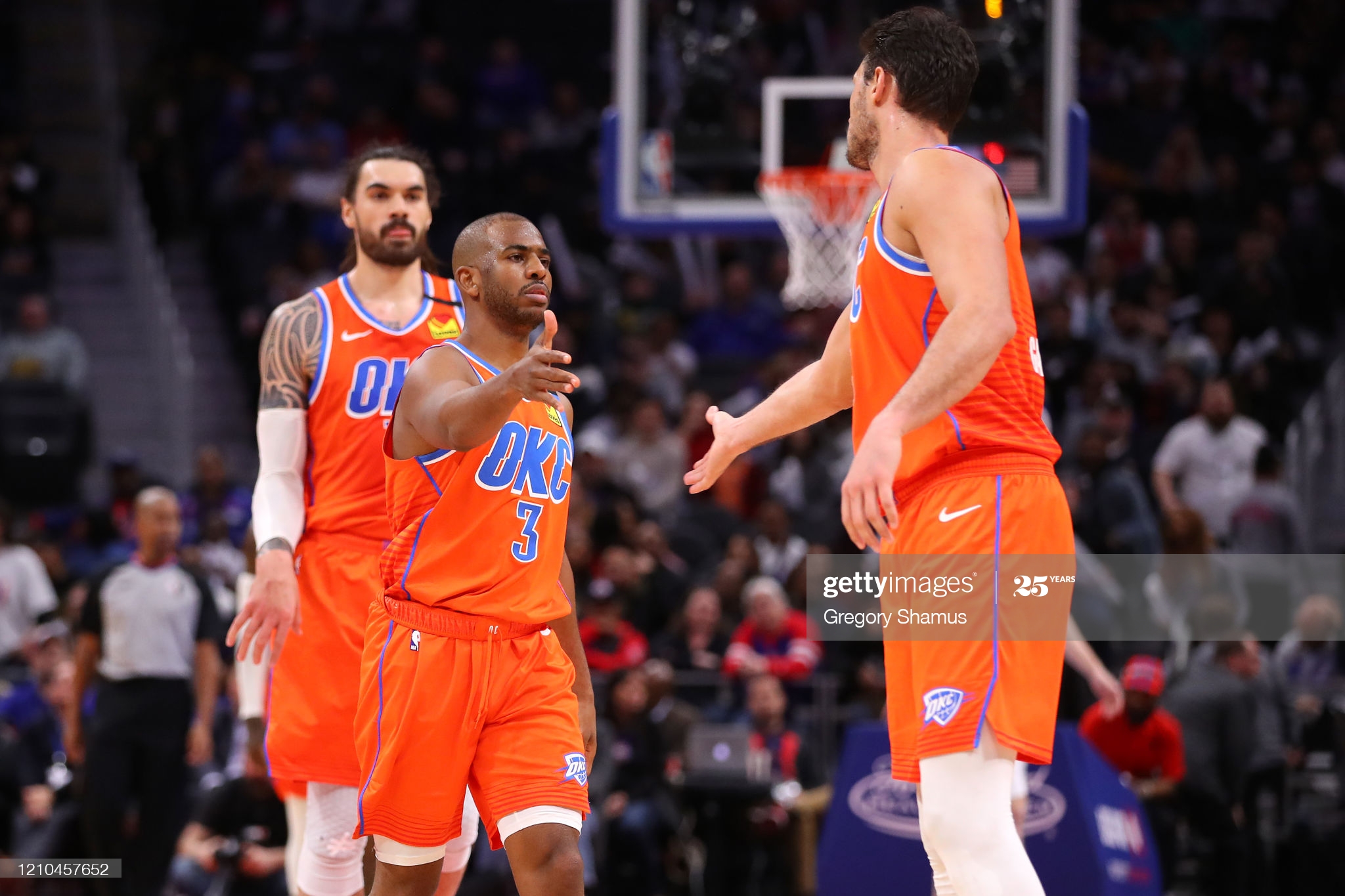 After a seemingly unimaginable collapse of the roster during the 2019 off-season, the Oklahoma City Thunder weren't poised for anything more than luck with the lottery. With the departure of MVP candidate Paul George followed by franchise cornerstone Russell Westbrook, the Thunder went from a championship contender to a rag-tag group of oddballs of all ages from all corners of the NBA.

As far as pre-season power rankings were concerned the team wasn't seen as among the worst but certainly wasn't in the conversation of the leagues best. However, with such a void to fill, fans and analysts alike were very interested to see who would step up and lead the team the coming season. Many pointed to established veteran Chris Paul to control the offense while others saw rising star Shai Gilgeous-Alexander as the more versatile and energetic focal point. Yet what we, as an NBA audience, ended up witnessing was one of the most well-rounded and efficient rosters the league has seen in quite some time.

Across the rotation there was consistent talent. In just over 60 games, the Thunder had amassed 41 wins, the 6th seed in the restart, four players averaging 17+ points per game and over 1,000 points total on the year. Not to mention individual success in players like Chris Paul receiving his 10th All-Star nomination and Dennis Schroder being a clear candidate for 6th Man of the Year.

All this success came as shock as this team wasn't even supposed to make it in the top 10 of its conference. And that is exactly where the situation gets conflicting.

After the overhaul of the team in the previous summer, the Thunder were rewarded with a copious amount of draft picks over the next six years. The intention of the front office was to enter a rebuild phase, acquire new young talent through the draft, and develop the young core already present on the team including Shai, Terrance Ferguson, and Luguentz Dort. Chris Paul was acquired through the trade that sent Russell Westbrook to the Houston Rockets which would not have gone through had OKC not agreed to take CP3 and his hefty new contract. Houston signed Paul to a whopping 4-year Max contract worth just under 160 million meaning he won't be a free agent again until 2022. The contract (which is also back-loaded) is going to be a big issue for acquiring interest from any team to trade for the veteran point guard.

The Thunder are also among the bottom three teams in the league in terms of cap space making it almost impossible to sign any worthwhile help that could instantly bring the team back to a solidified contender. The odd assortment of players the team has now is performing at almost peak caliber, but it would be foolish to say they could achieve victory over the powerhouse teams of the league like the Milwaukee Bucks or Los Angeles Clippers.

The treasure trove of draft picks heading OKC's way the next few years are as follows:

2023: Own Pick; possesses rights to swap with LA Clippers

2025: Own pick; possesses rights to swap with LA Clippers

The OKC fanbase has been at civil war with one-another on what the team's best move is going forward. Do they continue to ride the waves of success or do they officially and fully commit to the tank in preparation for years to come?

That is the question Thunder GM Sam Presti and the rest of the front office must ask themselves. For now OKC fans have no choice but to watch their team exceed expectations and reluctantly make a run in the playoffs.

What do you think the Thunder should do?