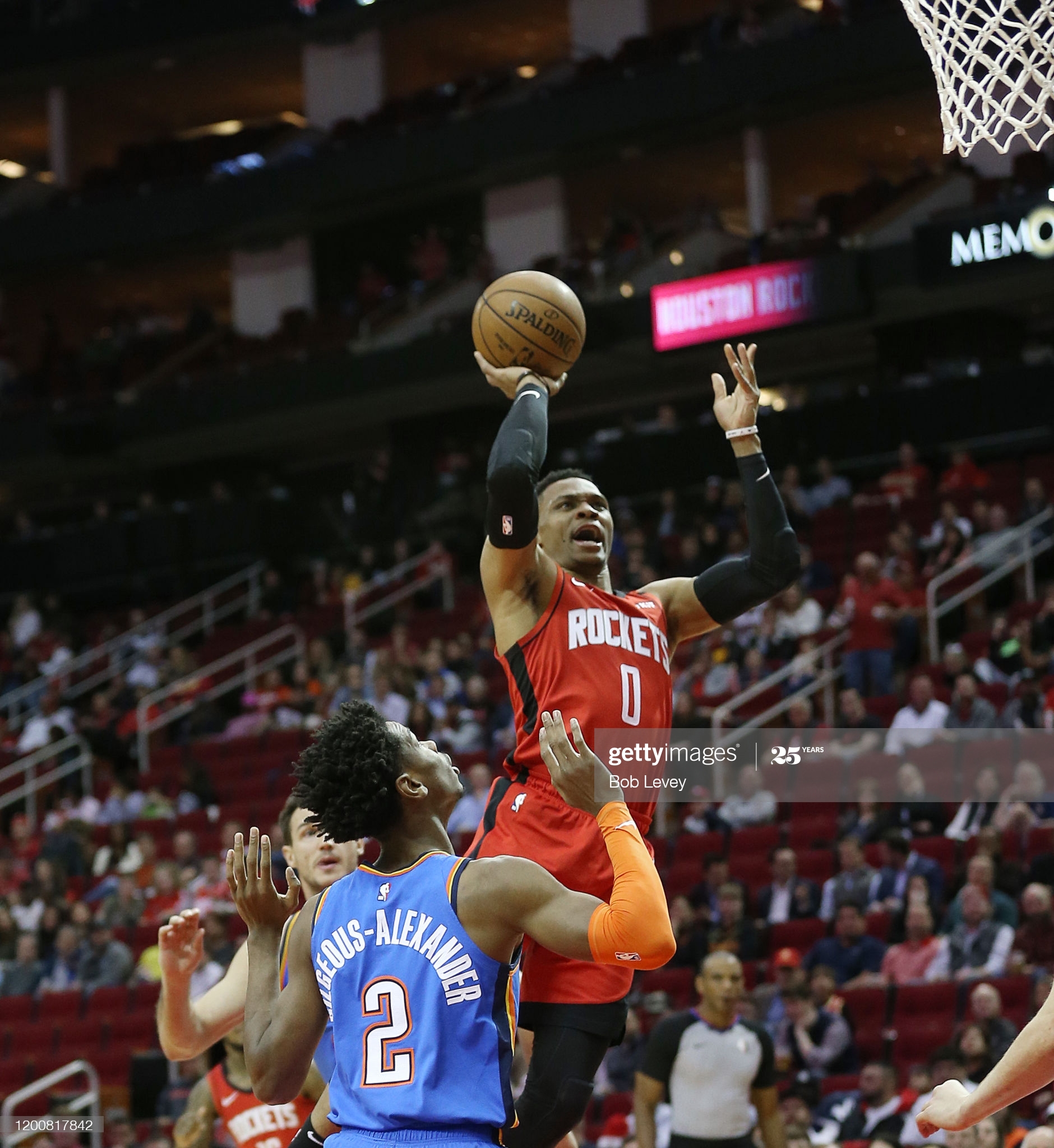 The 2020 NBA Playoffs are just around the corner. This year the Thunder, being the 5th seed, are set to play the 4th seeded Houston Rockets. A lot of history, tension, and desire from both sides to prove themselves will be showcased in what is expected to be an electric series.

The Houston Rockets have arguably the best back-court duo in the league with MVP's James Harden and Russell Westbrook running the offense. However it is the NBA upbringing of these two All-Stars that makes this matchup all the more interesting. Both Harden and Russ were drafted in the first round by the Oklahoma City Thunder in back to back years (2008-09) and, with the help of Kevin Durant, led the team to the NBA Finals in 2012. After being defeated by the Miami Heat's big three, Sam Presti sent Harden to Houston via trade. It was there that he blossomed into the top-10 player everyone knows his as today. Harden's years with the Thunder were spent as a reliable and explosive 6th Man, but Houston making arguably the trade of the decade is what got The Beard to where he is today. Westbrook, however spent every year of his career with the Thunder until he also was traded to Houston after the blockbuster sendoff of Paul George to the LA Clippers. Now the two are reunited and although there were concerns circulating around who would sacrifice time with the ball, it appears to be a successful re-pairing of two of the league's best.

On the other side of the Westbrook trade we have Chris Paul, who just before getting traded signed a huge contract extension with Houston that nowadays seems misplaced as he's on pace to spend majority of that contracts length with OKC.

After CP3 was traded to OKC, the team's projections as far as the next season went weren't so stellar. The Thunder were given a 0.2% chance to make the playoffs by ESPN Basketball Power Index. There was a strong belief around the league that Paul may not even suit up with OKC as the team was indeed looking to trade him somewhere else before the season started. However, since the veteran guard's hefty contract repelled almost all interest it appeared that Paul and the team were both stuck with one-another, so it was time to make the most of it.

And make the most of it they did as they defied pre-season odds and had a 40+ win season while Paul averaged 17 ppg, 6.8 assists, and shot just under 50% from the field.

Both the Rockets and the Thunder have been consistent playoff teams for quite some time, yet neither has won a championship in the last 20 years. In this past decade, Houston has been building an arsenal with Harden as the centerpiece since the moment they traded for him. However, the closest the Rockets came to winning it all this past decade was in the 2018 Western Conference Finals where they forced the powerhouse Golden State Warriors to a 7-game series. Unfortunately for them, Chris Paul was lost later in the series due to injury which helped the Warriors defeat the Rockets and advance to win their third ring in five years. The Rockets, now with a revamped small-ball system and the addition of Russell Westbrook, look to silence the doubters and finally reach the promised land.

The Thunder and Russell Westbrook haven't had much success on their end either, which is why some Rockets fans are worried that the Brodie is the problem. Since Kevin Durant's departure in the summer of 2016, Russ's Thunder haven't made it out of the first round (even with new acquisitions like Paul George and Carmelo Anthony). Many are quick to blame Westbrook and label him as a "ball-hog" or "stat-padder" who only cares about the numbers and not the team winning games. This series could be Westbrook's chance to silence his own doubters and prove that he can help lead a team deep in the playoffs once again; and what better way to do it than by starting against your old team.

This series is the Rockets' chance to show that they can build a superstar team, Westbrook's chance to confirm he wasn't the problem for the Thunder, and the Thunder's chance to prove that their three-peat of first round exits stops here. With so much on the line and so much to be proven for both teams and players, we as an NBA fanbase are in for an extraordinary series.