It’s time we talk about retiring Nick Collison’s jersey at the end of the season. Although his future in the NBA after this coming season is still in question, it certainly seems as though this will be the swan song for the big man. For as long as the Oklahoma City Thunder have been a “thing,” Nick Collison has been a member of Thunder. Hell, he was even a member before they became the Thunder. In fact, now that Durant is gone, he is the last remaining carryover from the Seattle Supersonics, and alongside Russell Westbrook the only remaining player from the Thunder’s inaugural roster. Quite an achievement, to say the least.

My on the court love affair with Nick Collison has nothing to do with stats, but about his character. In my opinion, he is, and has always been, the ultimate garbage player. He’s the guy battling mercilessly under the rim to position himself for a rebound. He’s the guy using more than his entire frame to box you out from getting a rebound. He’s the guy busting his ass to get down the court fast enough to get set up to take a hard charge on what looked like a sure-fire fast break score. He’s the guy that will dive head first into the floor to go after a ball…even if the game is no longer in doubt. Dudes got heart. He just goes all out in everything he does on the court. He’s a pest, a nuisance, a pain-in-the-ass, and an all around relentless defender who drives his opponents’ crazy with his non-stop effort. 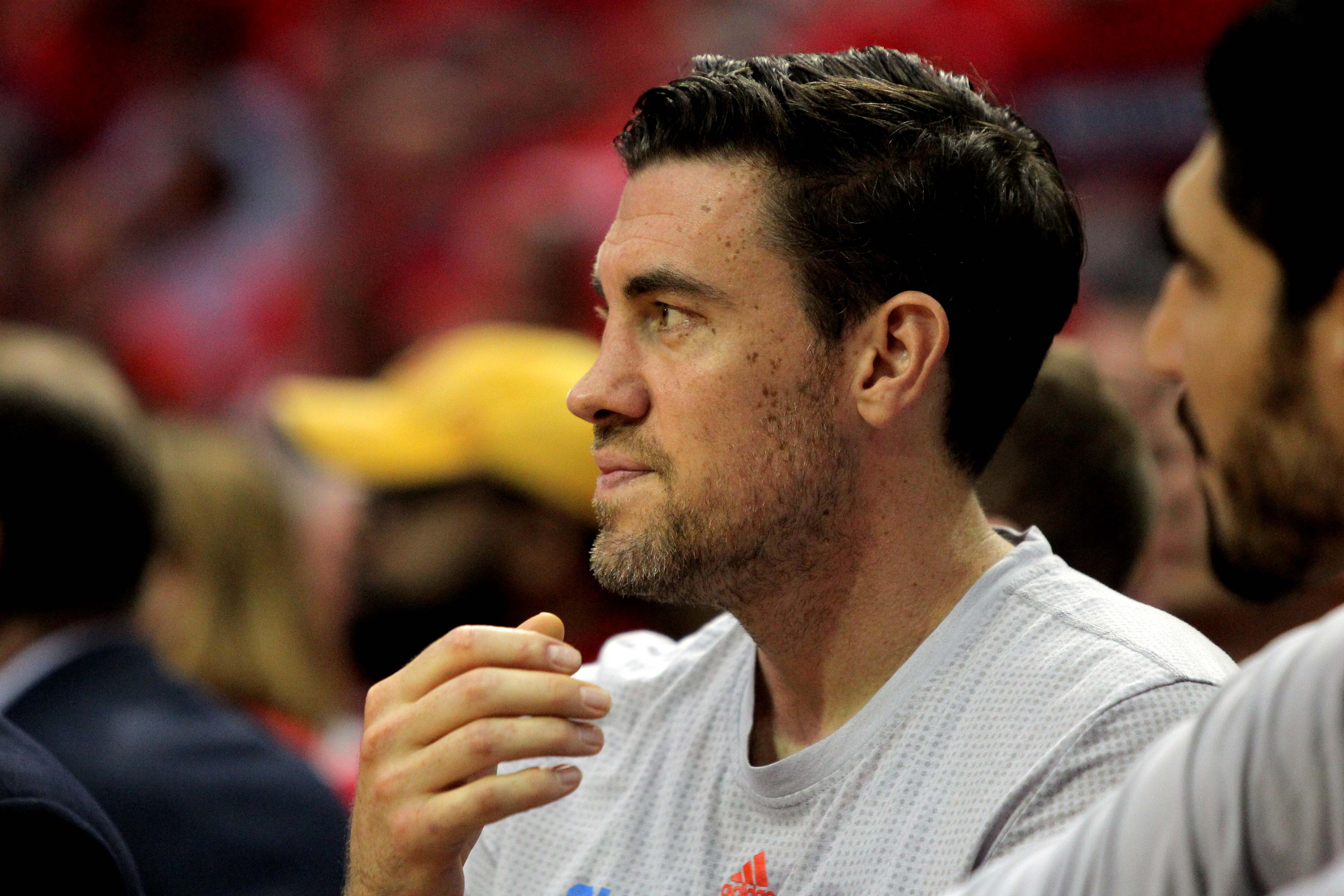 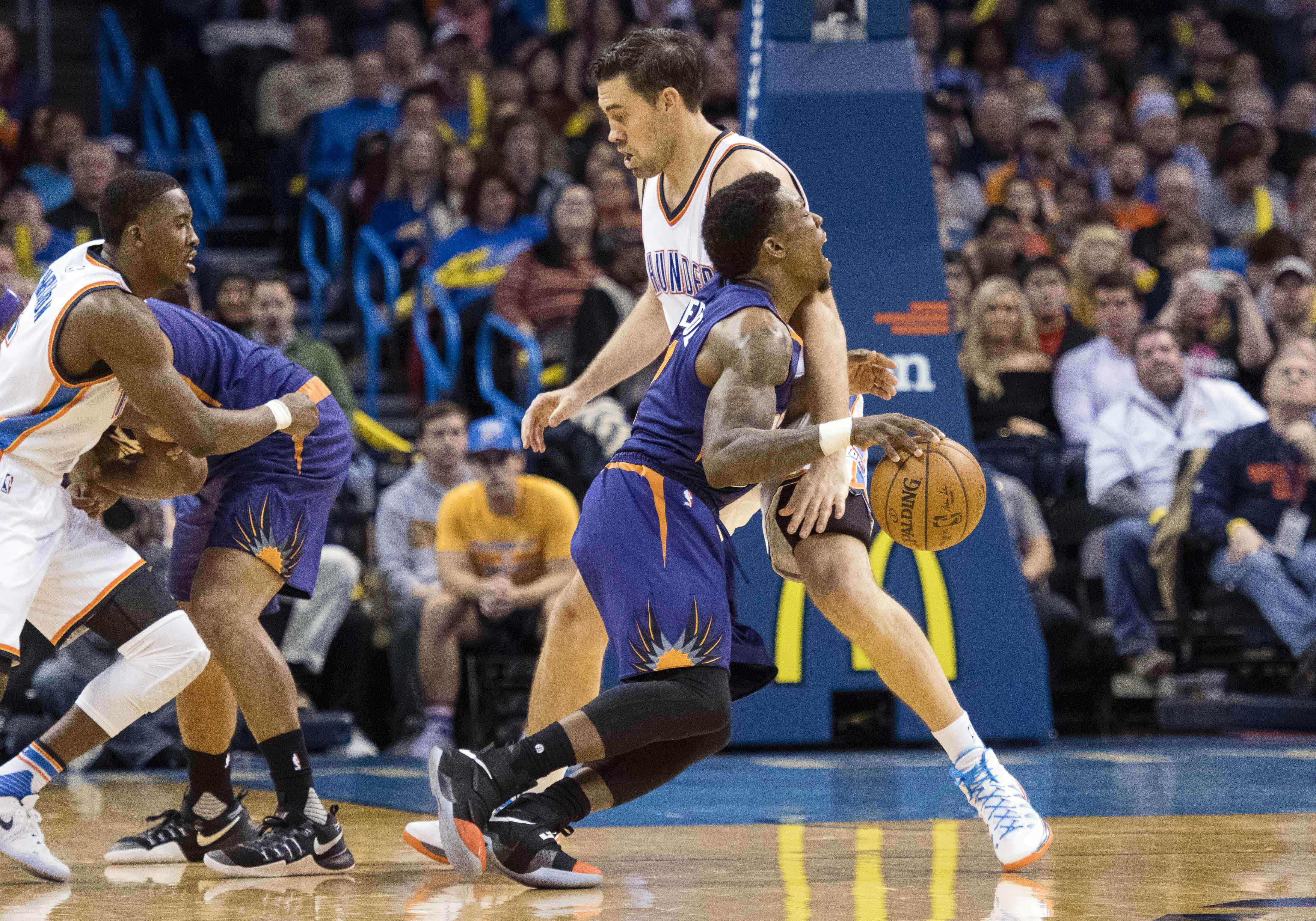 But if you don’t want to take my word for it, how about DeAndre Jordans? Check out THIS article on YARDBARKER from earlier this year to hear what he has to say about Nick Collison.

Off the court, it can all be summed by the fact he is still using this photo-shopped image of him I made over 6 years ago as his twitter avatar. I mean seriously, what more is there to say about that? I love it so much that I’ve already mentioned and link to it twice in three articles since returning to the site. How’s that for self-promotion? Anyway, to me that just speaks to his attitude, sense of humor, and what kind of person he is off the court, just an all-around good guy.

Yes, his playing time continues to diminish as he gets older, and yes, he barely saw action at all last season, but you know what, he still gave full effort every time he stepped on the court. Obviously, the Thunder see the value in everything he has brought to the organization, the team, and even the City, because they signed him to a final year farewell (at least that is what it looks like) contract when they really didn’t need or have to. In my mind, they definitely signed him to a one-year deal to give him the opportunity to retire as a member of the Thunder. Sure, when asked, Collison did state that he was unsure of his future after this coming season and could very well wind up wearing another uniform to finish out his career. That said, he’ll be 37 when the season starts, and if his playing time declines even more this year, it may be hard to even get the minimum veteran deal with another team.

In short, I may be jumping the gun here, but I’m putting out the rallying cry to theThunder organization itself to let Nick go out with a bang. At the end of this upcoming season they should announce that the team will be retiring Nick’s jersey so he will be the only Thunder player to ever have worn the number four.

Before you make your final voting decision, here are Nick’s career stats...

Here is to you Nick! Whether its your final season or not, we are throwing up our glasses to you sir!

What do you think? Should we retire Collison’s jersey? Or, am I out of my damn mind?

This poll is closed