Is the NBA Ready for a Female Head Coach?

Is the NBA ready for a Female Head Coach? Guest Writer Phil Naessens shares his thoughts and describes a perfect situation for this to happen at

Share All sharing options for: Is the NBA Ready for a Female Head Coach?

When I was growing up, there were a couple of things I thought I would never see in my lifetime; a woman being elected President of the United States and a woman becoming a Head Coach in the National Hockey League, National Football League, National Basketball Association or Major League Baseball.

The core four of professional sports in America is one of the last "male only" professions in the world.

While we may or may not see a lady POTUS, I'm starting to believe that we just might see a woman being hired as a Head Coach, and I have every reason to believe it will be the National Basketball Association that will allow this to happen.

Despite this impressive level of progressiveness by the NBA, it's been a bit bumpier of a ride for the ladies desiring to coach in the NBA.

In 2001, Stephanie Ready became the first lady assistant coach of a men's professional basketball team when she coached the Greenville Groove of the National Basketball Development League.

It took eight more years for the next lady to make her mark; In 2009 Nancy Lieberman became the first woman head coach of a men's professional team when she took the helm of Texas Legends, an NBA Development Team of the Dallas Mavericks.

Is the moment approaching for a top coaching gig? In 2014, we saw the following major developments in the NBA:

Is the NBA ready for a female Head Coach?

Whether or not the NBA is ready, it's eventually going to happen, and I believe sooner rather than later.

The most opined objection seems to be the authority issue, and whether the players listen to a female head coach. I'm not buying that one, as there has been enough evidence this season alone to suggest that NBA players at times don't listen to their male coach either!  I think that argument is more of an excuse against lady Head Coaches than a legitimate reason not to hire a female Head Coach.

Another objection I recently heard was from an Oklahoma City Thunder fan. Her claim was that women shouldn't be in a men's locker-room, or even working on the sidelines as a reporter in football. As absurd as that sounds, there are still folks with that archaic way of thinking despite hardly any evidence to support it. 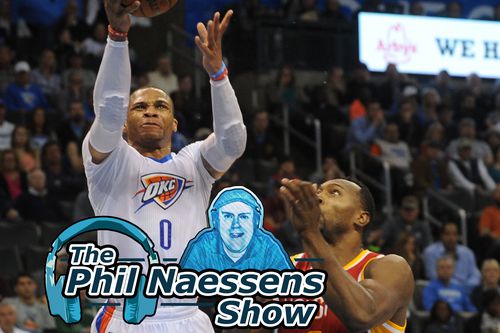 For more of Naessens' weekly analysis of the NBA and more, listen to the Phil Naessens Show!

The last objection that I've recently heard is how the media would treat the first female Head Coach. The argument goes that the scrutiny would be "awful" and unfair and if hiring a female Head Coach in the NBA were going to happen it would need to be a "perfect situation."

As luck would have it there is a "perfect situation;" the Oklahoma City Thunder.

When healthy, the Oklahoma City Thunder has a powerhouse of a team. They boast the reigning NBA MVP in Kevin Durant; they boast a possible NBA MVP candidate in Russell Westbrook, and a top twenty player in Serge Ibaka.

The Thunder also has up and coming defensive stoppers Steven Adams and Andre Roberson. Add in Enes Kanter and solid bench players in D.J. Augustin, Dion Waiters, Anthony Morrow, Nick Collison, Jeremy Lamb and Mitch McGary and it would be difficult to find a more "perfect situation" that is such a massive collection of talent that is ready to win now.

There are a couple of viable female candidates currently involved in the NBA.

Nancy Lieberman currently works as an analyst for Thunder Live on Fox Sports Oklahoma. As previously mentioned, she has Head Coaching experience in the NBA Development League. I've watched Thunder Live and I was impressed with her knowledge of the X's and O's of NBA basketball and her passion for the game.

As mentioned before Becky Hammon, is currently working as a full time assistant coach with the San Antonio Spurs. There can be no greater recommendation than to be hired by none other than Gregg Popovich.

I don't think its going to matter if the NBA is ready for a woman to be named a Head Coach in the NBA. It's only a matter of time. There is no more perfect time or perfect situation than now with the Oklahoma City Thunder.

The Oklahoma City Thunder search for a new head coach