Westbrook was one point shy of tying Wilt Chamberlain's All-Star Game record of 42.

Kevin Durant said Russell Westbrook would win MVP one day. Well, he was right... kind of.

The drama came in the fourth quarter, when Westbrook was pulled with just under six minutes remaining with 36 points. West coach Steve Kerr still ended up giving him a chance to gun for the record with about two and a half minutes remaining but it may have been too late.

Look Back: Why I love Westbrook 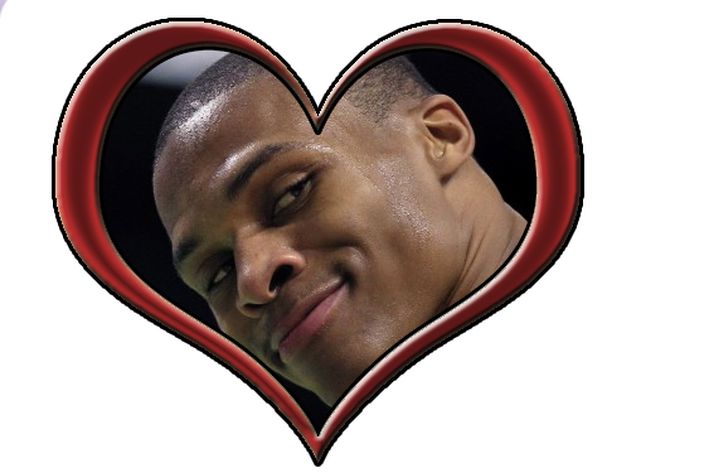 A look back at Russell Westbrook's rise in the playoffs last year, fighting past criticism to leave his mark.

Former teammate James Harden finished with 29 points, 8 rebounds and 8 assists, and was Westbrook's biggest challenger for the award. Harden also dribbled out the shot clock and jacked up a 3-pointer in the final minute, rather than feeding Westbrook. Still, no one took more shots than Westbrook, so it's hard to complain too much - especially since he missed a couple layups in those final two and half minutes that could have put him over the edge.

Kevin Durant only played 10 minutes and finished 1-6 for 3 points (his one make was a 3-pointer assisted by Westbrook). It lowered Durant's All-Star Game scoring percentage to 26.0, still best all-time.

Westbrook's team came in second place in the Shooting Stars challenge last night, so this was the first win for a Thunder player on the weekend.

It's quite the accomplishment for Westbrook, who has used an MVP-caliber first half of the season to establish himself as more than just Durant's sidekick. Both Thunder stars now have won an All-Star Game MVP.