Here is your summer Thunder shopping guide, spend your cash on what I tell you to

Share All sharing options for: Here is your summer Thunder shopping guide, spend your cash on what I tell you to

Over at SB Nation's Phoenix Suns site, Bright Side of the Sun (a wonderful community if I do say so myself), their writer Keith M. Scheessele went eBay hunting for cool Suns posters. J.A. linked it in the WTLC email group, and it made me think, "What a great idea for content! Find some cool stuff to buy on the Internet, and tell other folks to spend their money on it! I should do it too!"

Admittedly, that's probably easier with the Suns than the Thunder. The Thunder don't have a long history in Oklahoma City, and this fanbase doesn't exactly embrace its Seattle SuperSonics roots. None of you guys want these super cool Shawn Kemp socks from Stance, right?

(Also, be careful buying stuff on the Internet because I don't want to get yelled at if you get sent bogus stuff or kidnapped or something) 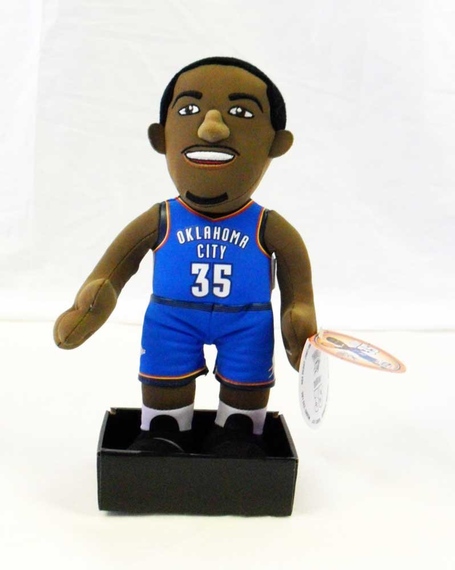 I think this is awesome, even if this doll looks nothing like Durant and it has an abnormally large thigh gap. What it represents nonetheless is affection for your favorite NBA player, perhaps even in a weird way if you replace your old plush toy doggie that you usually sleep with for this. Alternatively, you can close your eyes and randomly throw KD somewhere on the floor, just like Scott Brooks does. 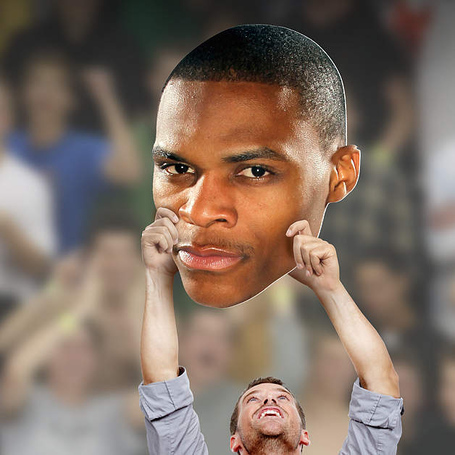 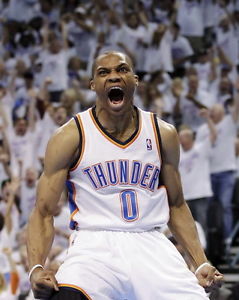 Similar to above. Except that I think you just have to want this one even more. 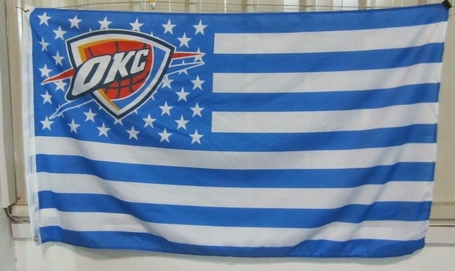 Want to bring something to a game? Bring this and become a hero. I've never even lived in the States, and I want to get to this for the MERICA factor. 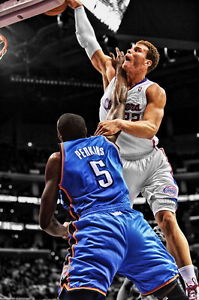 Look, this is going to be Perk's last season with the Thunder. Why not save the memories? 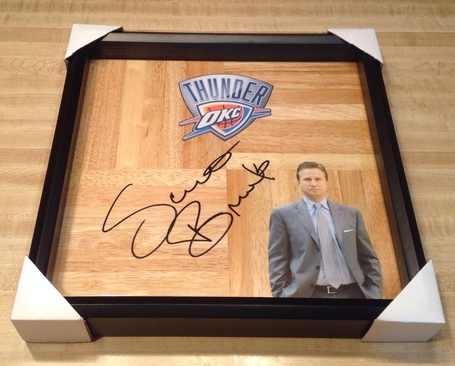 You're getting ripped off here. But it's A FRAMED FLOORBOARD. THAT SCOTT BROOKS SIGNED. Just accept that somebody knows how to get to you, and pay up. You could hang this floorboard on your wall, or even take it out of the frame and install it into your floor. Both ideas win. 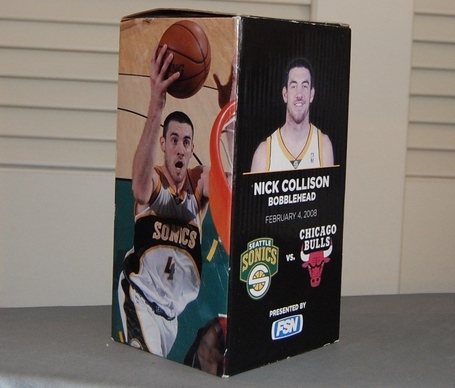 Do we not all hate the SuperSonics? Do we like Nick Collison? Dope, get this Sonics Collison bobblehead. Sonics Collison is not only our only real link to the franchise's Sonics roots these days, but he's also just the perfect kind of personality to get a retro bobblehead for. It's just so perfect. 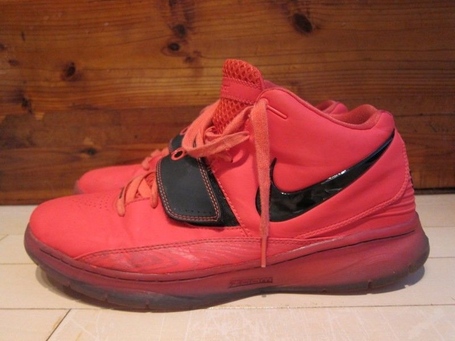 It looks like Durant's leaving Nike for Under Armour, so that basically means you're going to have give up buying new Durant shoes for a while. That means it's the perfect time to go pick up a retro, and this one comes relatively cheap even after the international shipping fee. All-red kicks have been in ever since Kanye's Red October Yeezys hit. Don't even be bothered by the fact that some other dude has got his feet all in up these already.

Alternatively, these KDI's cost $55.00 and they're pretty nice too with a white and blue gradient across the shoe. 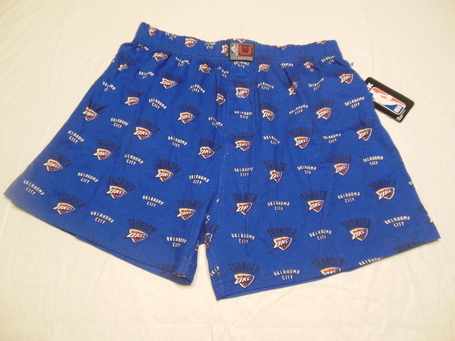 And now we are on to the absurdly overpriced Westbrook fashion products portion of this post. I mainly think you should buy this because Westbrook is wearing this in my desktop background, which also features Megan Fox and what's left of her relevancy in 2014. This should look real good with the Thunder boxers.

Many of the Westbrook brand sunglasses look good. But this one channels Westbrook hardest. I could totally envision Russ wearing this with an outfit featuring suspenders, or something. If Russ can rock it, you can too! I'm sure that's the main message that his sunglasses brand sends. 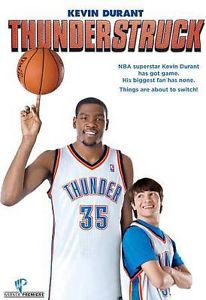 Frozen costs like $30 on Blu-Ray. I never watched Thunderstruck and I can only imagine it's awful, but 30 copies of Thunderstruck has to better value than one copy of Frozen. And I loved Frozen. Get this one, it costs less than your lunch will and you can watch a fiction film about a bad Kevin Durant. Imagine that.