Kevin Durant and the city of Durant, Oklahoma

There is a small town in Oklahoma named Durant, and to my surprise, the city shares many similarities with the league's MVP.

Share All sharing options for: Kevin Durant and the city of Durant, Oklahoma

As I was doing my random Google searches for Kevin Durant for the day, I came across the fact that there is actually a city in Oklahoma called Durant. While you may think it is just a coincidence, I for one think they are directly related in a few ways.

Durant, Oklahoma is home to 16,891 people, according to the 2013 Census estimate. Durant has scored 16,960 points in his career so far. Those numbers are too close not to mean anything.

The highest recorded temperature in Durant, OK was 118 degrees in 1948. I think that is how hot Durant was on this night.

Durant has a "World's Largest Peanut" monument. We have seen throughout his career, Durant has large peanuts as well. 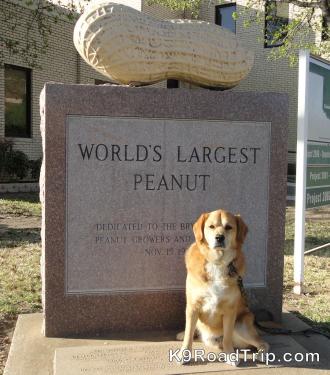 Still can't believe this went in.

Durant has four wards in the city. KD has four scoring titles. This is getting weird.

In 2006, the city of Durant was a All-American City Award finalist. Kevin Durant was the 2006 McDonald's All-American game MVP, scoring 25 points in 18 minutes. Both were heading to the top at the same time.

You can be boring and think this is stupid or you can interpret this with an open mind. Is Durant going to stay in Oklahoma the rest of his life? I would say this makes it seem likely. Are Durant and Dennis Rodman, a native of Durant, related? Possibly. Siblings are often polar opposites. Why are people talking about Durant going back to D.C. when he is already in a state where a city is seemingly named after him? I have no idea. Take all this for what you want. But don't say I didn't lay this out there for you.