Virtual realities collide: the 2012 Oklahoma City Thunder vs the 1996 Seattle Supersonics, a primer

The OKC and Seattle fanbases have endured a difficult relationship over the years. Can we bridge the gap by creating a virtual series that would end all other virtual series? Let's make it happen!

Share All sharing options for: Virtual realities collide: the 2012 Oklahoma City Thunder vs the 1996 Seattle Supersonics, a primer

One of the greatest questions that sports fans entertain is the idea of, "what if?" It allows us to take our sports-saturated brains into all the corners and crevices that reality does not.

"What if Russell Westbrook didn't get hit by Patrick Beverley?"

"What if Michael Jordan didn't go and play baseball?"

"What if the city of Seattle didn't lose their team?"

"What if alternate realities collided and the 1996 Sonics played the 2012 Thunder?"

While we cannot do much about the first four hypotheticals, perhaps there is something that can be done about the last one. And who better than the good folks at Sonics Rising to help us? 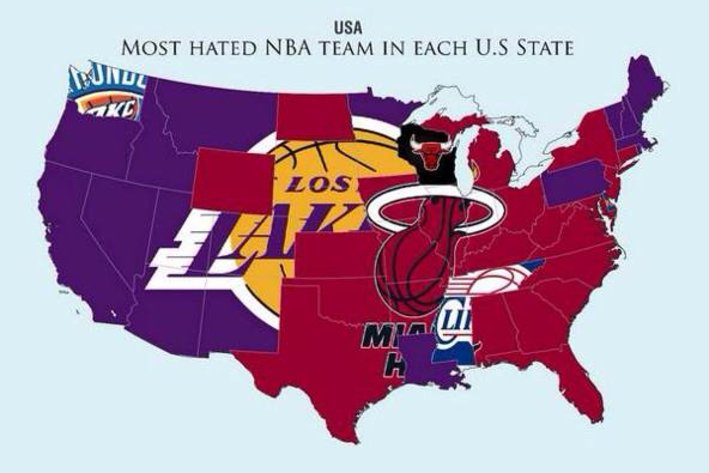 This image isn't surprising at all.

Let's make it happen. Starting next week, the crews at Sonics Rising and WTLC are going to break it down. And then light it up. We're going to give you a week of player breakdowns, with the Thunder guys vs their Sonics counterparts. Here is what it will look like, starting on Monday:

You'll come here, and then you'll go there. You will get a taste of our respective teams' best analysts to figure out how the 2012 Thunder and 1996 Sonics match up, player by player. Why 2012 vs 1996? In part because in both cases, you had each team's apex of collective talent, and in both cases they came up a few games short against the league's best player (LeBron James in 2012, Michael Jordan in 1996). It makes sense.
Following a week of matchup analysis, we will be playing the games. Virtually. Using a 3rd party, we will be running game simulations to create a playoff series between the two squads. The sims will include a full box score as well as a play-by-play description for each quarter. We will run the simulation and couple it with a game recap to break down the game's result. On top of that, we will feature a ReplyAll discussion between the two sites' writers to play "talking heads" and debate how it so happened that Westbrook managed to drop a triple-double on the league's supposed "best" defensive ace, or how Kemp's perimeter game is keeping apace with KD's.
If we can't watch hoops on TV, we can watch it in our minds, and we can do it featuring one of the most fascinating rivalries between fanbases that you'll ever see. So let's do it, and let's have fun with it.
As a reminder, the Sonics guys are our brethren and we want them to succeed in getting a team for their city. They've been our guests here before, and their opinions are always welcome. Let's keep it fun and clean and enjoy debating this virtual event.
vs