Share All sharing options for: Report: Anthony Morrow has agreed to join the Oklahoma City Thunder

It doesn't look like the Oklahoma City Thunder are going to acquire Pau Gasol anymore, but they quickly turned around and reached an agreement with free agent Anthony Morrow to join the Thunder on a three years/$10 million deal.

The Oklahoman's Darnell Mayberry first reported the signing on Twitter:

Anthony Morrow has agreed to join the Thunder, giving Oklahoma City a 3-point shooter and depth on the wing. Story coming soon. 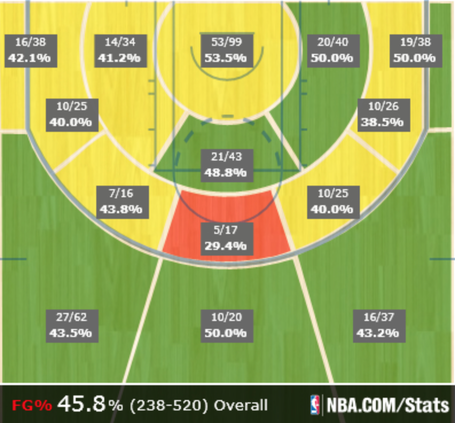 Morrow is a great shooter first and foremost, especially from beyond the arc. Since James Harden was traded to the Rockets, the Thunder were struggling to acquire a reliable shooter, and finally they did now. This is going to relieve the load of pressure on Westbrook and Durant offensively. Beside them, he'll fit perfectly, and will do an effective job spreading the floor.

Morrow will be a valuable asset on the roster, particularly in the playoffs where he will add more shooting to the Thunder offense. That's what they need most right now.

The Thunder's pursuit of Anthony Morrow