Derek Fisher concluded his NBA career with the Thunder. How did he finish?

Derek Fisher is an 18-year veteran that came into the league in 1996 with Kobe Bryant and captured 5 NBA championships throughout his career with the Los Angeles Lakers. Unfortunately for all of us, he couldn't get his sixth ring with the Oklahoma City Thunder. Fisher is the all-time leader in playoff games and wins with 161 (!!!). That's pretty remarkable. One of those wins came against the San Antonio Spurs in 2004 where he hit the famous "0.4" shot. Fisher finished his career with the Thunder and ran off the court for the final time and now has landed the New York Knicks head coaching job, just 10 days after his playing career came to a close.

I don't think any of us had real expectations of what to expect from Derek Fisher. I think it came to a point that we hoped that Scott Brooks wouldn't give him heavy minutes, which I think he did a good job of when he had his team at full strength. My expectation from Fisher was around 12-15 minutes a game and the least I mentioned his name, the better. The expectation off the court was to lead this team in ways other than on the basketball court.

How the lockout led to Derek Fisher being overpaid 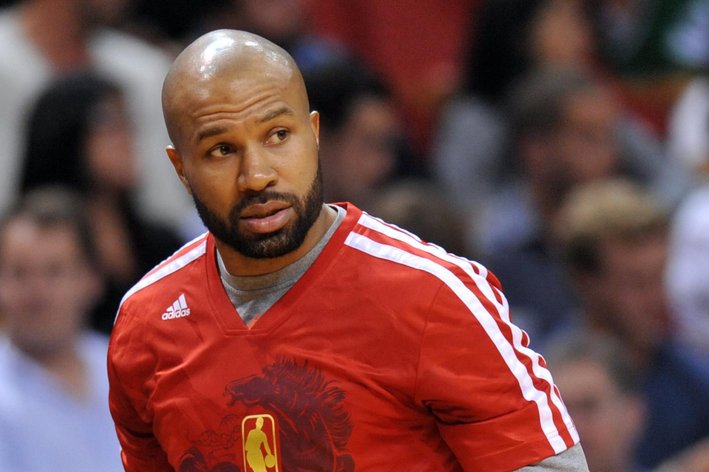 There are fewer ways for spendthrift owners to burn cash these days. Unproven coaches is one.

I think this was a very successful season for Derek Fisher. He shot 38% from behind the arc, and sometimes when the Thunder were down early, he would step in and make a couple of big time three's. He played in all 82 games, which at his age is admirable (even though he's bigger than half the NBA) and he played effectively for the most part. He took over the backup role when Russell Westbrook went down and the Thunder had some of their best stretches in the season when he was the backup. Fisher was always a good vocal leader for this team and even though he didn't have his best game at this age, he was still a viable option for Scott Brooks and the Thunder.

We saw Fisher's production go down in the playoffs, but what else could we expect from a guy playing over 100 games at the age of 39? He had his fair share of good games throughout the post-season, but he also had tough tasks. He had to deal with Boris Diaw who is bigger and taller than him in the San Antonio series and well, we all know how that worked out. I don't think Fisher was bad in the playoffs, I just think that his body, even as fit as it is, wore down during the final stretch.

This took me about twenty minutes to remember, but when I finally got it, it was one of those "of course" moments. Derek Fisher going 5-for-5 from three against the Miami Heat in their first meeting this season, after the Thunder got off to that AWFUL start. Fisher got the Thunder going with a couple of three's and he was awesome. 15 points for Fisher against the two-time defending champions at age 39. You go, Fish.

Well, Derek Fisher's playing career officially ended on Tuesday afternoon when he was announced as the 26th coach of the New York Knicks. He's going to be learning some more under Phil Jackson and I do think he'll turn out to be a very good basketball coach.

D: Did not meet expectations