We take you through a hypothetical film room session with Pop and the gang....Mad Men style. 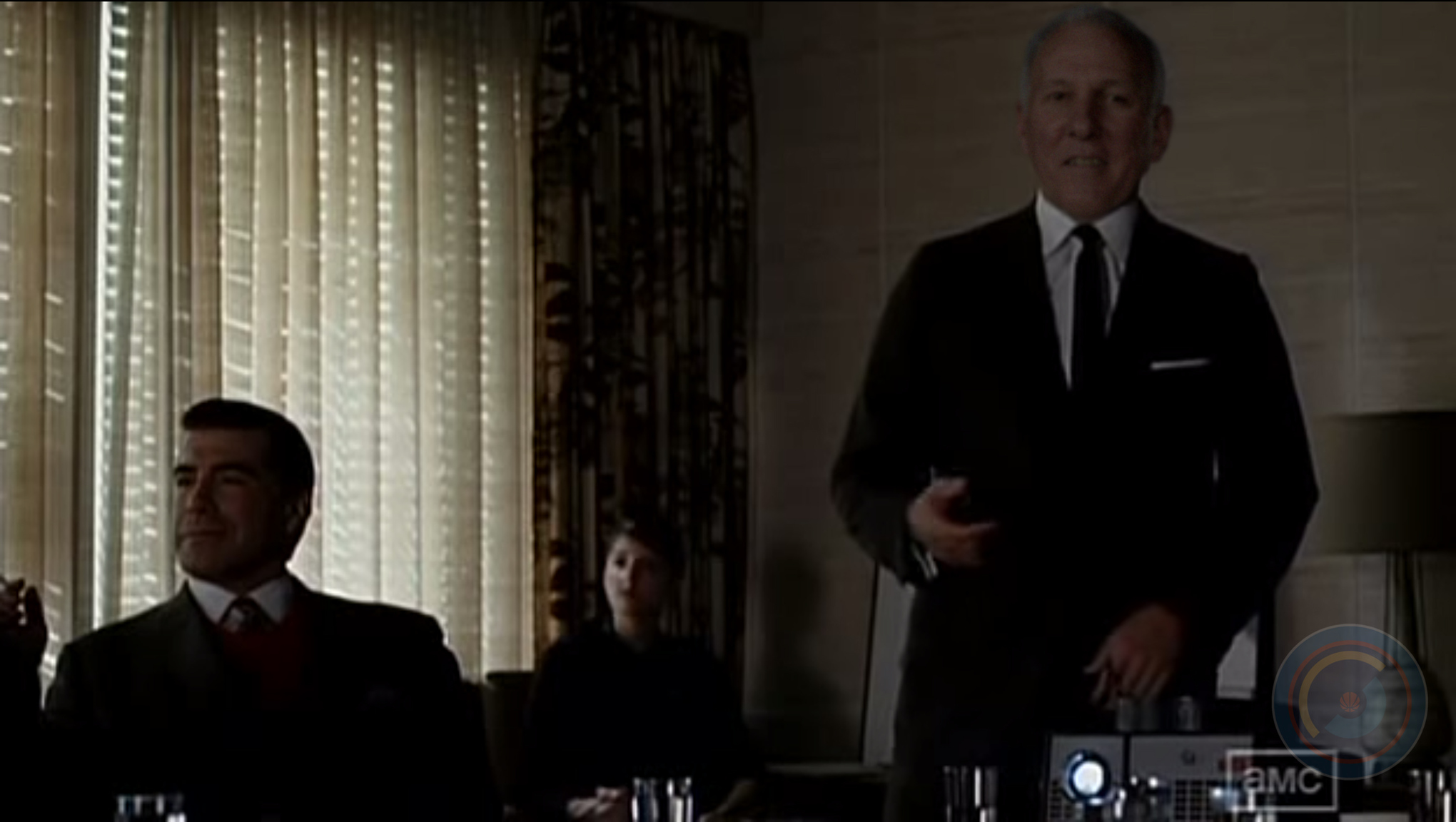 Nostalgia. It’s delicate, but potent. My first job, I was an assistant coach at the Air Force Academy with this old pro coach. Gorgeous hair. Named Hank…and Hank told me the most important idea in basketball is "youth." 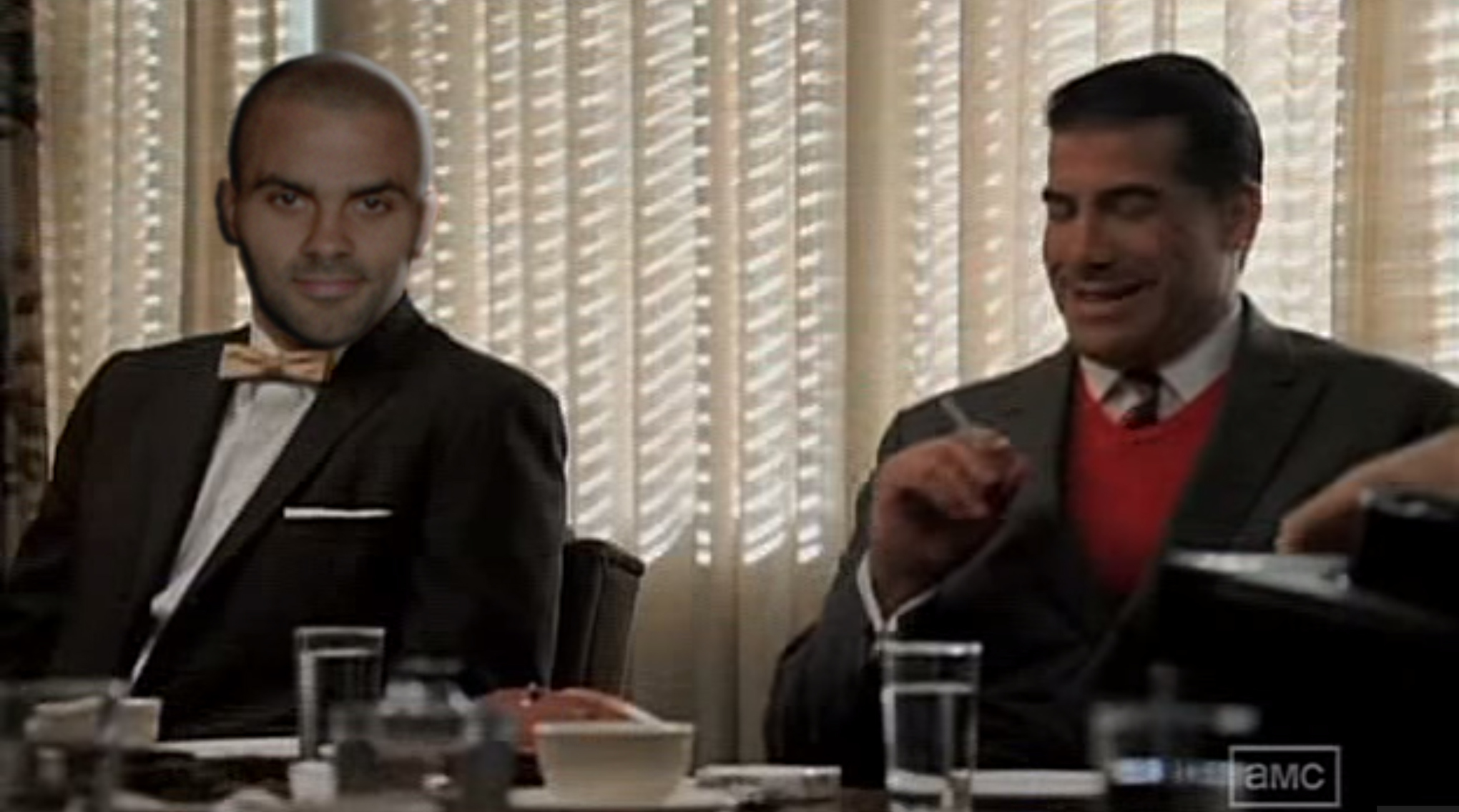 It creates an itch. You simply put your younger players, your Ibaka's, in there as a kind of calamine notion. It’s delicate…but potent. 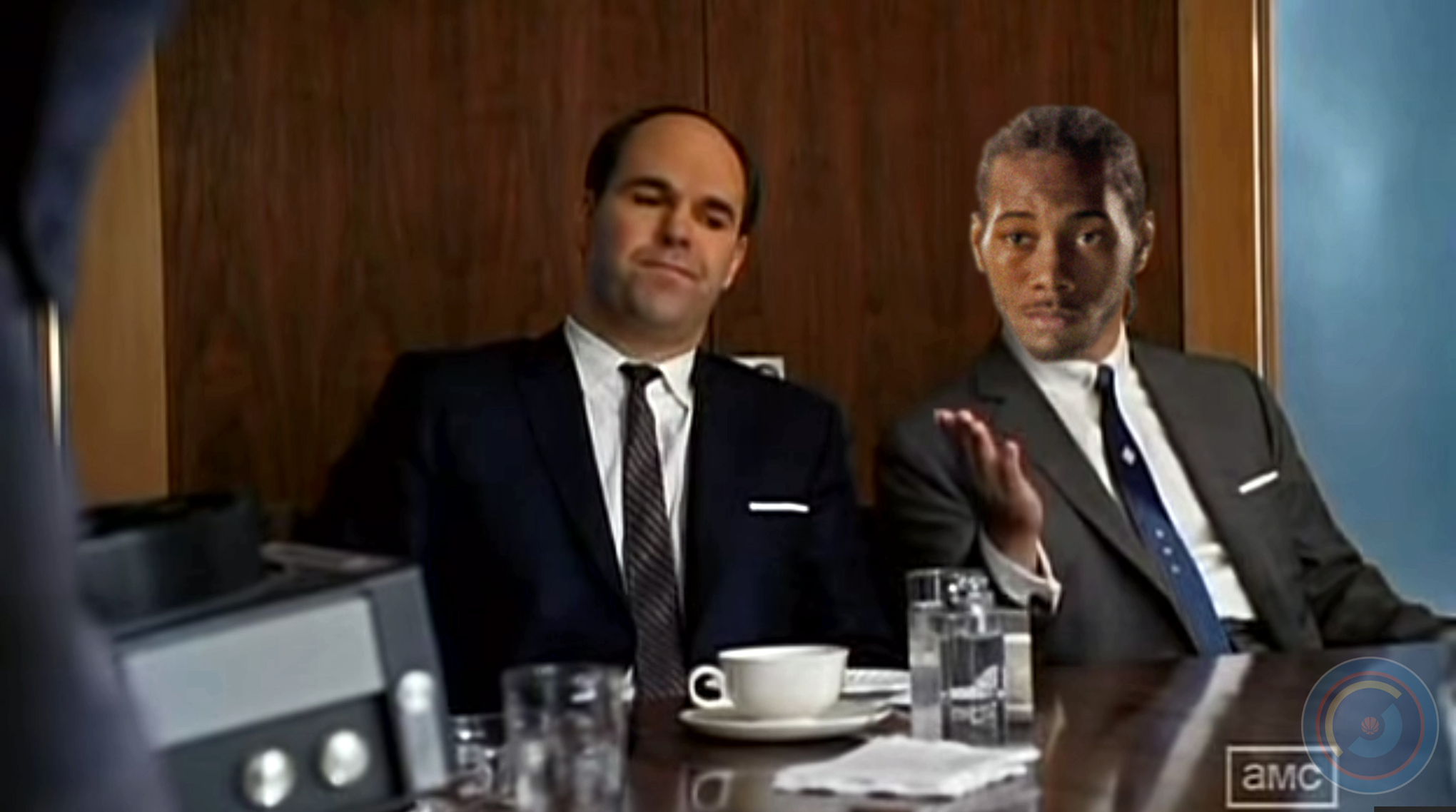 Hank told me that nostalgia literally means "pain from an old wound." It’s a twinge in your heart, far more powerful than memory alone. This device isn’t a spaceship. It’s a time machine. 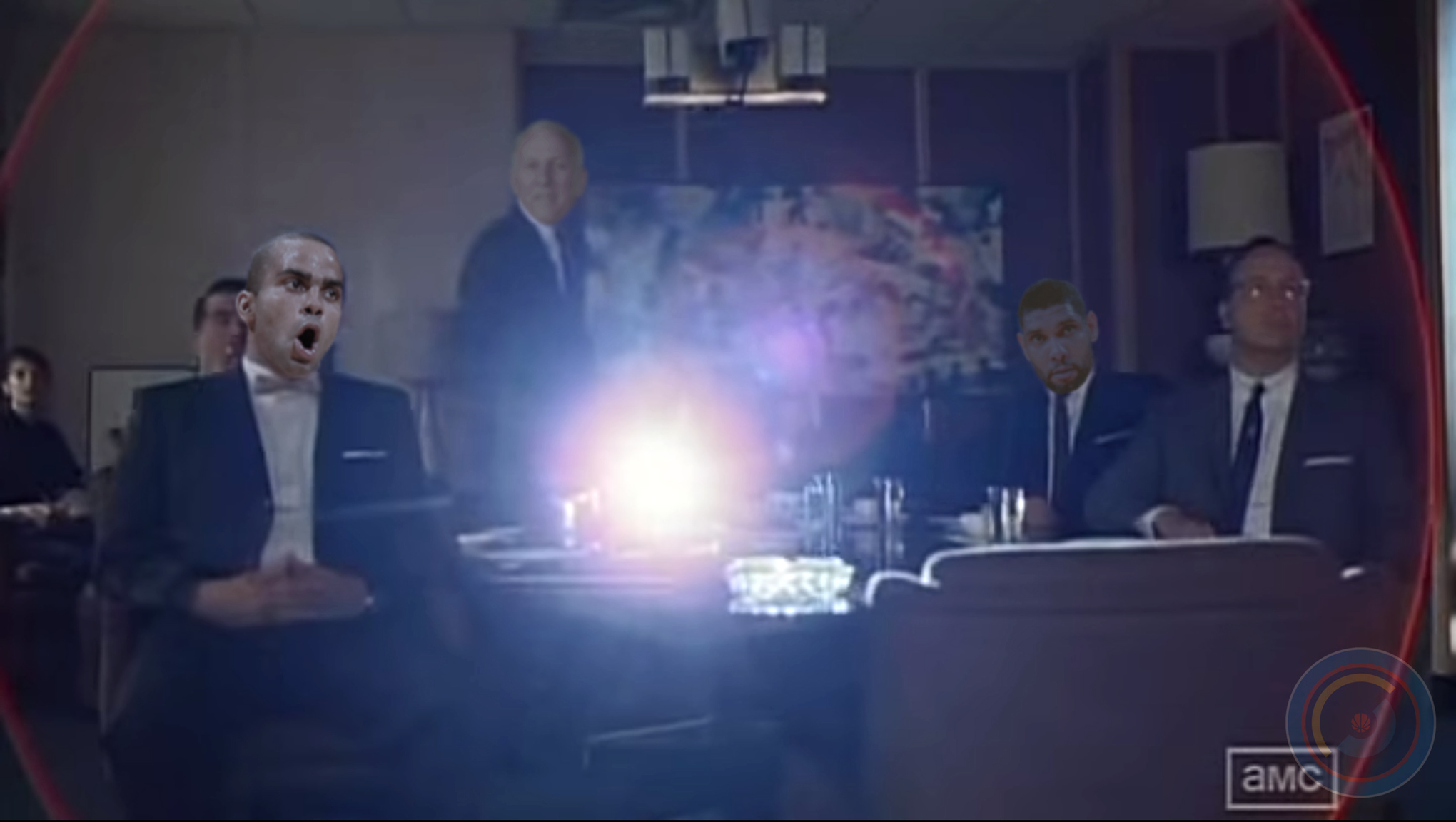 It goes backwards, forwards, and probably back to San Antonio for Game 7. It takes us to a place where we ache to go again. 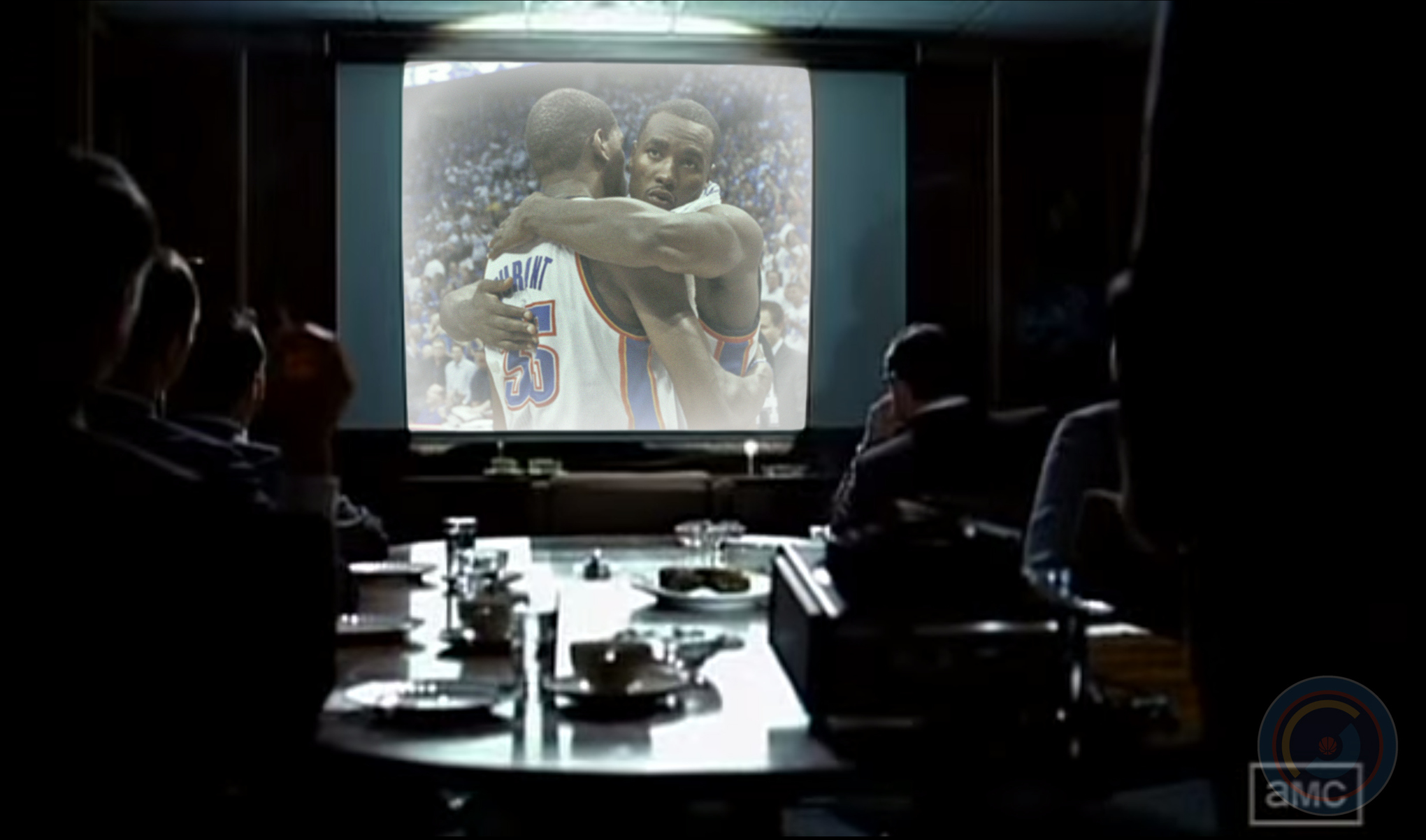 It’s not called, "The NBA Finals." It’s called, "The Western Conference Finals." It lets us travel the way a child travels. Around and around, ...and back home again after game 7...to a place where we know we are loved. To go fishing. 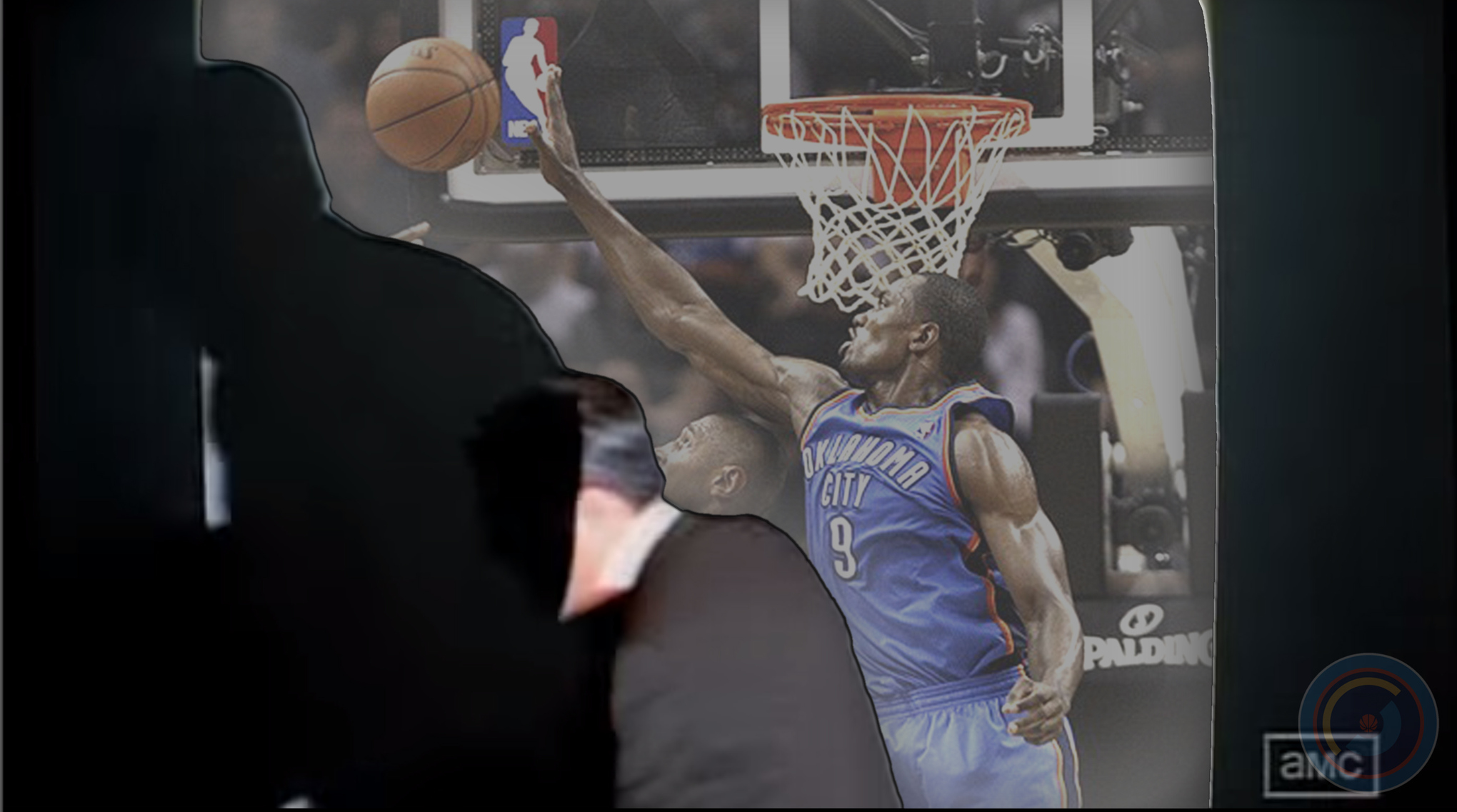 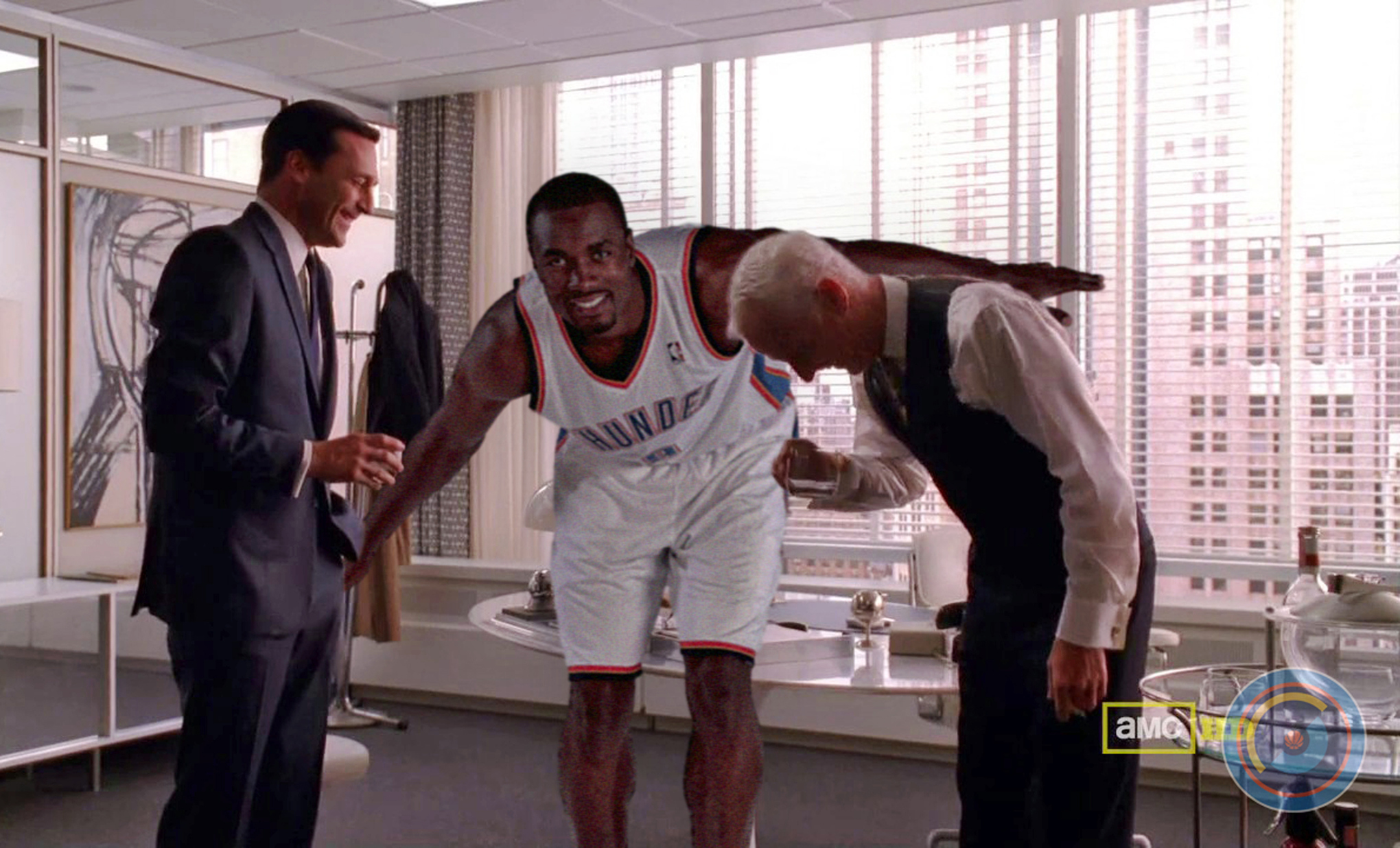