Who are the Thunder player's look-alikes?

It has been a stressful time for Thunder fans around the world.  They are down 2-1, and the health of Serge Ibaka is unknown and inconsistent.  Instead of writing a gruesome piece on "How James Harden could have helped" or "How the Thunder can survive without Serge Ibaka", I thought, 'why not lighten the mood?'

What is a doppelganger?  Someone or something that looks like another thing.  For example: Will Ferrell's doppelganger is Chad Smith, the drummer of the Red Hot Chili Peppers. Here are the 2014 OKC Thunder doppelgangers. 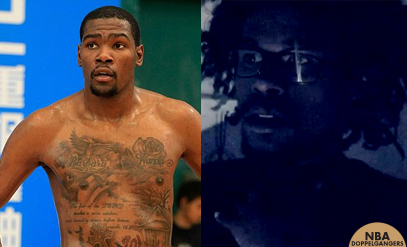 The Slim Reaper has a distinguishable body.  If you take the hair and glasses off of Moth God, you get the 2014 MVP. 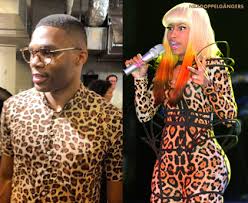 Russell Westbrook and Nicki Minaj don't have much in common.  But both have eccentric taste in clothes, as seen above. 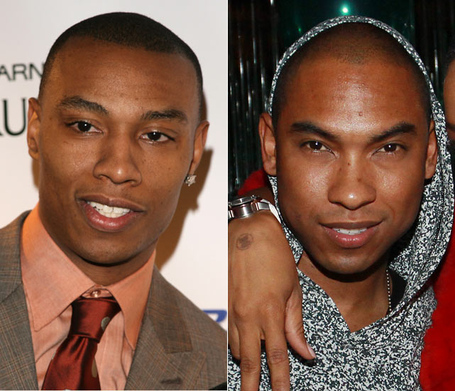 Caron Butler and Miguel may have identical faces, but Butler has 1 foot on Miguel...so good luck telling these two apart. 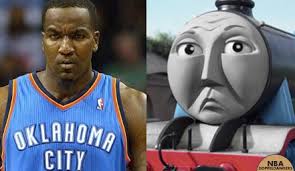 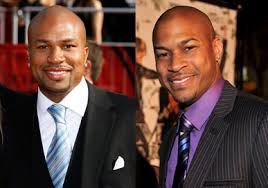 Everything from their bald head to their smile matches perfectly.  You might as well call them twins. 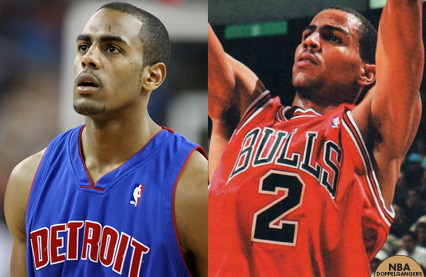 This may be a shot of Thabo when he was playing in Chicago, but no other picture could have captured how identical him and Arron Afflalo look. 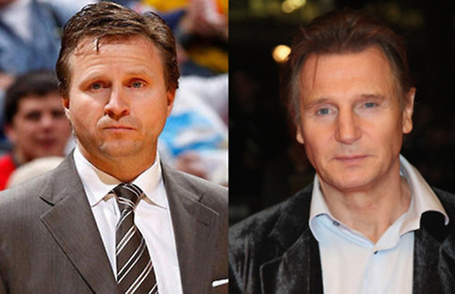 The only difference between Scott Brooks and Liam Neeson would be the level of bada**-ness, which of course leans in favor of Brooks.