Game One defense: Impressive OKC performance setting the tone for the series?

The Oklahoma City Thunder's good defense is back and looking as great as ever.

Share All sharing options for: Game One defense: Impressive OKC performance setting the tone for the series?

The story of Game 1 between the Oklahoma City Thunder and the Memphis Grizzlies was the Thunder's defense. Apart from the Grizzlies' brief moment of resurgence in the third quarter in which they shot 58.3% from the field, the Thunder held them to 28.4% shooting. The Grizzlies made two threes the entire night on 11 attempts, and to make things even more difficult for themselves, they shot 58.1% from the free throw line. 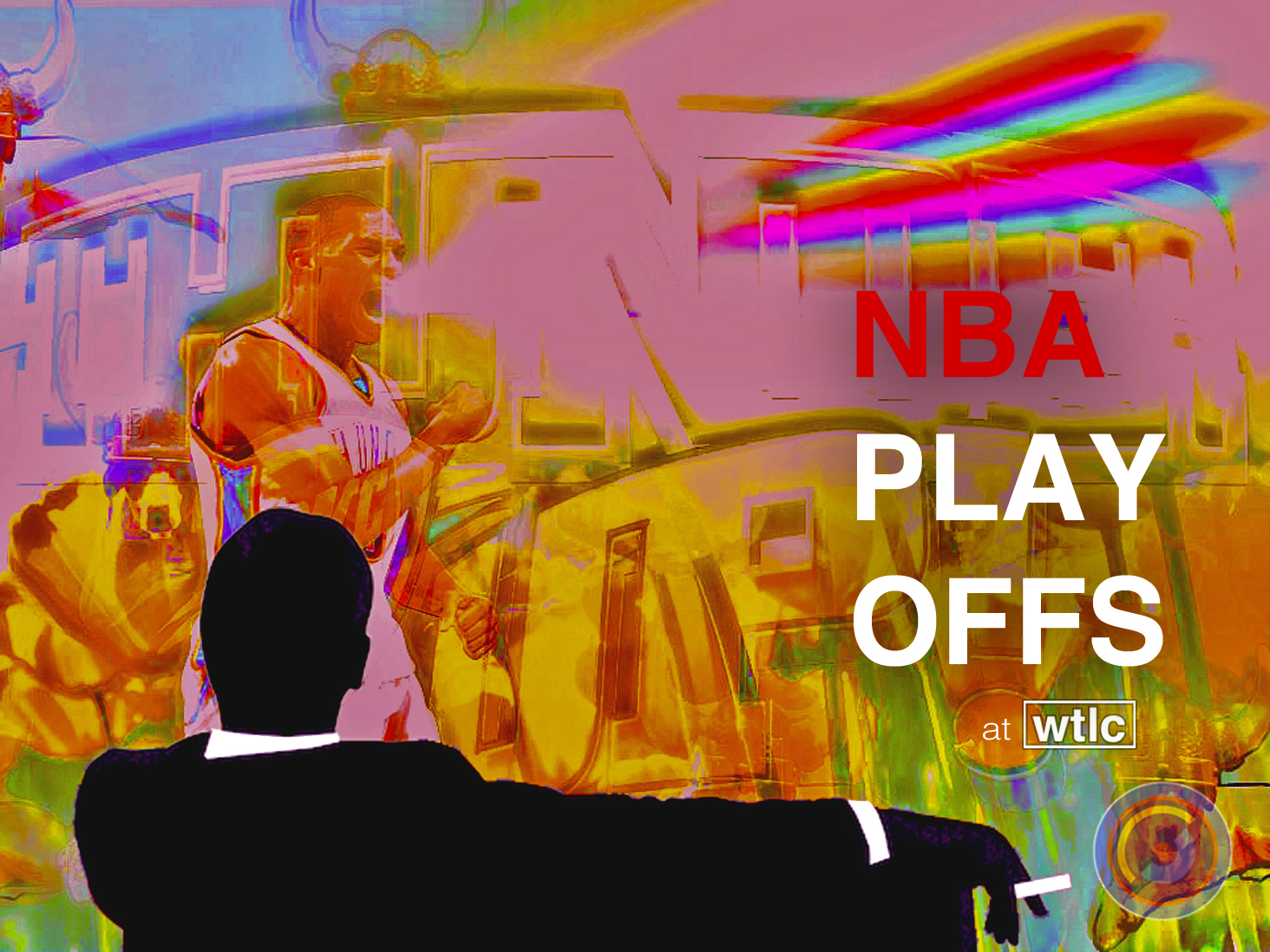 The Thunder defense set the tone against the Memphis Grizzlies in game 1, which OKC won 100-86.

The Thunder's post-All-Star defensive slump ended more than a few weeks ago, and tonight was another reminder that they're back to playing the active lockdown D that we've associated with them for most of the season. The Thunder's sink-and-recover scheme sees defenders collapse into the paint to deter easy shots and then making use of their length and athleticism to close out on open shooters. The key there is the close-out, because if the Thunder can't get back to those open shooters in time, the entire defense crumbles apart and they end up chasing after their opponents.

Being able to make those recoveries was one of the biggest problems during the Thunder's defensive slump. Guys weren't focused and losing shooters with their backs fully turned to them, with questionable effort shown at times on close-outs. Things have reversed now, and it gives the Thunder confidence to liberally sink into the paint and play help defense with tenacity knowing that at their current level of mental engagement, they'll be able to recover just fine.

A big part of the Grizzlies' offensive issues is their lack of outside shooters. They're basically limited to Mike Miller, Courtney Lee (who's been slumping over the past few weeks) and Mike Conley. It's hardly surprising that they were dead last in the league in three-point attempts, with so few reliable three-point shooting options. Lack of outside shooting specifically hurts against the Thunder's defensive scheme, since it allows them significantly more leash in helping off the perimeter.

Still, the Thunder allowed just 2-for-11 shooting, and one of them was a flukey James Johnson pull-up jumper at the halftime buzzer. That's a brand new level of terrible for their opponents, and credit the Thunder for some great individual defense. That's nothing new, though. The Thunder are loaded with good-to-great one-on-one defenders. The most reassuring part of last night's defensive performance was that, as generously as they helped off shooters, the Thunder defenders were able to close-out and limit outside shots.

This second quarter Grizzlies possession illustrates just how difficult the Thunder made it for the Grizzlies offense:

The play starts with Mike Miller throwing the ball into Marc Gasol for a post-up, and you can see right away how much space the Thunder are giving the Grizzlies' perimeter players. 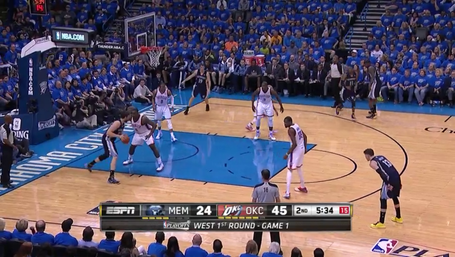 Russell Westbrook, ever aggressive off the ball, decides to leave Beno Udrih in the far corner and snake along the baseline to attempt a steal on Marc Gasol. This fails, and the thought for Gasol at this point is to find the open man in the corner. The golden rule of defeating multiple defenders guarding one player is to always find the open man. Serge Ibaka, doing some mild freelancing of his own, sees the pass to an open Udrih and closes out on him as Westbrook's substitute. By the time the open man gets the ball, he's not open anymore.

To complete this defensive sequence, the rest of the team has to rotate accordingly and make sure all players, including the one Ibaka helped off of, are defended. Derek Fisher had already acknowledged Ibaka's check, Zach Randolph, and the pass went to Fisher's check, Mike Conley. Conley is the one that Westbrook, the extra defender in the original Gasol post-up, returns to as the check for.

There's actually a miscommunication here, as Westbrook and Fisher both recover out to Conley. The idea is that the defense rotates until everyone is matched up one-on-one again, but Westbrook and Fisher spin it into a temporary double-team that forces Conley to retreat and allow Westbrook time to pick somebody else up. By simple coincidence, Westbrook ends up back on Udrih. Conley is forced to jack up a contested three against Fisher, the entire flow of that possession broken up at this point.

By playing swarming, active defense like that the whole game, the Thunder were able to shut down the Grizzlies. The post-ups the Grizzlies love to use were snuffed out by double-teams, and rotations were on point against any type of passing or pick-and-roll/pop attack. The Grizzlies couldn't make the Thunder pay from outside by playing so aggressively inside the arc, and Westbrook had plenty of leeway to freelance on defense like he did in the possession above.

It's only one game, but the Thunder looked dominant so far on the defensive end of the floor. If they can maintain even some of what they did there in the first game against the Grizzlies, the rest of the series, and hell, the rest of the playoffs look pretty bright.