In a game of defense, fouls, injuries, and badly contested three point shots, the Indiana Pacers came out on top, defeating the Thunder 102-97.

The Pacers, who have been experiencing some technical difficulties, especially on the offensive side of the ball, were neck and neck with the Miami Heat for the 1st seed in the Eastern conference. With this win over OKC, they now hold 1st place but by just .5 games. Despite the adjacency of the race for 1st, the Pacers can now comfortably get back on their feet and clean up a bit.

This afternoon, Indiana did not look like the offensive struggling, flat shooting, lazy defense Pacers that they have been recently. They looked like true contenders to the titles and a team that is ready to de-throne the Heat. The electric Paul George lead the team in rebounding with 12 and topped it off with 20 points. David West scored 21 points while Lance Stephenson put together his 5th triple-double of the season (17 points, 11 assists, 10 rebounds). The Indy bench was outstanding as well. CJ Watson lit up the court with 4 three pointers and an acrobatic AND 1 against Nick Collison. Luis Scola and Ian Mahinmi both contributed as well. But the thing to take in from this game is Roy Hibbert's atrocious play, and George Hill. Roy Hibbert was absolutely flat. I don't know if it was Steven Adams wiping his face on Hibbert's arm or he was just having a bad day. The supposed "powerhouse" played 27 minutes, went 0-9 from the field, and only recorded 6 rebounds. George Hill scored just 3 points. Those two are incredibly lucky that nearly every other Pacer had great games.

What is your initial reaction to today's game?

My initial reaction differs from my final reaction. Initially, the Thunder started off hot. Durant was hitting Paul George with his nasty leaning jumper and Westbrook was getting to the foul line. But when the 2nd team went in, CJ Watson took over, hitting a pair of threes. When the 1st team checked back in, the Thunder caught up. As the game came to an end, I was disappointed. I felt the close-outs were sloppy and defense was slow.

On another note, Frank Vogel look a lot like Joe from Impractical Jokers. 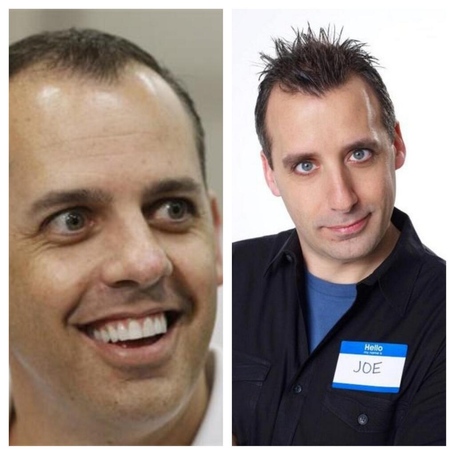 One reason why the Thunder lost is the dominance of David West, Paul George, and Lance Stephenson. All three scored, played defense, rebounded, and more. Another reason is the laziness in contesting three point shots. The Pacers shot 45 percent from behind the arc, which was better than OKC's total field goal percentage and 10 percentages better than their average 3 point percent. Also, on multiple occasions, a Thunder defender would commit to the help D too much and lose their guy, as seen here. Reggie Jackson, who is guarding Watson, commit to help D and loses his man. Jackson is then guarding David West, somehow, leaving Nick Collison confused and also leaving CJ Watson open for the spot-up three.

What is a key statistic to understanding the game?

The 45 percent from deep can explain the game pretty descriptively. Not even Thabo's return can save the Thunder from defending the three. Also, the Pacers made 6/8 free throws in the final minute of the game which put the icing on the cake.

What does this game mean for the Thunder today and moving forward?

The two seed is locked, so it does not mean much. What the Thunder can take to practice is drills on closing out and not committing to help D so much. Basic defensive fundamentals can save this team and may lead them to the Finals. What can also be taken away is the necessity of running the pick and roll with Perkins for Westbrook. No point guard can get around the monster. Perkins is a fantastic PnR man. The Thunder made 10 shots from the PnR, and Perkins accounted for 4 of them.

- KD's step back is not fair. His first two shots were stepbacks.

- Stephenson had a lot of trouble getting around or under Perkins' screens, as did all guards.

- Caron Butler was the first off the bench and air balled his first three...

- Despite zero points, Hibbert hit Ibaka and Perk with a lot of pump fakes and they fell for nearly every one of them.

- Steven Adams made a nice back to back play: one of which was a blocked pass leading to a fast break Russell layup and one of them was forcing Lance to make a bad pass

- Stephenson was dribbling all over D-Fish

- With the 2nd team in, there was no transition defense

Update (Sherman): Reggie Jackson's status is day to day after leaving with an injured neck, per Darnell Mayberry:

Reggie Jackson passed all medical tests but said he's unsure if he'll be able to play Monday at New Orleans. Westbrook will not (rest).

What did you think of this game? Let us know in the comments!