Oklahoma City Thunder jerseys: is it time for a new look?

Is it time for a new jersey and logo? If so, here are some concepts.

Share All sharing options for: Oklahoma City Thunder jerseys: is it time for a new look?

Since the Thunder as a new team identity was created in OKC, they have had electric players. Kevin Durant, an MVP candidate and 3 time scoring champion, is the epitome of confidence and brightness. Russell Westbrook is the king of bling and helps lead a new era of NBA fashion. Players like Serge Ibaka, Reggie Jackson, and Jeremy Lamb all play with explosiveness and energy, so some might ask,

"Why don't they have a jersey and logo which describes who the Thunder are?"

This current jersey has appealed to many people and although it dips in the more orthodox look, the Thunder are far from the norm.

The home jersey is white with blue lettering and an orange outline. On the side is a blue stripe; a simple look. 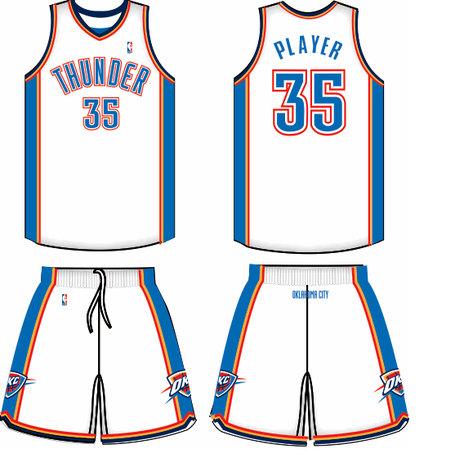 The away jersey is blue with white lettering. On the side is a dark blue stripe; again, a simple look. 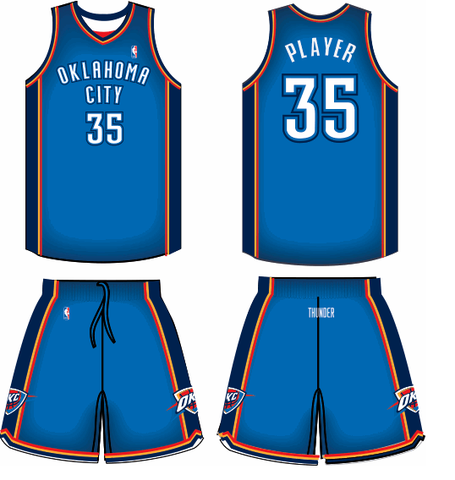 The Thunder have experimented by trying a completely new, alternative jersey to whip out on rare occasions. This jersey is a dark blue with white lettering. On the right side is a stripe with THUNDER written vertically. 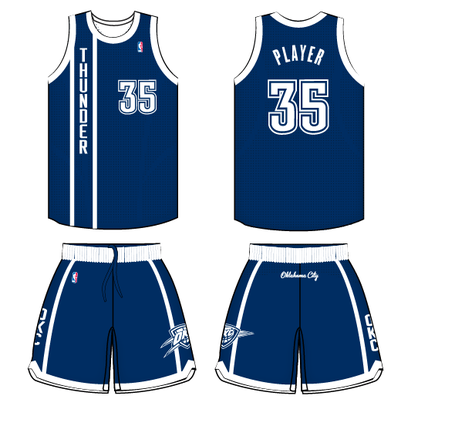 Even the logo does not exemplify who OKC is. 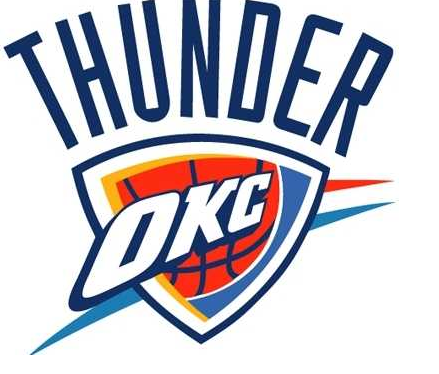 The current jerseys make some people happy but but here are some new ideas that I believe should be taken into account.

The Thunder are electric. They are young, energetic, colorful, cool, and fun to watch. The current jersey is a traditional and simple look. The jersey should contain more colors and flashiness and the logo needs more "thunder." As I browsed the web to check out some ideas, a few stuck out.

These are by Ian Bakar from bunnydojo.com.

The logo changes the colors to a purple and yellow. 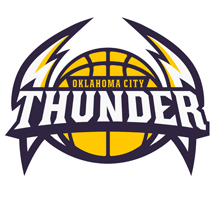 The jersey is more young and live. Both home and away make the Thunder appear more dangerous. I like the yellow, which connect more to the name. The shorts have lightning bolts on the side which look bad a**. Maybe the alternatives could say Loud CIty. 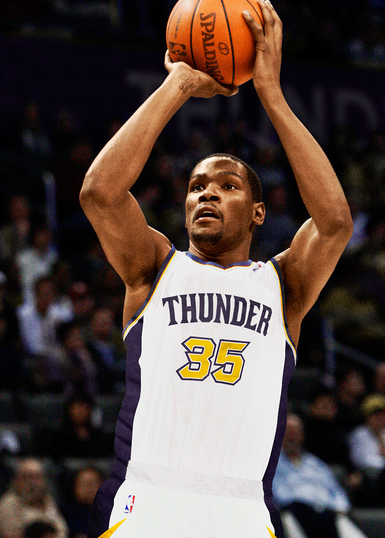 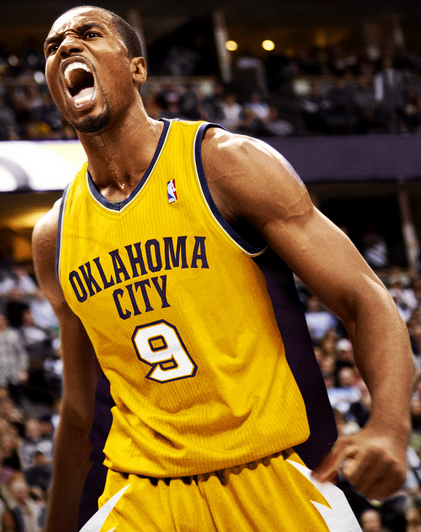 This jersey is designed by HP.

I am not such a huge fan of these next jerseys, but they're worth considering. They look like cartoon jerseys, but it would look cool on Steven Adams! 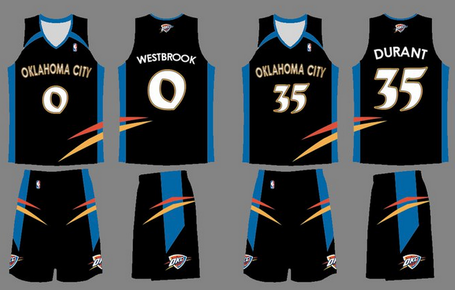 This jersey was designed by Jazza2319 from nbasky.com.

This next design throws it back, way back. Remember the Sonics jerseys that we know and love? This design keeps the Thunder colors and remakes the old Sonics jersey. 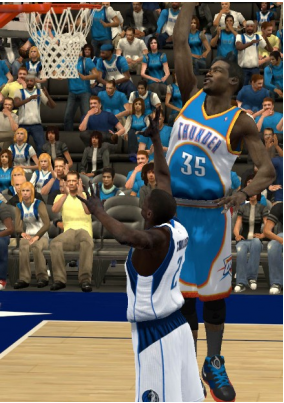 Please comment feedback and vote on your favorite re-designed concepts.