Adams Watch: Kiwi Strong can compete with the best

Steven Adams proved his worthiness when he contained Dwight Howard. Can this be a sneak peek for years to come?

Share All sharing options for: Adams Watch: Kiwi Strong can compete with the best

I am impressed...to say the least.

Steven Adams, in one of the most important games of the season, showed up and proved that he can compete with the best on occasion. When matched up against the best of the best, Dwight Howard, Adams contained the beast and was a significant factor in the victory, getting OKC back on track.

This week in Adams Watch, the theme is confidence. Throughout the week, Adams displayed levels of confidence that were not seen in a while. He attempted more shots, hit the boards more, and contained the opposing big men. On top of confidence and aggressiveness during the game, Adams was not afraid to get heated with James Harden.

(apologies for the small screen)

Wow! In the matchup versus arguably the best center in the NBA, the rookie from New Zealand came out on top. While contributing a basket, Adams was the anchor of the defense and held Dwight Howard to 9 points on 4 of 12 shooting. That is 9 points less than his season average. Though Howard beat Adams baseline on a few quick moves, Adams, for the most part, won this matchup and helped eliminate the Rockets' front line. Providing help defense on guards and rebounding more than he usually does with 8 rebounds, Adams played his most impactful game yet, in just 24 minutes.

This game versus the Lakers was a payback game, and Adams, fresh off his stellar game vs. Houston, was thought to have been played more. However, Coach Brooks only played Adams 12 minutes, distributing the other minutes to Serge Ibaka, Nick Collison, and Hasheem Thabeet. Despite his minimal minutes, Adams scored 4 points off of 67 percent shooting and rebounded three times. The defensive production was not at par, but, the presence remained intimidating.

Writing about this game makes me cringe. In an utter blowout, the Mavericks swept the floor with a victory and a points margin of 23 points. This could be simply because Scott Brooks elected to sit Russell Westbrook in preparation for a back-to-back, but let's discuss Kiwi Strong. In another game of small minutes but big help, Adams did the best he could in the amount of time he received. He grabbed 3 rebounds in his 12 minutes on the court; solid production, but not good enough on a night when the Mavs outrebounded the Thunder by 9. The Thunder could have used another big body, it surprised me that Adams' minutes remained inconsistent this week.

Expectations: In my expectations from last week, I said how Adams needed to show more confidence in his shot, and he did this week, check that off the list. This upcoming week, I am expecting to see less fouls. I see this every week and it is getting better slowly, very slowly. He commits 6.4 personal fouls in 36 minutes. I think Brooks wants to see his fouls decrease before he hands over significant playing time. 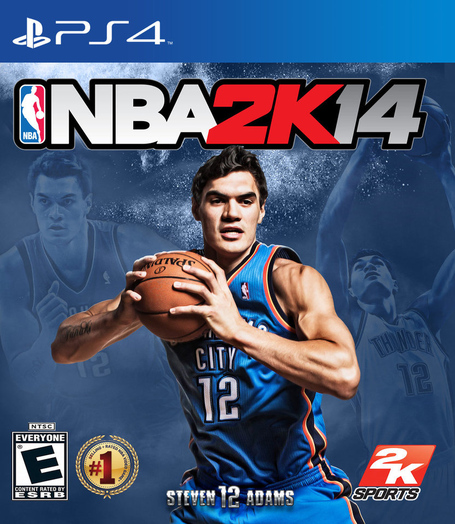