I'd preview this game for you, but to tell you the truth, it's not much of a game as it is a scrimmage. The outcome is already determined, with the only real interest lying in how well Hasheem Thabeet plays.

I'm really not trying to rag on the Lakers.... Well, okay. That's a lie. I love ragging on the Lakers, whom have terrorized my favorite teams on so many occasions. But really, I'm not trying to overlook them. There are legitimate NBA players on this roster, and there will be sparks of life and flashes of brilliance. I mean, they'll be running D'Antoni-ball, which can make any team look stylin' in a blowout.

Anyway. The Lakers. They're a shattered shell of their once competitive glory. No one expected much out of them this year, but neither did anyone expect them to fizzle out spectacularly. I mean, look at these game results from the beginning of the season: 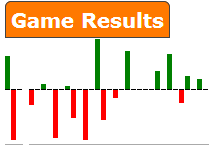 It's pretty chill, right? Lots of bad losses, but a good amount of blowout wins as well. The team is cruising past everyone's expectations at 9-8, and they could be in for a serious playoff run when Kobe gets back.

Yeah, the Lakers have crashed and burned. A rash of injuries has sent their players out of games one by one, leaving their roster with just 8 men. Well, in reality, the Lakers were down to 6 men, but they called up two guys (Shawne Williams and Kendall Marshall) to make the NBA roster minimum. The rest of their isn't illustrious, either. Two other players, Ryan Kelly and Robert Sacre, are both very late second round selections by the Lakers. They're likely only on the roster to save the team money. That leaves us with just four NBA players who aren't on the absolute fringe of eligibility.

Out of those four, two are dealing with injuries. Jordan Hill had problems with his neck not just a few days ago, and Steve Blake is battling through a sore elbow. Both could see their minutes limited, though it won't be entirely clear whether that's due to injury. That just leaves two legitimate NBA players playing at full capacity. One of them is the dependable Chris Kaman, a premier backup center for any team. The other player is the disappointing Wesley Johnson, who can score in spurts given the right situation.

Of course, the above description shouldn't be taken as a barometer for who will do on the Lakers tonight. Their offense runs fast, so everyone will get shots, and it's likely that the D-Leaguers will be more responsible with what shots they take. Furthermore, it's anybody's guess as to who actually wants to perform, since the season is such a wash and the All-Star break is just a day away.

Is this a trap game? Not even close. Trap games are played against young teams or failed experiments. The Lakers are a third of a team. If the Thunder were to lose tonight, it would be a complete travesty and embarrassment. The Lakers might get close in the fourth, but at the end of the day, they're only 8 guys. Someone's going to run out of gas, someone's not going to be able to produce.

I'm sure at this point, you're naysaying me a bit. I mean, the Lakers won two of their last four, right? Well, yes. But those two wins were against two other teams in complete disarray. The first came against Cleveland, who have major chemistry issues. The second came against Philadelphia, who barely fielded a roster to start the season. Moreover, the Lakers had Steve Nash against Philly, and he was completely in his element against Brett Brown's extremely fierce pressure.

Anyway, what you can expect out of both of these teams tonight is a ton of offense. The Lakers are gonna play a bit undersized, athletic, and quick, so they're going to be able to get a bunch of dinky points from the Thunder tonight. But the Thunder's solid pressure will force LA into a bunch of dinky turnovers as well, leading to some easy points for Big Blue. And, of course, the Lakers have no real shot of stopping the Thunder on defense. Most of the time it will be as simple as passing to the open man, and the Thunder will finish the game with tons of assists and shots.

So sit back and get ready for some Kevin Durant dunks, Kendrick Perkins hooks, and Hasheem Thabeet blocks. I just hope Jack Nicholson's specs can handle all that pizzazz.

What do you think about tonight's game? Let us know in the comments!

Looking for some live analysis or silly commentary during tonight's game? Then why not give @WTLC a follow on Twitter?