The Thunder had to go once again without Kevin Durant, but Russell Westbrook and Reggie Jackson got the job done and they eeked out a win on the road vs the Lakers.

Share All sharing options for: Thunder vs Lakers score: without Durant, Oklahoma City barely hangs on vs Los Angeles, 104-103

The Oklahoma City Thunder defeated the Los Angeles Lakers on the road, 104-103. On the second night of a back-to-back that started with a tough loss to the NBA-leading Warriors, the Thunder demonstrated resolve down the stretch to hold off a poor but pesky Lakers team. After falling behind early by as many as 11 points, the Thunder rallied and took a 2 point lead at the half.

In the 3rd quarter it appeared as if the Thunder had finally figured out the struggling Lakers, who are now in perpetual tanking/building mode as Kobe Bryant's star has turned into a red giant and their spare pieces seldom have enough talent to compete in the West. However, LA made a run in the 4th quarter, outscoring the Thunder through the first 6 minutes 20-8 and taking a surprising 3-point lead as the Thunder offense stalled.

It was a nip and tuck affair the rest of the way, with neither team pulling ahead by more than a possession. Russell Westbrook and Reggie Jackson stepped up to put the Thunder in position to win, and on the final possession of the game, an emerging Andre Roberson stuck on Kobe Bryant like glue and Kobe's game-winning attempt went wide, giving the Thunder an important win.

The Thunder were led by Russell Westbrook, who finished with 31 points, 10 assists, and 5 rebounds against only 1 turnover. Reggie Jackson stepped up as well after struggling these past few weeks, finishing 25 points, 5 assists, and 3 rebounds. The Lakers were led by Ed Davis, who finished with 18 points and 9 rebounds. Kobe was held to only 9 points on 3-15 shooting.

On the surface, if you only looked at the final box score you would be shocked/discouraged that the Thunder barely held

Look back: how a late round rookie shut down Kobe Bryant 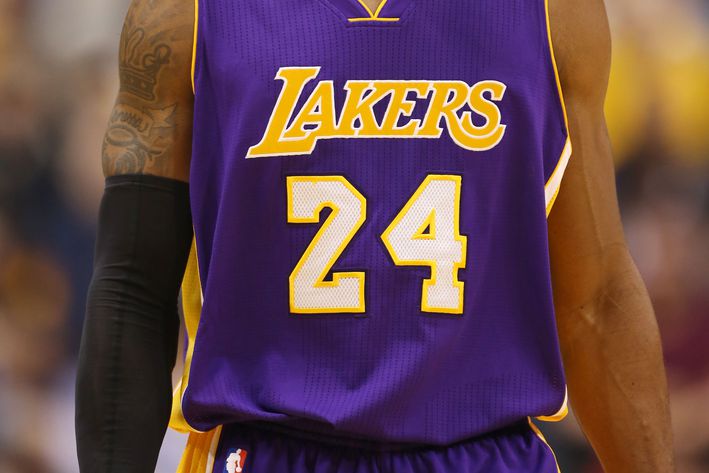 A year ago, an unheralded and surprising late round draft pick for the Thunder was charged with slowing down one of the most prolific scorers in NBA history. What happened?

on to beat a bad Lakers team. Even though they were without Kevin Durant, who missed the game due to an ankle injury sustained against the Warriors, the Thunder still have Westbrook and Serge Ibaka to go along with a better bench and much stronger defense. Slow starts are part of the game, but behind the strength of the 2 middle quarters, it seemed as if the Thunder would outclass the Lakers, thus making the LA comeback all the more frustrating.

What was so good about it?

Let us break it down between the bad and the good:

The Thunder won because they have more talent, and they didn't waste as many opportunities down the stretch as they had vs the Warriors. Yes, 22 points in the 4th is nothing to brag about, but the key stretch was their execution over the final 6 minutes of the game after LA had taken a 3 point lead. Jackson in particular was key, earning a trip to the free throw line following an aggressive drive to the rim with 1:05 remaining. Those FT's gave OKC a lead they would not relinquish, and one more defensive stop on Kobe closed it out.

Will this type of effort get it done vs the Pelicans? If Westbrook continues to commit to building up his teammates and they do a better job finishing plays, then the answer should be, 'yes.'

Next game: vs New Orleans Pelicans on Sunday at 6PM CDT