Mo Speights and his trash talk will need to step it up if the Warriors are going to win. The Thunder have shut down the Splash Bros. before, and now have their own duo ready to go.

But we all know the big storylines. Let's tackle the important questions instead!

How much worse are the Warriors without Andrew Bogut?

They definitely lose a lot on both ends of the floor. Offensively, Andrew Bogut is invaluable as a high post screener and ball distributor. His three assists a game are no joke. Bogut doesn't provide too much in terms of scoring from night to night, but he's still capable of creating his own shot. Ezeli is more of a garbage bucket player only. Furthermore, the Warriors lose a little bit on the defensive end. Bogut is a better one on one defender, gets more blocks, and avoids getting fouls. Ezeli might fill the lane a bit better, though.

On the bench, the situation gets even more interesting for the Warriors. Third string center Ognjen Kuzmic has seen little-to-no time. Instead, the Warriors have gone to Marreese Speights. At 6'10" and 245 pounds, Speights is slightly underheight (though not undersized) for the position. This could be a problem against the Thunder, who may run Collison and Perk in an attempt to score inside.

How the Thunder shut down Stephen Curry and Klay Thompson 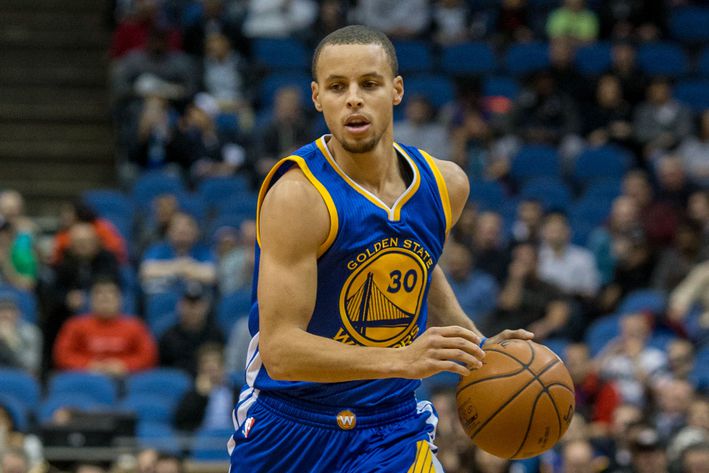 The Splash Bros are one of the hardest matchups in the NBA; how did a shorthanded OKC solve them earlier this year?

Having no backup center has been a problem for the Warriors before. In a 128-122 win against the Pelicans, the Warriors allowed backup New Orleans Center Jeff Withey to score a season high 10 points. Meanwhile, Marc Gasol and Zach Randolph were both able to take advantage of the Warriors' small lineup in Golden State's Tuesday matchup with Memphis.

In case you haven't gotten the message yet, the Thunder need to ATTACK THE RIM!

What do we take from the Telfair-era loss?

Yes, that era is now officially known as the Telfair era. It's effective shorthand, and I don't know what else to call it. But the Thunder really, really need to go back over the tape of their last bout with the Dubs. The game was a loss, but Oklahoma City basically shut down Klay Thompson and Steph Curry in the second half. I wrote an article about it at the time, but here's the Cliff's notes anyway:

I'm also going to add a couple of additions to the list. 6. Start hounding Steph Curry as he hits half-court. This will force the Warriors to set screens from further out. (H/T: Coach Nick in his recent Conley-Curry matchup breakdown.)  7. Make sure you don't ever let Morrow guard either of these guys. It's a disaster waiting to happen.

Aside from learning how to guard Klay Thompson and Steph Curry, the Thunder were able to get some serious production from unlikely places on that night. Our recapper Kevin Nesgoda noted that Nick Collison saved something like 5 separate plays.  Kevin also praised some clutch fourth quarter shooting from Morrow.

On the other side of the coin, Golden State of Mind's recap (by Sam Sorkin) was all about the emergence of Marreese Speights. Speights was able to really get it going from mid-range, taking advantage of the Thunder's overbearing defense on Golden State's stars and OKC's slow centers. Even more interesting was Speights' trash talk during the first encounter between these two teams. From an SF Gate article by Rusty Simmons:

Speights spent much of the game talking trash to the Thunder’s bench — all the while, knocking down 11-of-18 shots for a season-high 28 points. Apparently, most of Speights’ venom was directed at Oklahoma City backup center Kendrick Perkins, who had four points on 2-of-4 shooting.

"It always gets me going, so: ‘Shout out to Perkins’ for helping me get this game."

Anything else cool we should all know?

What do you think of tonight's game? Drop a comment and let us know!