The NBA needs to end TV Timeouts, not shorten games

The rest of the basketball world knows how to monetize the game AND make it watchable. Why is the NBA so clueless?

Share All sharing options for: The NBA needs to end TV Timeouts, not shorten games

International basketball games take an hour and 45 minutes. This is because they tip off immediately at the scheduled time, the game is only 40 minutes long, timeouts are always 60 seconds long, and TV Timeouts don't exist.

NBA Basketball games take two hours and 15 minutes, but can be longer if the game is close. This is because they always start 8-10 minutes late, are 48 minutes long, have timeouts that are longer than they need to be, and allow television networks to stop the game for commercials.

Now, Rod Thorn, president of basketball operations for the NBA, is hoping to change all that and make the game more watchable. His solution? Shorten the game to 44 minutes. Despite the fact that the NBA has played 48 minute games since the 40s, they think its' time to shorten the sport to make it more appealing. For the record, this is just an experiment, but it seems like only a matter of time before it becomes a reality.

Before I start bashing on them, I will say that the NBA did make some financial concessions. There will be two less mandatory timeouts in this game, which is gracious given the amount of time taken off of the game. 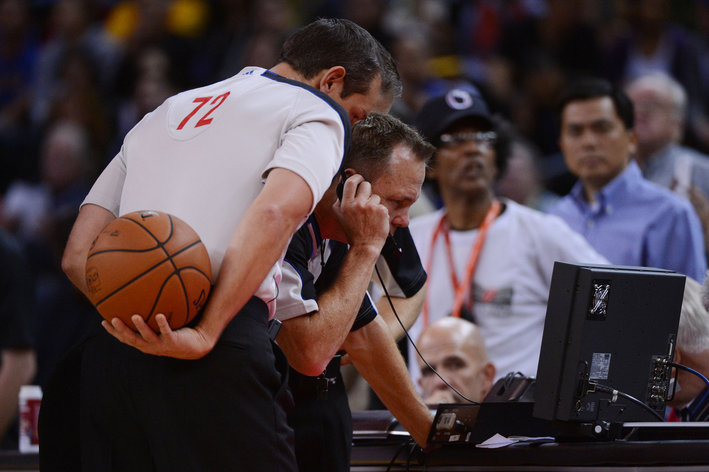 Let's fix the NBA in the most destructive way possible!

Still, I don't feel like the effect of the rule change will be entirely positive. It'll do a variety of things, all of which will effect the players, the league, the teams, and the fans in a different way. But no matter how you look at it, the NBA comes out on top every time, while the players lose money and the fans lose 4 minutes of basketball. Here's my take on the potential fallout:

1. Younger teams will win more games. It's always been a saying among bored color commentators that if the game were three quarters long, younger teams would have more of a chance. It's simply harder for inexperienced teams to do the little things to stave themselves through bad times, and they usually suffer from a weak bench. The effect won't be immediate or sudden, but there will be a definite general trend.

2. All rotations can effectively shorten by one. Erasing four minutes from the game is erasing 16 minutes of potential game time from the rotation. That means that the guy on the end of the bench loses out, and NBA teams have less incentive to pay their bench players.

3. Stars become more effective. The high minute getters in the NBA are already logging around 38-40 a game. If you shorten the game to 44 minutes, you suddenly make it possible for stars to shorten their already brief 4-5 minutes breaks, or forego their traditional end of third/start of fourth quarter break and play the entire second half.

All of those factors play into the NBA's favor. #1 increases parity, #2 saves cash, and #3 emphasizes the league's most marketable asset. From their standpoint, it must seem like a no-brainer. But all of this thinking, to me, seems very surface-level. It doesn't get rid of the base problems surrounding the speed of the game, which are thus:

1. TV Timeouts take too long, especially nationally. I regularly see teams waiting around for the timeout to end. There's absolutely no reason for that.

2. Free throws take too long. The easiest solution would be to adopt the 1 and 1 rule that college employs. Basically, it means that any missed free throw is live. It goes into effect when a team is in the bonus but was not fouled in the act of shooting. It challenges the players to make shots when it counts and allows for more hectic finishes, so why not?

Of course, altering the latter would only shave a few precious minutes off the game. Getting rid of TV Timeouts, on the other hand, might save 30 minutes of your time and mine. Every single game night. Without shortening the time of the actual game. That would be insanely cool.

Now, I know what you're thinking. How can a league be financially viable with so precious few commercials? The answer is easy. The league needs to brand itself like the Euroleague.

Obviously, this would mean some changes in how we see the game. Advertisements would be on the floor. Screens on the side of the court would allow for moving video and become quite distracting. Teams would likely be sponsored, some foregoing sensible names entirely. And the telecast would likely become more annoying, with more intrusive ads during free throws and things like that.

But at the end of the day, who really cares about ad intrusiveness during the game, or what your team is called? If it means we can all have more time to do other stuff with our lives (like watch more NBA games), why not allow it to happen? Furthermore, why not put the control of the pace of the game back with the coaches, where it belongs? I mean, it's cool if a company decides the design of the floor or the team colors. But having that same corporation stop the game in the middle of your team's run so they can sell a product is downright degrading.

What's your take on the shortened game? Leave your comments below!