Y'all dont hit perk up I see. It's love tho

Share All sharing options for: Thunder players hang out, don't hit Perk up

Documented at Hasheem Thabeet's Instagram is a get-together of some of the Oklahoma City Thunder players: Russell Westbrook, Serge Ibaka, Ryan Gomes, Kevin Durant, and of course Thabeet himself (there's also one more dude who appears to be just a friend instead of another Thunder player).

It's not like this is the entire Thunder roster chilling together, but Kendrick Perkins really isn't happy about not being invited. For whatever reason, his comment doesn't load on a computer, but I've taken a screenshot of what he had to say from Instagram on my phone for you guys to see (warning for language). 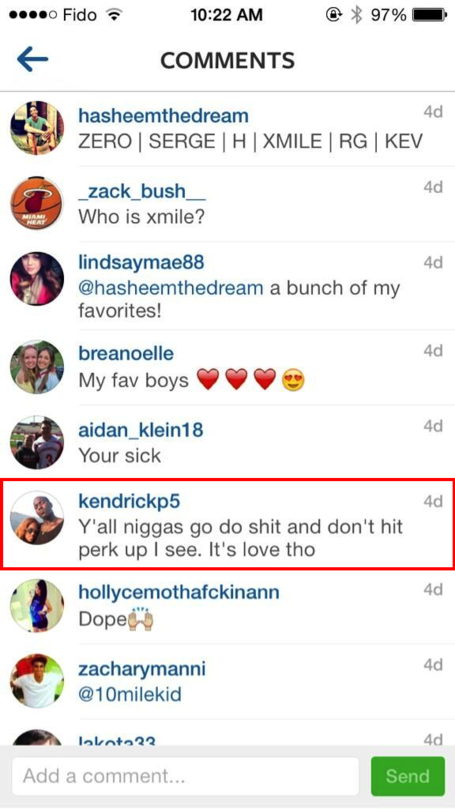 Gotta feel bad for Perk here. A lot of people talk dirt on Perkins for his on-court contributions and generally use him as a punchline, and now his Thunder buds have replaced him with Ryan Gomes in their circle of friends. Somebody's gotta love the dude!