Aleksey Shved commits a grave error, the head coach of Bosnia asserts that he could beat the Lakers, and Bojan Bogdanovic channels Tayshaun Prince.

I didn't have a lot of time to cover the Eurobasket yesterday. I saw my usual slate of games, but as I'm departing for Ljublijana in a couple of days, I needed to do some preparations and won't have time to write my usual full recap. But here's some of the cool stuff you missed on Day 5, and I'll have a full recap of the action on Day 6 ready today. All game results can be found here.

The game between Finland and Russia went to double-overtime yesterday, but the way in which it transpired was a complete farce. Finland was down by 4 with 28 seconds to go, and had to play the foul game in order to stay alive. A couple of clanked free throws from Ponkrashov and Monya allowed Finland to claw back into it. So, long story short, Finland has the ball, down two, with four seconds to go the length of the floor and score. Finland was shooting a really low percentage from three, so a miracle win was unlikely. Knowing this, Aleksey Shved fouled the 37 year old vet, Hanno Mottola, and sent him to the line. He made both, sending the game to overtime. Through relentlessly pounding the paint, Finland was able to steal the victory. WHAT WAS SHVED THINKING?!

The coach of Bosnia and Herzegovina is known for having a fiery disposition. But what he did and said today took the cake. Towards the end of the third quarter, when his team started to slip, he started to get extremely enraged. At one point, he picked up a water bottle and slammed it through a sign behind him, leaving a hole. After the fact, he 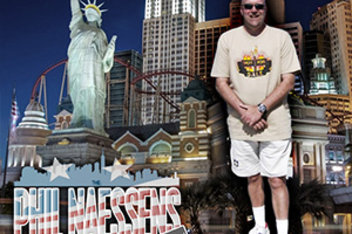 Want to get caught up to speed on Eurobasket quickly? Give this episode a listen!

quickly became more enraged, shouting in the refs face until his face was blue. The ref ejected him, and there was no security present to escort him out. So, he continued to shout in the ref's face for another minute before giving up and leaving the game.

It could be considered a bit of a galvanizing moment for the team. Macedonia missed one of the technical free throws, and Bosnia was able to climb quickly back into the game. They clinched it in the final minutes with some great steals. But I really don't think that this was a tactic on Aco Petrovic's part. Here's his quotes after the game:

Aco Petrovic's statement: "Despite everything, Bosnia and Herzegovina won today." That's all.

" Even if Lakers come tomorrow to play against us, we have chance to win" - Aco Petrovic.

Bob Knight, eat your heart out.

Here's just an example of what he was able to do when he straight up carried his Croatia team to victory over host Slovenia. It reminds me of Tayshaun Prince's block on Reggie Miller in the 2004 NBA Playoffs. This dude's for real, and the Nets should obtain him as soon as possible.

Take a look at this stepback three from Tyrese Rice. He might have gotten away with a travel there, but it's still an awesome demonstration of quickness and skill. Lithuania was able to roll over Montenegro in overtime, but that's beside the point.

Be sure to Czech out @WTLC on Twitter for live commentary of the games!

Also Czech back here for daily updates and analysis of what's going on!