If you're out driving around in the Oklahoma City area anytime soon, some of you might have to gawk at Thunder center Daniel Orton's custom built Cheverolet Tahoe because it's dope.

Pimpin' ain't easy, but if you're Thunder center Daniel Orton's custom built Cheverolet Tahoe, pimpin' is very easy. It seems ever since 'Pimp My Ride' hit airwaves in 2004, Americans have been infatuated with tricking out their wheels to make them stand out. 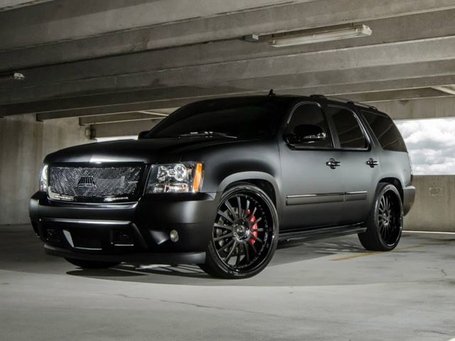 Recently, Ultimate Auto custom built a Tahoe, which is dubbed the "War Machine," because it looks like it could ride straight into the war zone. According to CarBuzz (follow the link for the full gallery),

Dubbed the "War Machine," it doesn’t appear to have any weapons or bullet proof armor, but does come with a lethal shade of matte black paint and matching 26-inch Savini wheels housing massive Wilwood brakes. A custom suede interior houses a pair of power recliners, from where the NBA star can blast some beats from the JL Audio speakers and amp, or play on the Xbox routed to a massive flip down screen. 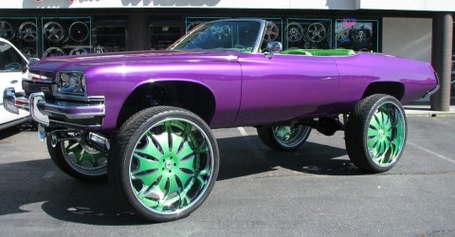