Check out the interview where Nick Collison pontificates on how Breaking Bad will end.

We're in the doldrums of the NBA off-season. Since many of you are probably paying closer attention to the beginning of the final 8 episodes of Breaking Bad (August 11, 8PM CDT) than what's going on in NBA-land, all sorts of BB treats are surfacing. Earlier this week we saw Pounding the Rock feature an exclusive interview with R.J. Mitte, who plays Walt Jr. on the show. Today, Royce Young at Daily Thunder grabs everyone's favorite meta-intangibles guy, Nick Collison, to go on the record to voice his thoughts on the show's finale.

I encourage you to read the whole interview at DT, but here are some choice quotes:

We will think Walt gets away with everything, but the last image will be some loose end that could lead to him getting caught and we will be left to guess. 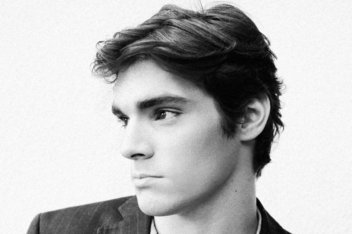 Couched inside the interview is a little tidbit about Collison's true colors:

This is pretty much why girls fall for guys they know are bad for them. They think deep down he really is a sweet guy who needs a girl like her to change him. They think about him sitting on the couch with her watching "The Bachelor" and nodding while she constantly criticizes the hottest girl. She will think he’s agreeing with her when really he’s thinking of all the different ways he would… sorry I got a little off track.

Where do you stand on Walt? You still rooting for him or do you think he’s pure evil?

I’m rooting for him and I think he’s pretty much pure evil at the same time. I’m not sure what that says about me.

There you have it. Collison likes The Bachelor and roots for Walter White. He really is pure evil, no matter what his PER might be.

Apropos of nothing, if you need a quick refresher on where we are in the BB story, here is "Breaking Bad: the Middle School Musical." And yes, there are spoilers in there (along with a prediction).