J.R. Wilco and J.A. Sherman discuss the passion of the fan who has some choice words for Sam Presti and the Oklahoma City Thunder.

News flash: NBA fans are passionate. What's more, people who watched the Sonics as they were uprooted from Seattle and established in Oklahoma City as the Thunder, along with fans who rooted the team on as it became a legitimate contender behind Kevin Durant and Russell Westbrook -- they're an opinionated group of people here in the U.S. What you may not know is that this passion extends overseas as well.

Pounding the Rock's J.R. Wilco and I discovered an incredible display of Thunder fandom on Egyptian TV, of all places, where a passionate fan named Tabanik is taking his hosts to school on the finer minutia of Sam Presti, free agency, and the salary cap. To see the first half of our discussion, GO HERE for PART I.

Following is the finale of our discussion.

Wilco: I love the way he drops the president's name into the discussion right next to Kevin Martin. That may be the first time in the history of anything that the two of them have been put together like that.

Sherman: Tabanik: "And what about Kevin Martin?"

YES, WHAT ABOUT KEVIN MARTIN?

Wilco: Do you think that there is a Thunder fan in existence that feels as though Minnesota "stole" Martin?

Sherman: The common phrase I keep hearing is that Martin, "Was never more popular in OKC than the moment he signed with Minnesota."

Wilco: And yet that Kevin Martin moment is the highest decibel level that he is reached so far, and there's more pounding upon the desk as well.

This guy has definitely studied his despots because I love the double index finger raise as he's screaming about losing Martin.

Sherman: I think he may have flipped off the camera at some point.

That despot comment reminds me of that classic moment in "The Office" when Jim convinces Dwight to spruce up his public speaking by studying the works of famous dictators like Hitler and Mussolini.

Wilco: Tabanik certainly needs to get his finger back on the pulse of the average Thunder fan's attitude toward Martin. He might be a fan from way back, but he's losing touch.

Sherman: Now he is discussing how we apparently gave away Harden for Lamb and Hanter. Which I'm guessing he's actually referring to Steven Adams, because he then says "Hanter" is from New Zealand and is a tall sheep herder.

Wilco: He's reaching his peak at this point. No doubt.

Sherman: Now he wants to know how many NBA players are from New Zealand do we know?

Well, we now know of at least 2, Steven Adams and now this guy "Hanter." I hope Hanter is a good 3-point shooter.

He disses New Zealand, which is not cool, and it is apparently because they have so many sheep.

Wilco: It really seems as though he has some serious anger toward sheep in general.

Sherman: He HATES them. Just hates them. Apparently because of all these sheep, Tabanik almost broke the deposed President's TV.

Wilco: This is the state of the studio at this point. 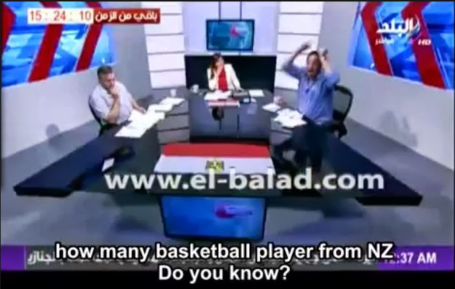 And the hosts just don't know what to do. The guy has his hand on his chin as he looks away, and the woman is covering her mouth as she stares at him in disbelief.

Sherman: The woman is terrified. And now it's time to rant about losing Mike Miller. We didn't get Mike Miller.

Somebody probably needs to lock this guy in a room the first time OKC plays Memphis next season.

Wilco: I don't want to be anywhere near this guy for that Thunder versus Grizzlies game.

Around 2:50 he pushes his glasses back up on his face. That's a classic debater's move. Respect.

Sherman: Which brings us to the point where you and I have to discuss Derek Fisher.

Sherman: And it was the president of Egypt that had to break the news to Tabanik.

Think about it. Morsi was kicked out of office on July 3rd, and a couple weeks later he has to tell Tabanik that OKC re-signed Fisher. That there is what we call a bad month.

Wilco: And now Tabanik may not return to the palace.

Sherman: Morsi probably won't let him crash in the palace anymore. He just had the last LCD replaced.

Wilco: I know. And his appeal to the fans is the only thing that saves him from going supernova because when he mentions Derek Fisher for the second time, he starts to bring it down again. Which means that his ability to sustain his peak rage mode clocks in at about 20 seconds. Is my math correct?

Sherman: I'm not sure he's even breathing at this point.

Wilco: Are we even sure that he requires oxygen to sustain his rage?

Sherman: He doesn't want to go to Morsi's house anymore. I'm not even sure what that means, but he punctuates it with an F-bomb, which makes this show officially 100x better than PTI. 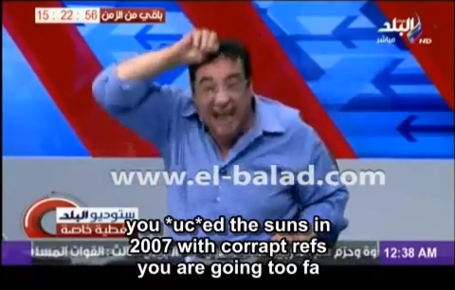 Wilco: 100 times better at least. But he only rests for a moment when he ratchets it back up again, and gives full voice to every single standard NBA fan gripe of the last 10 years.

A partial list of this rant: The Amare Stoudemire suspension. San Antonio getting winning the draft lottery to get Duncan. But I'm confused about what he puts between them, who exactly is it that thinks Tim Duncan should have been suspended in that Suns versus Spurs melee?

Again it seems that he is out of touch. It's a sad thing too, because he's going so strong.

Sherman: Who the heck is he pointing to when he starts to bring up Amare and Duncan?

Wilco: I wish I knew.

Sherman: "He sold a championship to the Spurs for $33 million." I'm not sure what that means.

Wilco: No one knows what that line means. Tabanik's mother heard that line and thought, "I was with you up to that point, Tabbie."

Sherman: Wow, and you can see he has some real latent Spurs animosity here too that's just bubbling to the surface.

Wilco: You would have thought that he'd have been able to let go some of that Spurs hate after the Thunder took them out in the 2012 Western Conference Finals.

Sherman: it would seem so, wouldn't it?

Wilco: Everybody is at risk when Tabanik gets on a roll. And apparently the number of times you can shout "Shame" on this show before being told to stop is -- four. 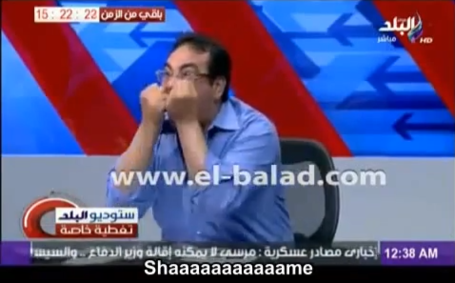 Wilco: So, to recap the pop culture icons he has currently channeled: we have Rainman, Hubie Brown, and now the "I like Turtles" kid.

The female host is standing now as she gestures out to him.

Sherman: Yes! She's standing! She tries to soothe him by saying Oden is coming back!

Wilco: Great move by the woman. She invokes how even the Red Sox won a championship to prove that not everything is a conspiracy.

Wilco: I love Tabanik's chagrined expression as he asks, "Baseball?"

Sherman: And the other male host is just sitting there with his arms crossed. he's enjoying this. 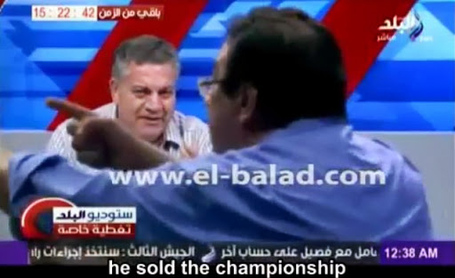 Wilco: I think you may be right.

Sherman: It was his idea to invite Tabanik on the show. He's seen this guy in action before.

Wilco: You're definitely correct about the male host having fun with it all. That last screen grab proves it. He's smirking as Tabanik is red in the face.

Sherman: Tabanik is just losing everything. He's practically incoherent. This is about the time where the female host starts to behave like something really, really bad might happen. Like Tabanik might pull out a machete or something. And that kind of move is not without precedence.

Wilco: He may have. Because they seem to cut out of that segment before either host is able to put a bow on the whole thing.

Is Morsi part of the studio audience?

Sherman: I don't know. That would be sweet, to see the deposed President sitting there with a sheer look of terror on his face. Like, "Why did I let this guy hang out at my pad?" Probably serves him right though, I'll bet Morsi just egged him on though. That guy!

Wilco: Maybe that's who he's been looking and pointing at through the entire segment.

What kind of TV do you think they've got at the Morsi pad? Projection TV? Super widescreen?

Sherman: It's gotta be a widescreen, since Tabanik almost broke it. Unless his projection screen is like a wall of stained glass art or something.

Wilco: Well, it could be the old-style rear-projection floor units. But I'm betting you're absolutely right. I can just hear Morsi yelling now, "Not the widescreen, Tabanik. I can't get another one so easily anymore! Here, break this faux-Grecian urn instead!"

Sherman: Haha, right. And you know it's a fake urn anyway.

The woman is stepping in now and is likely saying, "Ok Tabanik, time for your evening dosage."

So, what have we learned?

Sherman: What I've learned: Egyptian television might be the best place to find honest debate about the Thunder. Also, if we had taken 30 seconds to actually Google this clip before spending the last hour debating it we would have known we were getting trolled.

Wilco, you are so GULLIBLE.

Wilco: So it was a Downfall-esque caption job after all. Oh, well. At least we had fun picking it apart before we knew the truth. 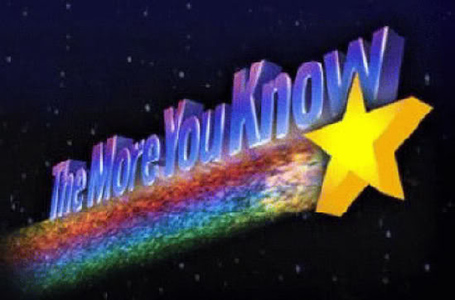