2013 NBA Free Agency: Who is left for the Thunder to consider?

The Thunder's free agent signings have been underwhelming. Is there anyone left to consider?

Share All sharing options for: 2013 NBA Free Agency: Who is left for the Thunder to consider?

The Oklahoma City Thunder have (in)famously added Derek Fisher and Ryan Gomes to their squad during this uneventful offseason, missing out on better names such as Mike Miller and Dorell Wright. There are a handful of players left, and thanks to our SBN brethren at Pounding the Rock, we have a handy list by which we can take a look. Which of these guys are worth consideration, and which are effectively off the market? We grade on a 10 point scale, with 10 being a great fit/can't miss opportunity and a zero being an improbability.

Pekovic is the best restricted free agent on the market now and it is highly unlikely that Minnesota will let him go. Even then, the likelihood of him ending up in OKC is nil given his salary demands.

Jamison is still a valuable bench player and might make a marvelous backup to KD playing 10 minutes a night. However, given that Jamison is 36, that means Scott Brooks will likely play him too much. On top of that, he's perennially one of the most overpaid guys in the league, so OKC probably can't afford him.

Harrington is still a serviceable big man who will likely sign for the league minimum. OKC is loaded with mediocre or unproven talent on the front line, but I would have a hard time seeing him as an upgrade.

Performed better than expected in Atlanta, but word is, the Knicks are interested. OKC can't compete in a bidding war.

Solid backup PG who could make a nice fit. Too bad we already have Derek Fisher.

Word is the Mavericks are interested, but Barbosa is a guy who would potentially fit in really well with the Thunder if he can be had on the cheap. He has a history of playing well against the Thunder and is the kind of instant offense OKC could really use off the bench.

Another defensive oriented big man. I think we're good there.

Any interest at the Candyman? Haha, NO. 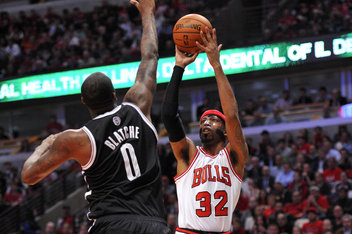 He's another potential instant offense kind of guy, but the problem seems to be he still thinks it is 2004. An old player who has an overstated sense of his ability can be dangerous. Don't we all know.

I'd like him more if OKC wasn't already trying to clear playing time for Steven Adams. Plus, he's hurt a lot.

Another potential backup PG candidate that OKC will never consider because, you know. I always liked how hard he played against OKC while in Los Angeles.

Pietrus also makes some sense as a backup to Durant. He tends to disappear, but he's got some size and physical tools at his disposal. Unfortunately there are a number of teams interested.

He's kind of a head case. I think that about ends it right there, given OKC's culture.

For the league minimum, I wouldn't hate seeing Abe Lincoln on the Thunder. He's got some attitude and competitive spirit. Too bad it doesn't really translate into performance. That said, I found this story hilarious.

Bassy has had an interesting NBA career. After being so highly touted out of high school and then crashing and burning early on in the pros, I have to say that when I've seen him play he doesn't look terrible. Shoots better than expected.

The Hawks still own his rights, so it is unlikely he'll leave.

Here is an interesting name. Reportedly Cook is interested in Miami, where he was originally drafted and also he would be rejoining his former Buckeye teammate Greg Oden. Would he ever consider returning to OKC, given that he was part of the trade that shipped off James Harden?