Sarah Rogers interviews Oklahoma state Senator David Holt, a man who was part of the inner workings behind the scenes that helped bring the NBA to OKC. Here is Part I of our exclusive interview.

The Oklahoma City Thunder team was borne out of a series of dramatic events. Seldom told from the OKC point of view, WTLC took the opportunity to interview state Senator David Holt, representative of the 30th district of Oklahoma. Holt wrote the book...literally...on how these events transpired. "Big League City: Oklahoma City's Rise to the NBA" is that book. In an expansive interview, Holt discusses a variety of subjects, including how the idea of acquiring a team came about, the test run of the New Orleans Hornets, and how a few key men were the primary impetus on how it happened.

We will be running the interview in 3 segments, the first of which appears here. Many thanks to Mr. Holt for his willingness to talk about his recollections of how the Thunder helped put OKC on the map.

David, please tell us a bit about yourself and how you became part of the process of bringing the Thunder to Oklahoma City.

"Born and raised in Oklahoma City. I'm 34-years-old now. I spent seven years in Washington D.C., going to college and working there. After graduating high school, I went to college at George Washington University where I got a political science degree. I worked for House Speaker Dennis Hastert and then worked for George W. Bush for two years in the White House.

"After that, I came back to OKC and wanted to apply my experiences back home. I had a sense that OKC was moving in a different direction [than before] as a result of passing MAPS in 1993 (MAPS was an initiative that stood for OKC's Metropolitan Area Projects), finally building infrastructure projects that we were proud of. And that some young people were taking notice of it and were starting to come back to OKC and stay here. My wife Rachel and I thought that because of this [improvement], we would move back, and we did in 2004.

"I did some work for then-Lieutenant Governor Mary Fallin (Fallin is the current Governor of Oklahoma), which I did for a year, and then I got the opportunity to serve Mayor Mick Cornett as his Chief of Staff in 2006. I worked for Cornett for five years until I was elected into the Oklahoma Senate, and that's where I am today.

"My time in the mayor's office was mostly the time when the book "Big League City" occurred. What that meant for me was the opportunity to participate in the [city's] renaissance by being in the mayor's office during a critical time, the transition that the city made from not having major league sports to having major league sports. This really was the biggest transition a city can make in modern America, and a city is never really quite the same after that [change] even if you get a second or third team down the line. It's just not the same as making that move from not having major league sports to then having it. It is kind of the closest thing that we in America have to bestowing blue ribbons on our top cities. It sends a message or signal to the world, "This is a real place. A place with the adequate population and corporate support and an economy to support something like that." It makes you look relevant in America pop culture.

"Up until that point, OKC had just been completely off the radar because it seemed nothing ever happened here. You weren't ever going to meet anyone famous here. Being a part of this transition as a citizen was really cool because I was at an age, 26-years-old, where I was going to be a part of a key period in OKC's history, and I was in a front row seat."

What compelled you to write "Big League City?"

"The story kind of concluded to some extent when the team finally started playing in 2008. During that time working as Chief of Staff to the mayor, I'd been keeping notes and lived through all of it and I certainly knew everything that was going on that there was to know on the OKC City Hall side, which I thought had never been told. I knew the Seattle public side and I knew half of the team side, but there are some things that I will never know that was going on in the Seattle Sonics organization. Whatever the case, I thought no one had brought it all together.

"And I thought that because of all the things that happened and all the characters involved, it was just a heck of a story and it was fascinating to follow. The odds of OKC getting an NBA team in the beginning were incredible. How did that happen? Today OKC has an NBA team but it took 50,000 things to take place in order for that to happen and 50 people playing their role exactly right. I wanted to communicate that story, sort of as a gift to OKC and Oklahoma history and I wanted to write it before those memories faded. 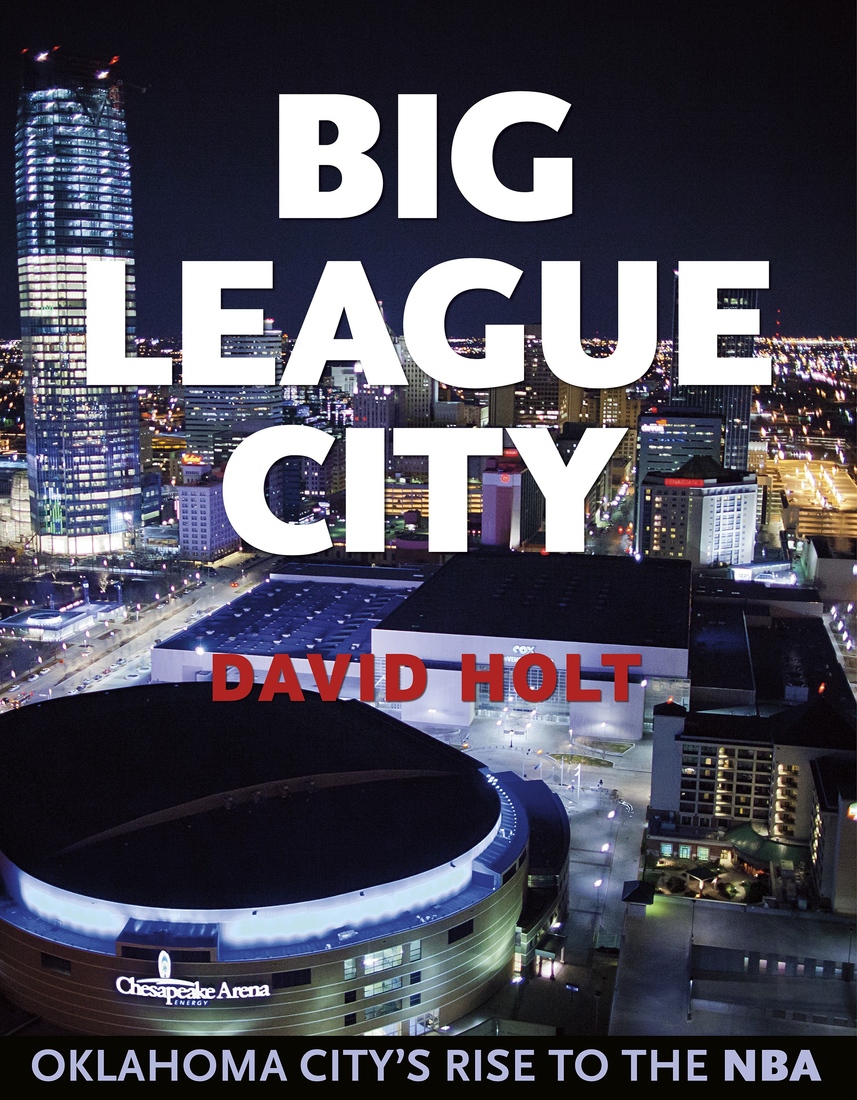 "I wanted to tell the story because it also had an appeal on a more civic level to anyone in America who [has either] followed the NBA or [has] the ambitions for their city to get that level. After a couple of years passed I was surprised that no one had written our story . Sure, I thought a sportswriter would have picked up the story from Seattle's perspective, and they did make a documentary about their side of the story, but no one had sat down and written a book about what I thought needed to be written.

"I got busy and so I didn't get around to it until summer/fall of 2011 when I finally a) realized no one else was going to write it and b) I'd rather do it sooner rather than later because memories were fading include my own. I wrote it over 2-3 months and worked with a publisher here in OKC called Full Circle Books. It came out in print in April 2012 and as a audio and e-book in the summer of 2013."

How did you know if OKC was ready for a professional franchise?

"Well, I don't know if I knew for sure. My book opens with the 2004 exhibition game that I went to between the Lakers and Wizards, and they curtained off the upper deck. If you asked me then, "Can OKC fill this place 41 nights per year?" I would have said, ‘no,' because we just had the most popular team in the NBA and they curtained off the upper deck. I didn't realize how much it had to do with the team being our team. So I think a lot of people were skeptical if we could support a team until the Hornets came. Mayor Cornett was a believer throughout, but I think a lot of local people were pretty skeptical that we could really sustain what it would take because we weren't use to those type of ticket prices 41 nights a year. It just it seemed a bit much, but we obviously had that potential all along."

Why did you want OKC to have a professional team?

"There are two things that have defined us through the years, and the other is the Bombing. That was the other time in our history when everyone in the world was saying the words OKC, and the reason why of course was what happened in 1995. But I say this in the book, Cornett was very respectful of that but he wanted to find another word to put after OKC other than "bombing." Now that word is "Thunder." That's a great positive image for the city and it means all around the world, people know where you are from. For me as someone who is from OKC, I want that for my city. I want us to be world class. I want people to know where our city is and for people to be interested in us, and if I've chosen to live here as I have, I want to be part of something. Young people in America want to be a part of something bigger than themselves.

"That's why we choose to live in NY, LA, Dallas and Houston and why for a long time we chose not to live in OKC. We didn't feel relevant. We lost our young people to Dallas, as a bigger city it was the place you could go, people knew where Dallas was, businesses were in Dallas, sports teams were in Dallas, famous people lived in Dallas, big things happened there, but now that's us. We aren't quite Dallas but certainly we are a thriving metropolis. I have cousins who live in Wichita, Kansas and now they are moving here. Now we are to Wichita what Dallas used to be for us, and some extent to Tulsa.

"I thought there was simply nothing more important for OKC's long-term growth than to have major league sports, and when we got that close - when the Hornets came here and we suddenly had an opportunity - we just had to close the deal. We just had to do whatever it took to capitalize on that opportunity that we'd been handed. I was so thrilled that I could be in the mayor's office and be around to help out."

Check back tomorrow morning here at WTLC to read Part II of our exclusive interview with David Holt.