2013 NBA Off-Season: What It Means for OKC Now That Dwight Howard is Heading to Houston

Seven-time All-Star center Dwight Howard is heading from Los Angeles to Houston. What does this all mean for the Oklahoma City Thunder?

Share All sharing options for: 2013 NBA Off-Season: What It Means for OKC Now That Dwight Howard is Heading to Houston

Dwight Howard is changing zip codes. The seven-time All-Star center made it known Friday that he was taking his talents to Houston to play for the Rockets.

I've decided to become a member of the Houston Rockets. I feel its the best place for me and I am excited (cont) http://t.co/h8WK4yP3zB

With the "other decision" being made, the question now can be 'What does this mean for OKC?'

Yes, the Lakers play in the Western Conference, but they had a bad year apart from the failed Dwight Howard experiment. They lost Kobe Bryant prior to the playoffs, Steve Nash couldn't stay healthy, and Howard did not like the fact that he couldn't be his goofy self without irking the Mamba.

I don't know why Dwight didn't realize this before he forced a trade from the Orlando Magic for the Lakers, but he also didn't like the fact that he wasn't the face of a franchise, either. Now that Howard has made a decision, the Thunder could probably have more competition with the Rockets next season than they did during the 2012-13 season.

Dwight Howard did it his way 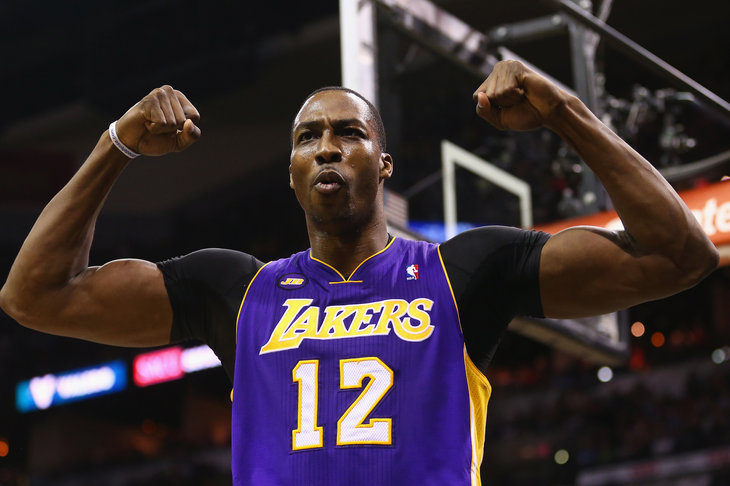 The Dream Shake asks, will Howard come out of this mess on top?

The Rockets were elimintated by OKC in the first round of playoffs, a series that was filled with more twists and turns than you might expect from a #1 vs #8 seed, including OKC racing out to a 3-0 series lead, losing Russell Westbrook to injury, losing 2 consecutive games, and then pulling themselves together one game before catastrophe might have struck.

With the addition of Howard, do the Rockets have a shot at toppling the West's best? Shooting guard James Harden led the team in points (26.3), assists (4.5) and steals (2.0), leading the surprise Rockets to one of the 3 best offenses in the league. Where will Howard make a difference? Howard has gotten the reputation of not liking coaching styles. When he was in Orlando, he played a part in Stan Van Gundy getting ousted, which included what is quite probably the most bizarre pre-firing presser that you will ever see.

Amidst the candor and the Diet Pepsi sipping, you might notice Howard's behavior. This is the guy whom the Rockets are acquiring.

Lest you think it a one time incident, Howard, then voiced his displeasure with Lakers coach Mike D'Antoni, which led to this infamous 'candid' photo-op: 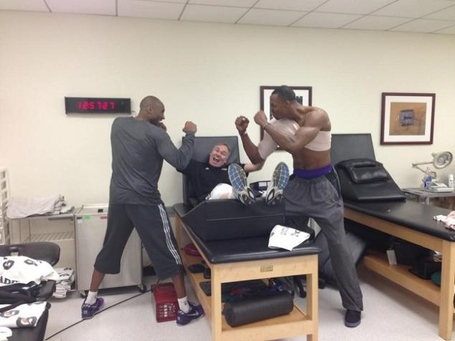 Again, this is the guy whom the Rockets are acquiring.

Rockets coach Kevin McHale will not please Howard, either. Time will tell whether Howard's play under McHale will be similar to that of D'Antoni and Van Gundy, but his career speaks for itself. He is an unserious player against the most serious team in the Western Conference. We still like the Thunder's chances.