I won't give it away, but one of the reasons rhymes with shmaft pick.

Dwight Howard has disappeared into the vast wilderness of the United States. When he emerges, he will be a man, much as he was before he entered. More importantly, Dwight Howard will have decided where he wants to go in free agency.

Obviously, the Thunder are not an option in this free-for-all, nor should they be. The two front runners appear to be the Houston Rockets and Los Angeles Lakers. Howard has perfect reason to pick either of those teams. The Rockets have a stable of talent and a cunning general manager, while the Lakers have the history and the veteran presence to win right away. Other wildcard bids from Dallas, Golden State, and Atlanta might intrigue him as well.

From an Oklahoma City perspective, it might not seem all that relevant where Dwight Howard ends up. He's not on our team, and he doesn't appear to be a game changer. Case in point, the defense was a total disaster on last year's Laker team, and he was injury-prone. If you want to look at it from a more immediate perspective, you could also consider that Dwight had some of his worst games against Oklahoma City, thanks to the classical big man defense of Kendrick Perkins.

But, let's put all of that aside for a minute. If Dwight Howard manages to return to his 2012 level, he will likely be at the helm of a team that competes with Oklahoma City for Western Conference domination. Every West team that he's considering has established stars and the potential to win a ring within the next three years. The only real way he could be a non-threat is if he went to his hometown Hawks, which isn't likely.

Again, which team that he goes to might not be particularly important, in your view. But, consider this:

If the Mavericks finish with one of the NBA's 10 best records in the next four years, we get their draft pick.

This is the oft-forgotten pick that the Thunder received in the James Harden trade. It didn't seem particularly revelant at the time, with Dallas on it's way to the lottery and a bunch of aging veterans. However, if Dwight Howard decided to come to town, the whole situation changes. All of a sudden, you've got the Western Conference's best front line in Nowitzki and Howard. Sure, there's a lot of question marks surrounding them, but it doesn't really matter if they turn out to be great. All they have to do is finish around the 5th seed or higher, and the Thunder get a free first round pick.

Do the Mavs have the cap space to get Dwight Howard? 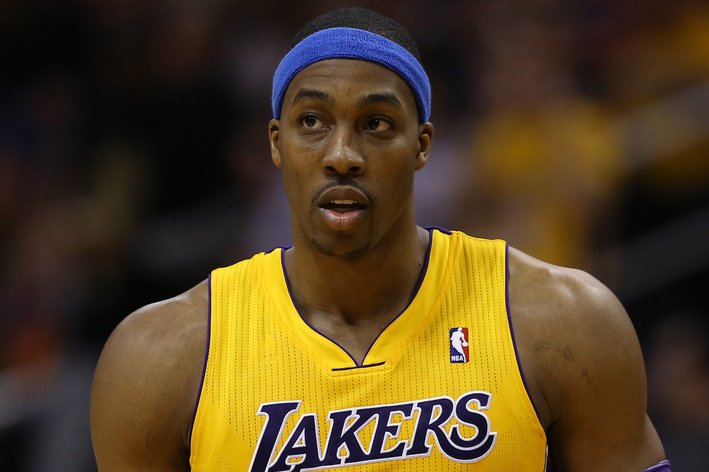 Mavs Moneyball asks, is cap space enough for the Mavericks to land a big fish like Howard?

If Howard doesn't go to Dallas, circumstances become much more grim. The Mavericks are also looking at acquiring Rajon Rondo. Rondo would be a definite boost, but the Mavericks won't have many role players to go with him (this would be true even if Dwight came to Dallas), and Dirk's days are numbered. That team would have a chance to get the high record that the Thunder need, but I wouldn't bet on it.

Aside from the allure of another first round pick, there's another reason I want Dwight to go to Dallas....

We've got to keep the rivalry going.

For me, there's always something special about beating a team from Texas. Sure, you could point to the Rockets or Spurs and say that they're equally Texan. But Texas is so gargantuan that it might as well be three states sewn together. Besides, Dallas is the city that's closest to us and basically symbolizes the entire state. I mean, the Mavericks' old logo used to have a huge cowboy hat on it. I rest my case.

But seriously, the Mavericks rivalry has been great over the past five years. I've documented the first four years of it, and last year's matchups were no exception. Two of the games went to overtime. I don't think that any other team has been nearly as consistently close and competitive with the Thunder, regardless of what level they were on with the rest of the NBA. Getting Dwight Howard on the Maverick roster would add a whole new chapter to the storied competition.

Sure, if Dwight went to the Rockets, it would give us more reason to hate James Harden. But I don't want Oklahoma City to get the public image of a bunch of spoiled and jealous kids. There are other cities who have more reason to mourn the loss of a superstar. Oklahoma City still has a very powerful team, and we should be well-renowned for a great rivalry, not for trying desperately to beat our old ghosts.

So, when Dwight Howard emerges from the forest to give us the answer that we've all been waiting for, I certainly hope that the answer is Dallas.