We're in the offseason, but that won't stop Nick Collison from earning hustle points on his vacation all over the globe and in other dimensions.

Share All sharing options for: 2013 NBA Offseason: Nick Collison is your summer champion

We're in the NBA offseason, so unsurprisingly NBA players are looking for things to do. If you're Kevin Durant, you continue being the cool friend who shows up at your former teammates' weddings.

Nick Collison however has other things in mind. He began by photobombing some innocent children at the beach: 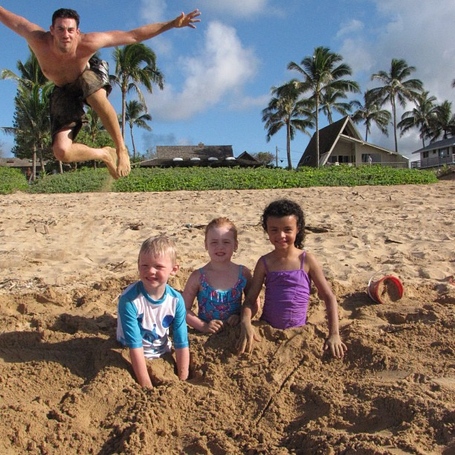 Discontent to cease his summer activities with mere child's play, Collison dropped in on the extreme outlaw crew the Ex-Presidents to hang-ten, rob some banks, and jump out of airplanes. 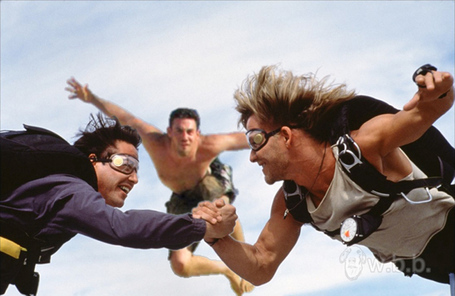 After departing the west coast, Collison stopped by the Democratic Peoples' Republic of Korea, AKA Best Korea.

You may be able to Photoshop a Best Korea beach invasion, but you can't Photoshop C-Day. 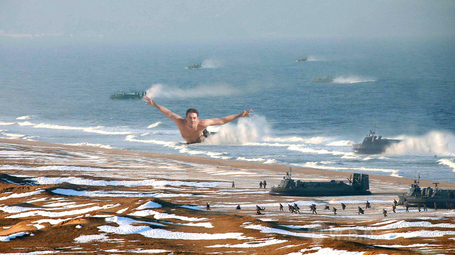 If Nick can vacation on the sandy beaches of NORK, then he can vacation anywhere. Even surfing on an atomic bomb.

"I'm Nick Collison and I'm here to fix this like the love child of John McClane and Carrie Mathison!"

An atomic bomb was dropped, but there was no explosion. Somewhere in Indiana, Ron Swanson is slow-clapping with one hand. 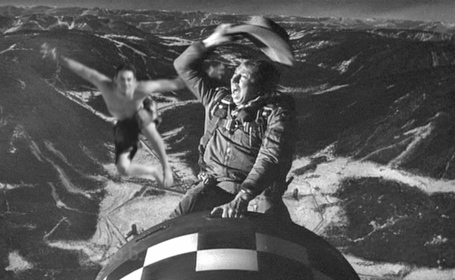 Lastly, Nick left planet earth through the Scotty Brooks playbook and wound up in Fantasia. 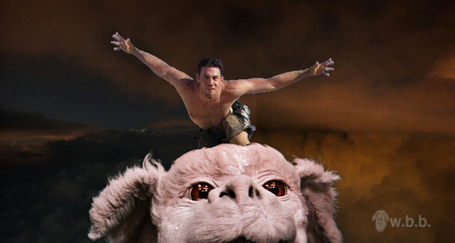 I don't give a rip if it's not what Emily Post would do, this is about winning basketball games and I want to cry now. Will the local OKC media continue to freak out over Jay Z signing KD regardless of the fact that it has nothing to do with where he's currently playing? These are all disconcerting to one degree or another, but Nick Collison is here and he's the NBA's Ron Swanson. It's going to be okay.