The 92-88 thriller last night was great game and start to the NBA Finals in which San Antonio overcame playing on the road and with the spectral burden of week's SI cover story, but what other options could SI have gone with?

Last night's win for the Spurs was monumental, with or without the Sports Illustrated cover jinx. With the quiet charisma of a 1990's Mark Morrison, San Antonio returned to the NBA Finals and took care of business in game one. Somewhere around game three the Heat will get their act together, as seems to be their way of doing things, but until then I think Popovich has earned microwave corndogs and Diane Rehm. Oh, and then there's that thing with Denver and George Karl. Denver, as a sports city, does these things from time to time. As a Thunder fan I'm hoping he ends up in the Eastern Conference. Be that all as it may and being thorough as we are wont to do here at WTLC, we are not content to leave it with regional covers featuring the Spurs and hockey. Let's take a look at some others options.

Alternate #1: George Karl is replete with job offers and being fired. An odd combination, but Los Angeles has better weather than Denver if you're into the whole "beach" thing. Side note: Chris Bosh photobomb is the best photobomb. 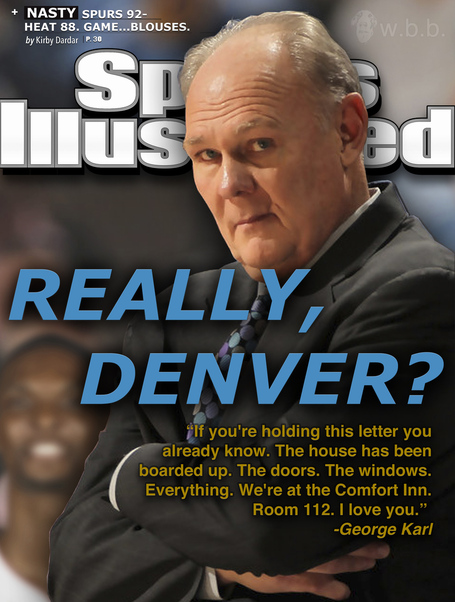 Alternate #2: The NBA's flopping epidemic. Joey Crawford is fed up with it like it was the "I ate the bones" guy. 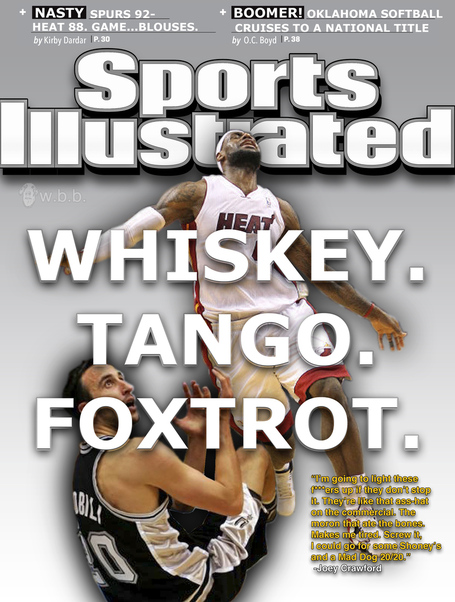 Alternate #3: Chris Andersen pours a generous helping of bath salts on his Cheerios for flavor and verve. 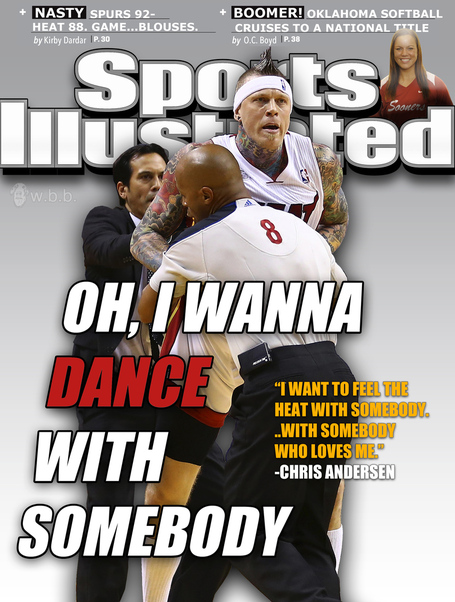 Alternate #4: Popovich returns like a mack to the NBA Finals. 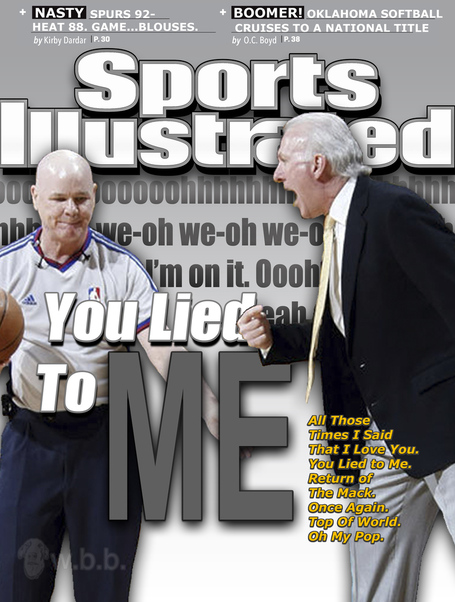