2013 NBA Free Agency: Kevin Martin is Gone. Deal With It.

The prospects of Kevin Martin in a Thunder uniform next season are grim. Here's why....

Share All sharing options for: 2013 NBA Free Agency: Kevin Martin is Gone. Deal With It.

In all of the off-season talks we've engaged in so far, the forgotten man seems to be Kevin Martin. He was the Thunder's fourth leading scorer last season, and an essential cog coming off of the bench. However, what most fans are going to remember him for is how drastically he dropped off during the playoffs, playing a large role in the Thunder's defeat.

Why? Well, the Thunder are running up against the famed luxury tax threshold. When they go over that threshold, they have to pay $1.50 to the league for every dollar they spend on a player. If they go $5 Million over the threshold, the amount increases to $1.75, and so on.

Here's the bad news: The luxury tax threshold is at $70,307,000. This gives the Thunder only $2,311,602 to spend on at least two more players (as they need 13 to make a full roster). Most likely, this money will go to the players the Thunder have on non-guaranteed contracts, who will make about $1M each. Basically, the Thunder will probably end up signing Thabeet and Liggins, while cutting Orton without penalty. That would put them at 13 players, and a salary of $70,079,691. Just about $200,000 away from the luxury tax, with breathing room gained when more players expire next year.

Is Kevin Martin ready to move on from OKC? 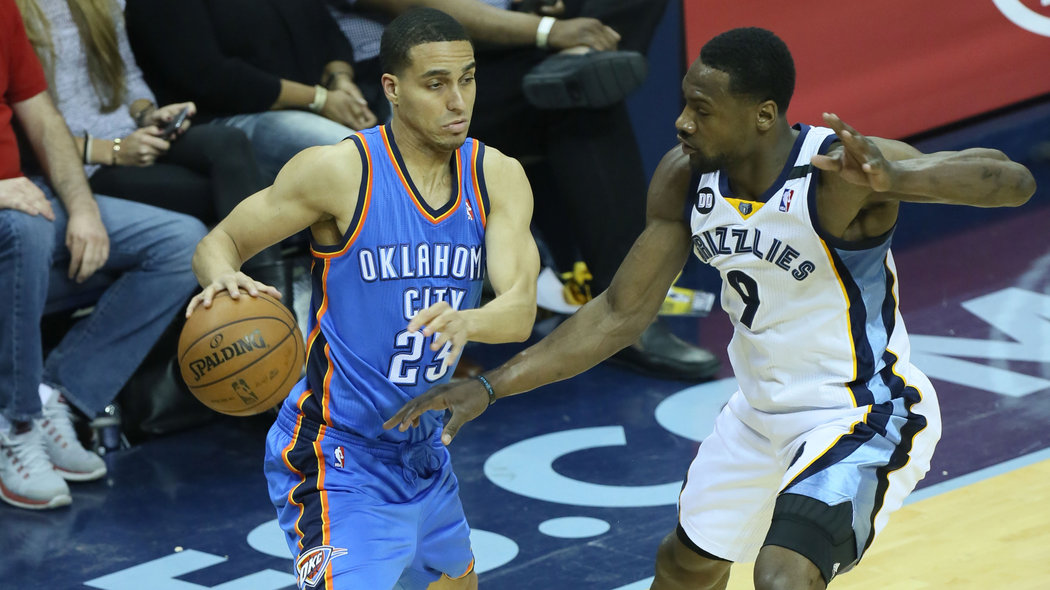 Kevin Martin is one of the more sought after free agents this off-season.

Where does this leave Kevin Martin? Well, it leaves him in the category of too expensive. Theoretically, the Thunder could offer him over $16 Million next season, but no one is going to pay that amount for him. A more realistic Market value would be in the neighborhood of $5 Million. A lot of the teams that are offering Martin money are over the soft cap, so all they can pay him is the Mid-Level Exception, which is at $5 Million. There's a chance some teams might be willing to pay more, like in the $6-8 Million range, but anything over that would probably be overkill.

Is there any hope? Well, if the Thunder are going to re-sign Kevin Martin, one of three drastic things has to happen.

1. A Trade. Ever wonder why Sam Presti was so aggressively shopping Kendrick Perkins and two picks during the draft? He really wanted to get rid of his salary, while also getting rid of the two expensive first round draft pick salaries. Had the trade gone through, it would have cleared hella cap room. Basically, we would've had the space to re-sign Martin and a couple of other guys, like Brewer, Orton, or another Free Agent.

2. The amnesty clause. The Thunder held onto their amnesty from the 2012 CBA, and they can use it to release Durant, Westbrook, Perkins, Sefolosha, or Collison, and have none of their salary count against the cap. Amnestying Durant or Westbrook would be senseless, obviously. Collison and Sefolosha provide good value for money, so they're out. The obvious solution is to amnesty Perk, who's making 9 million. That would clear room for Martin, but Sam Presti has already said that amnestying Perk is not an option. So don't expect this to happen any time soon.

3. Go over the Luxury Tax. Just so you know, this option is the least likely of all three. Let me put it this way: The Thunder refused to re-sign James Harden, for fear of going over the tax. What makes you think they'll go over to sign Kevin Martin?

So, when you're looking at the news over the next few weeks, wondering what the Thunder are going to do, don't even pay attention to where Kevin Martin is going. Pay attention to potential trades, because that's where the real action is. Starting next year with 13 players and a lack of Kevin Martin is probably a worst case scenario for Presti at this point, so a deal is almost certain to be done. At least, I hope.

What do you think about the Thunder's free agent situation? Let us know in the comments!