Is Adams the solution to our problems, or is he the next Cole Aldrich?

As you know, the Thunder drafted Steven Adams last night. We've all read the scouting reports on him from the national experts, but we haven't gotten an opinion from those who watch him most. Thus, I decided to contact SB Nations' own Cardiac Hill and ask them a few questions about Adams. Anson, the man who runs Cardiac Hill, was more than happy to oblige. You'll find the interview below, and hopefully it will clear up some of your misconceptions, as well as give you a firmer idea of what Adams is able to do.

Zorgon, Welcome to Loud City: Steven Adams isn't a pick that excites a lot of Thunder fans, especially with the recent failures of Cole Aldrich and B.J. Mullens. What do you think makes Adams better than those guys and worthy of the 12 overall selection?

Anson, Cardiac Hill: That's understandable and he doesn't have the highlights that many picks in the lottery did. And I'm not going to try to convince you that Adams was a better college player than Aldrich, who was pretty good by the time he left Kansas - he wasn't. With Adams, it's really all about potential. The key thing to remember is that he hasn't been playing basketball all that long in general, and his freshman year at Pitt was his first year of playing American style hoops. He has the size and athleticism needed in the NBA and despite being a while away from being a night-in, night-out type of contributor, he improved drastically from the beginning of his first year in college to the end. 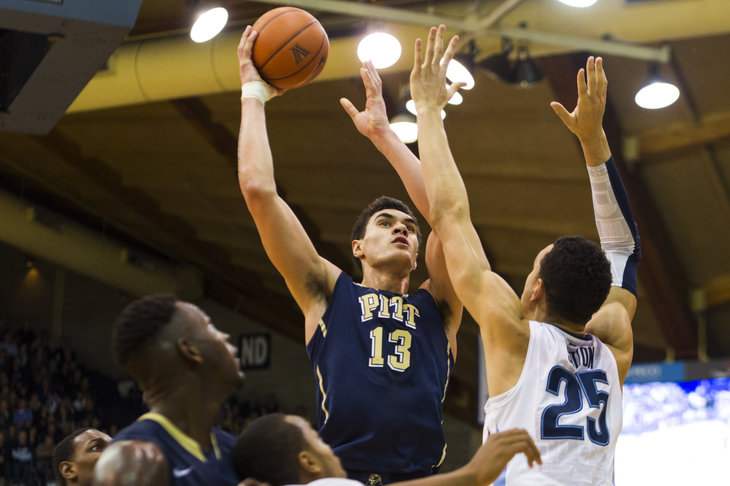 The frustrating thing was that he was a complete non-factor at times during Pitt's non-conference schedule - even against some weaker teams. And against Michigan in Pitt's biggest non-con game of the year, he went scoreless and really was focused on just staying out of the way it seemed. But by the time the Panthers played Big East teams, Adams contributed something in every game. He rarely posted big stats, but played great defense much of the time and overall, his rebounding was solid. He won't always contribute offensively (he was shut out in two games this past year and on several occasions, was limited to only a handful of points), but the defense and rebounding out of him was pretty consistent. He's an athletic shot blocker that should be able to set up some fast breaks with that ability, and he runs the floor extremely well.

WTLC: Adams was a top of the draft prospect before his year at Pitt. Do you think he did anything to hurt his stock there, or do you think that the hype was too high?

CH: I don't think he hurt his stock by playing a year in school. He was touted by some sites before coming to Pitt as a potential top five player in the draft, but I'm not convinced he would have actually ever went that high. Adams reportedly had very good workouts for NBA teams prior to the draft, but it's really hard to take a player that high with that many questions without seeing him in actual games against good competition. By playing at Pitt, some of his flaws were clearly exposed. But that said, I think the year of college will go a long way into making him more ready for the NBA at a sooner time.

The hype coming in for Adams was definitely too high. He was touted as a top five player coming into college and he wasn't one of the top five freshmen in the NCAA last year. Adams often frustrated us with his poor free throw shooting and close misses at point-blank range right around the basket. But as I said, by the end of the season he got better and lived up to some of that enormous hype a little more.

WTLC: What areas do you think Adams has improved upon the most over the past year?

CH: I'd say his overall comfort level in games is where he's made his biggest strides. I know that's not real comforting to hear, but if you saw him early in the season, you'd understand. Pitt had two preseason games against D-II opponents that didn't have much size and Adams still struggled.

I wish I could say that his offensive game got better, but it just didn't grow all that much in my opinion. Adams cleaned up after some misses, but doesn't have post moves or really much of an ability to get his own shot against players his own size just yet. Early on, even against shorter centers, Adams looked timid at times. But in the finale against Wichita State in the NCAA Tournament, he was really the only bright spot Pitt had with 13 points, 11 rebounds, two blocks, and a steal. Considering the stage of the NCAAs, it may have been his best game of the season and he played really well. His comfort level on the floor improved by leaps and bounds.

WTLC: You said in this excellent article that Steven Adams most likely won't be ready for the NBA this year, or possibly even next year. That being said, the other centers on OKC's roster are Thabeet and Orton. How long does it take him to surpass those guys? 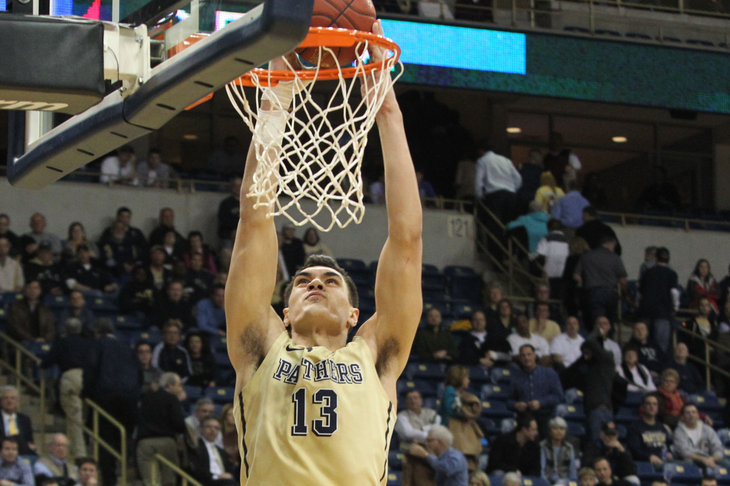 What does Adams have in store for OKC?

CH: Adams is really difficult to project. Here's what we know - he improved during his one and only year in college and played against excellent competition in the Big East. But playing in the NBA will be an entirely different proposition and it's really going to be a starting over of sorts. Instead of playing against the occasional seven-footer in college, he'll be facing them every night in the NBA. The players are bigger, stronger, and faster, and Adams won't have the size advantage that he enjoyed most of the time in college.

That said, OKC's center situation is pretty dire right now. And the one thing that should encourage Thunder fans is that Adams is a fast learner. As I said, there's no guarantee that he will pan out even by next year, but if he gets time on the court this season and is allowed to learn, he could be ready by the following season next year. I'm not real high on Thabeet and am not too familiar with Orton, but I still don't think Adams comes in and tops those guys right away. A best-case scenario for me would be seeing him possibly get some starts by next season just by default because the other two guys haven't shown too much. But if OKC adds a veteran there (and they almost have to, right?), I don't think Adams beats him out for playing time. A guy like Kendrick Perkins who really struggled last year is leaps and bounds ahead of Adams right now in my opinion.

Could Adams surprise everyone and be a solid contributor this season? Sure - particularly if he's forced to play by default because of a lack of depth at the position. I'm just not too sure I see it happening.

WTLC: In another article, one of your writers mentioned that Steven Adams tended to disappear against higher-profile centers. Who did he struggle against and why?

(If you wait through the intro, you can see some of Adams' struggles vs. Dieng in the above video.)

CH: Adams didn't play a ton of true centers since many teams in college choose to go with three guards or forwards, but the one guy that sticks out the most was Corey Petros from Oakland. He's not a huge star, but was the team's leading rebounder and second-leading scorer. Petros was the biggest reason Oakland nearly upset Pitt at home and he finished with 19 points and seven rebounds largely against Adams. Conversely, Adams responded with only four points and five rebounds. His biggest problem in that game was staying out of foul trouble and Petros really took it to him offensively without much of an answer. The other game Pitt fans will remember was against Louisville. Adams had a pretty solid game with eight points and seven rebounds in the box score, but he was clearly outplayed by fellow NBA Draft pick Gorgui Dieng who went off for 14 and 12 - both well above his season averages.

I continue to maintain that Adams may find it hard stopping players defensively that are as big as he is. Folks have mentioned that ideally, he's a power forward and that may be the case. He's athletic enough to cover them on defense and would have a size advantage over some on offense.

WTLC: What was your favorite Steven Adams moment?

Many thanks to Anson of Cardiac Hill for taking the time to answer our questions!

If you want to find out more about Steven Adams and his abilities, check out the articles below: