ESPN reports that Alex Len might be the guy that the Thunder are willing to trade up to acquire.

WTLC has reported this past week that the Thunder have been chasing high draft picks, possibly as high as 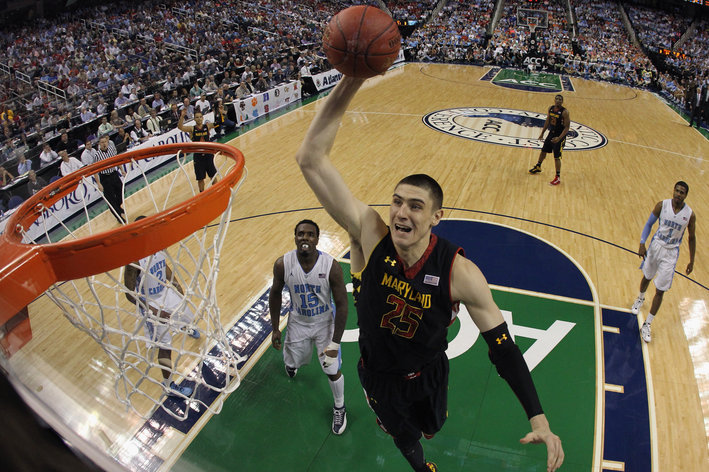 the #1 pick. While that may prove too difficult, sliding into the top 5 may be more realistic, as we reported earlier today.

Andy Katz of ESPN tweeted earlier today that Alex Len, Maryland big man considered to be one of the few guys worth the #1 pick, had met with the Thunder. Here are Katz's comments:

This is an interesting bit of information, not the least of which a) it indicates that Nerlens Noel may not be the #1 consensus everyone thinks he is; b) Cleveland may see the value in trading down, hoping some other team is in love with Noel; and c) the Thunder think they might be able to trade up with the assets they have in order to grab the guy.

We will find out soon enough, but we will continue to stay on top of this story as it unfolds.