We're only several hours away from the most important day of the NBA offseason, the NBA Draft. It's where sixty young mens' dreams are attained and 30 franchises set their sites on the future. This year, the Oklahoma City Thunder look to find three players who can define the future of the organization.

On Monday night, I hosted and took part in an NBA Mock Draft (first round only) on Spreecast, which is available to see our results as well as replay. 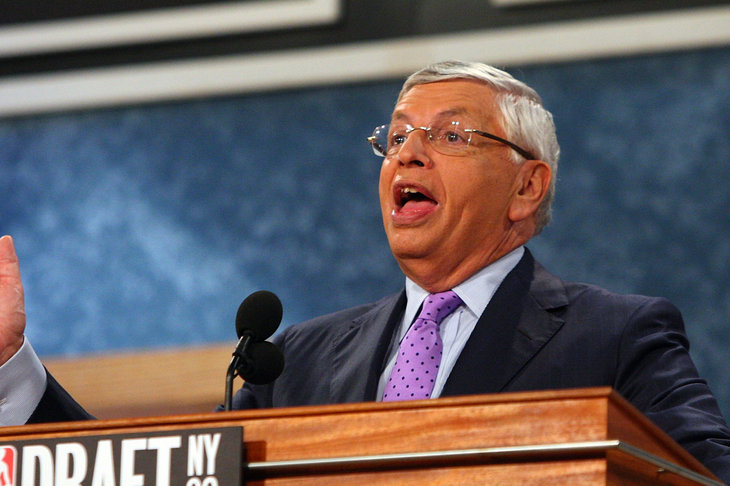 I represented the Oklahoma City Thunder at picks twelve and twenty-nine. In this article, I will break down who I selected at pick twelve, and how he will fit into the Thunder's roster.

Before I started the mock draft, I did my homework, which was to establish the biggest needs of the Thunder's roster, the positions we're struggling at, and the positions at which we're short-handed. All Thunder fans know where we struggled in the postseason, and that would be the five position, center. Kendrick Perkins and Hasheem Thabeet are the two listed centers on the roster, but we still need assistance.

Although rookies rarely see time on the court for the Thunder, a post-man is still extremely necessary, so that's what I used pick number twelve on; center Lucas Nogueira. Nogueira is a 7'0 big man out of Brazil, with a massive 7'6 wingspan. After this pick, I was asked the question, "Why not Steven Adams?" Steven Adams, center from Pittsburgh, is ranked higher than Nogueira, but I liked Nogueira. It looks like his arms are about ready to hit the floor. When he jumps at full power, it looks like he could jump over a building.

Watching his workouts, he's very aggresive. He knows how to finish at the rim, and when he doesn't, he'll get the board and put it up again. He'll set a pick for his teammate, and if they can't get it done, Nogueira will. He's a natural at the Pick-and-Roll.

Defensively, Lucas Nogueira is a freak of nature. When he transitions from offense to defense, he's on you like glue. Don't try to get into the lane when Nogueira is running down, you'll get blocked. When the 7'6 wingspan comes into play, it's usually not pretty for the offensive team. Nogueira is known for his transition defense, and that's why he's a great fit for the Thunder. The Thunder are already a great defensive team lead by Serge Ibaka, but another big man that could be trouble for the opponent could make the Thunder one of the top defensive powerhouse teams in the West.

In conclusion, Nogueira is an underrated center that may not go in the top fifteen, but if the Thunder draft him at pick number twelve, he would be a great fit. A 7'0 big man that knows how to finish at the rim and can block a shot could benefit any team, and that's Lucas Nogueira.