Being thorough as we are wont to do here at WTLC, let's take a look at some alternate SI covers.

There's nothing snarky to offer up in regards to the upcoming Sports Illustrated cover, so let's jump right into the main points of this week's installment of Alternate Sports Illustrated Covers. The Miami Heat won the NBA title and what the hell just happened in Boston? I would have looked into that thing about the Drake guy, but I have no idea who he is as Jurassic 5 and Mos Def are as up to date as I get for music. He's named after a duck, and apparently of his own volition. The man has suffered enough.

Alternate #1: Chris Bosh to the extreme. 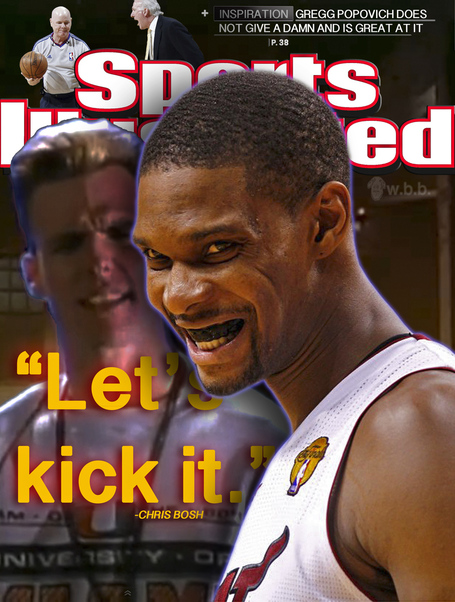 Alternate #2: Tim Duncan is here to ruin whatever happiness you have ever had. 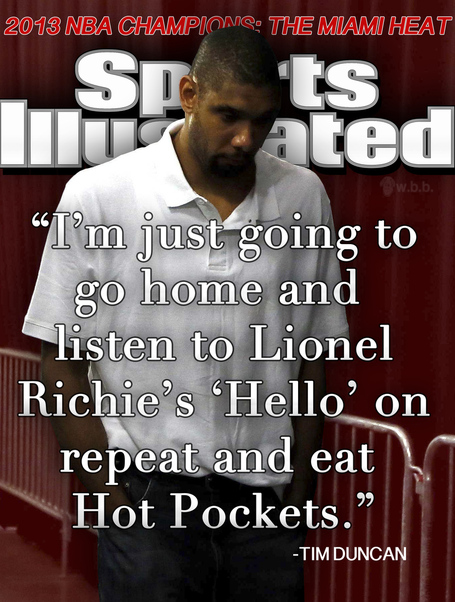 Alternate #3: What the hell just happened? I'm not all together sure, but Doc Rivers can pretty much play Pebble Beach whenever he wants now. So that's cool. Also, Shane Battier ate at a Denny's after winning the NBA Title and in doing so also won the internet. 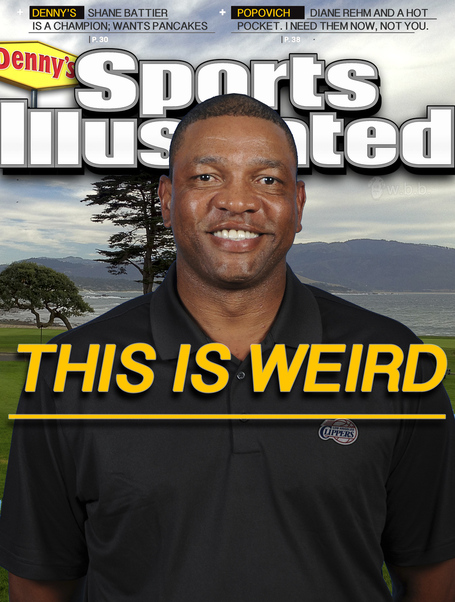 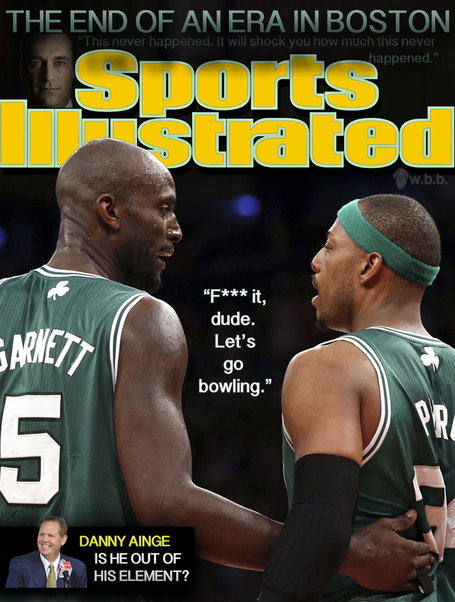