This Week in Alternate Sports Illustrated

It's your weekly look into alternate Sports Illustrated covers.

Share All sharing options for: This Week in Alternate Sports Illustrated

This week's Sports Illustrated cover features the Detroit Tiger superstars Miguel Cabrera and Prince Fielder. Then SI embarks itself on a mission of baseball history name dropping. The cover story reads "Bash Bros", and while that's better than "Bash Brahs", it's still an obvious nod to McGuire and Canseco. If left at that, and willingly giving effort to overlook the obvious connection of yesterday's and today's issues with performance enhancing drugs, I would say it's worthy copy for the cover. Rather than leave it with that comparison, Cabrera and Fielder, in the infinite knowledge of SI's Michael Rosenberg, compares the two with Micky Mantle and Roger Marris. That's probably a bit much, but being an ardent Cubs fan that pays little attention to the American League, I'll let it go. However, there are several alternate versions of the cover to discuss. With the NBA Finals in full swing, tied at two games a piece, USMNT (aka Von Trapps) engaging in what should be a trip to Brazil and the World Cup, and a thrilling start to the Stanley Cup NHL Finals. Seeing that SI opted for baseball, and being thorough as we are wont to do at WTLC, lets look at some alternates. As a side note, I was trying to do something with the opening paragraph. It didn't work, but it was so beautiful. Scroll to the bottom to see what could have and should have been (weeping softly).

Alternate #1: Gregg Popovich would love to answer your questions, but he's all set to watch some Ethan Hawke and Julie Delpy magic after the game. Do not get between him and this, it will not end well. With the series tied at two, he needs it right now. 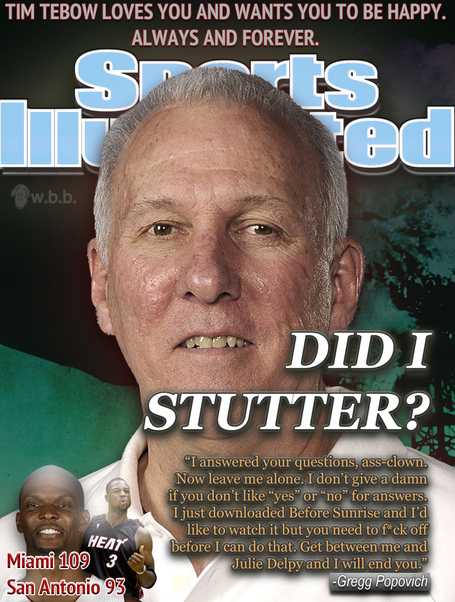 Alternate #2: A Look back at Game 3 of the NBA Finals. 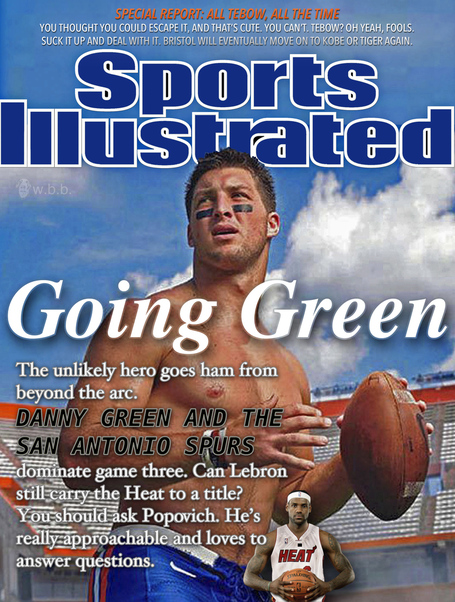 Alternate #4: Chris Bosh is a dinosaur that wins basketball games at his leisure while flopping when appropriate. 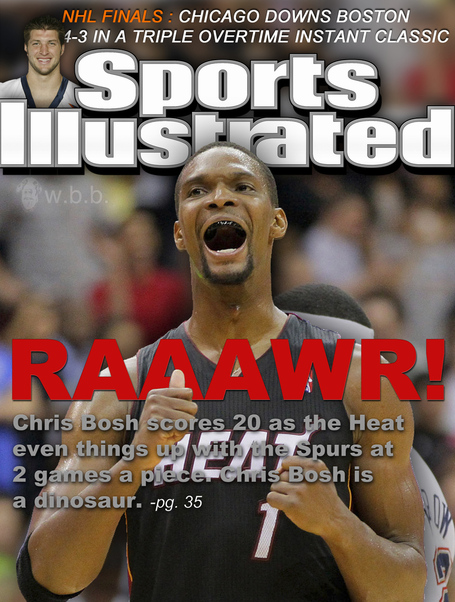 Finally, as mentioned at the top, I was trying to pull of something with the intro paragraph that failed spectacularly. Not unlike one quarterback's experience with the New York Jets. Look to the left side of the paragraph. 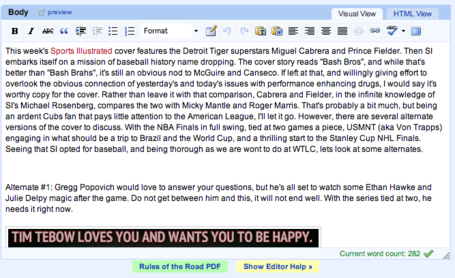