Russell Westbrook followed up an emotion-filled Game 2 win over the Rockets by going with another all-black look.

Russell Westbrook apparently keeps a human-sized shoe-horn in his locker, because that's probably what it took to get into this all-black, all-leather affair: 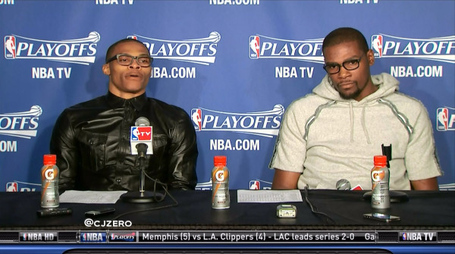 It's sort of a cross between Edward Scissorhands and The Gimp.

Or, as my fellow first initials brother-at-arms J.A. Adande says:

Even so, Russ still stays out in front of his young protege James Harden, who is still trying to rock the denim quilt look: 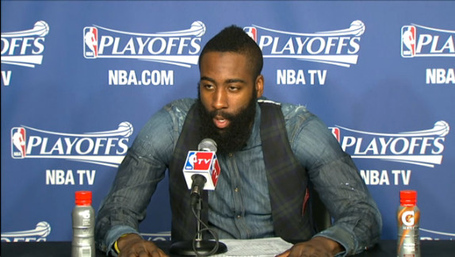