Kevin Durant is the cover athlete for this week's Sports Illustrated and that, cover jinx aside, is pretty awesome. But being thorough as we are wont to do here at WTLC, let's take a look at some alternative covers.

The new Sports Illustrated, featuring Kevin Durant in a great article by Lee Jenkins, also features an equally stirring cover image. Jenkins, and the cover image, take note of the soon to be iconic quote from Durant, "I've been second my whole life. I was the second-best player in high school. I was the second pick in the draft. I've been second in the MVP voting three times. I cam in second in the finals. I'm tired of being second...I'm done with it." To be fair, he did win a gold medal in the Olympics this summer, but I see his point. But what if KD's SI cover came in second? Let's take a look at what else could have made the latest cover of Sports Illustrated. 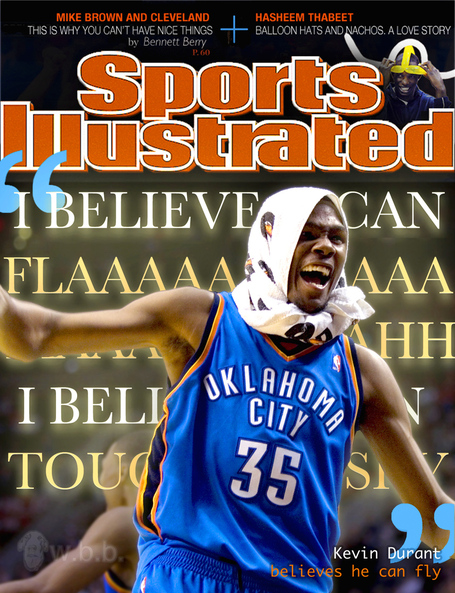 Alternate #2: A hard hitting, gritty look into the life of Joey Crawford that pulls no punches. 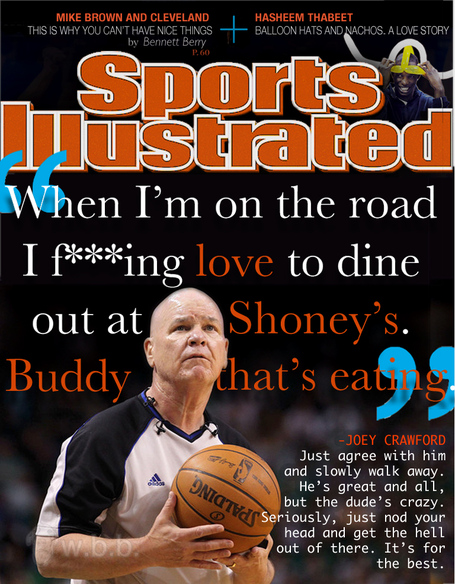 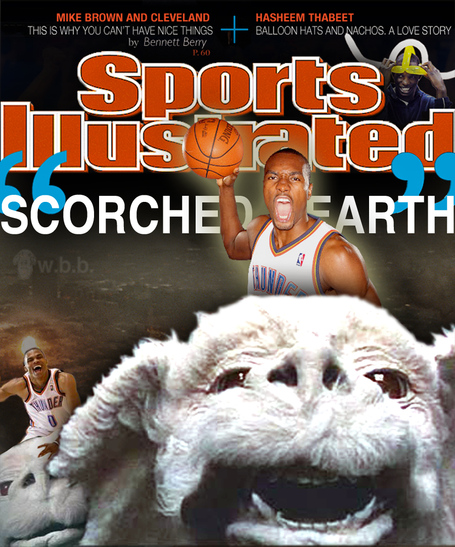 ALL I WANNA DO IS ZOOM-A-ZOOMA ZOOM-ZOOM AND A BOOM BOOM! 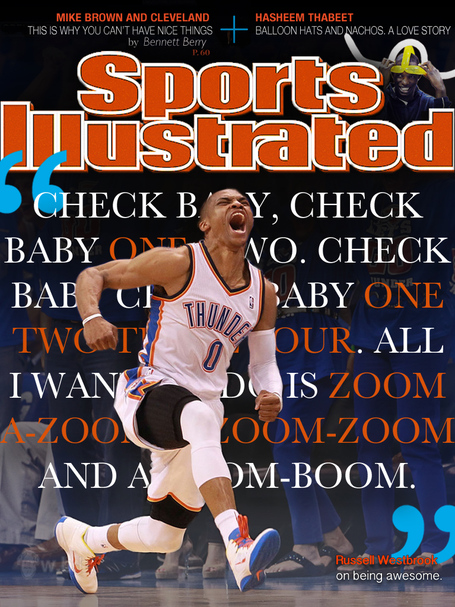