Welcome to a very special Halloween edition of the daily Loud Links.

The Thunder kicked off their season with a "please don't blow this" ending in Utah, holding on for a 101-98 win. Folks, let us gird our loins and be patient with this team. It's going to take some time as they iron out the pieces, but if there is one thing we do have, it is time.

Mayberry writes in his post-game musings that the 2nd unit comprised of Jeremy Lamb, Perry Jones III, Nick Collison and Steven Adams seemed like a recipe for disaster, but they held their own. Me? I kind of like that make-up, especially when Reggie Jackson returns to it.

In Tramel's post-game notes, he comments that Reggie Jackson's stat line was solid, but he seemed awfully passive in trying to get the ball to the rim. Let's state the obvious if it isn't already obvious - Reggie is a great free throw shooter, as he proved again last night in knocking down game-clinching foul shots. He needs to understand that this FT shooting ability is one of his greatest strengths and that he needs to figure out ways to capitalize on it.

Royce Young writes the line that I'd be too afraid to scribe myself:

Here’s something I realized late in the fourth quarter: Remove Durant from the Thunder, and they’re pretty much the Jazz. That terrifies me.

Anthony Slater is doing a fine job in his new role at The Oklahoman, breaking down video like we like to do here. In this story, he takes a look at a number of Serge Ibaka's shots. From my perspective, I like almost every one of them. I think those are shots he needs to take. The only drawback is that the mechanics of his jump-hook are all screwy and he needs to polish it a bit before he uses it more. Also, was it just me, or was there something a bit "Dream-Shake" like with this move?

Metta World Peace rides the subway to the Knicks' home opener. Granted, the man did give James Harden a concussion, but I have to admit that the NBA will be a little bit less interesting when MWP retires.

Adande runs down the current state of the NBA, at least according to its television product. I personally think it's fantastic, although I wonder how close to the edge they're going before they start to turn into the NFL's version of a botox product. In other words, that sense of self-analysis that has to reveal visual perfection instead of realizing that imperfection is what makes life most interesting.

What kind of expectations should we be placing on coaches like Scott Brooks? Hickory High takes a look at Rick Carlisle's impressions and the coach offers some very candid comments.

"People are going to argue that this is one of those cycles," Carlisle said during a surprisingly candid pre-game presser before the Mavs/Hawks preseason game last week. "One of those years where there’s a lot of change. Those guys are gonna be in a great position to get a year away – to get some rest, to recharge. And with that kind of success in their recent past, they’re going to be highly desired whenever more jobs open."

Are we really still talking about tanking? Yes, of course we are. One aspect that I think gets under-written though is the impact tanking can have on a team's morale. Thinking back to the lean OKC years, Durant & the gang always maintained that they weren't tanking, they were learning how to win. That's a recipe for future success. 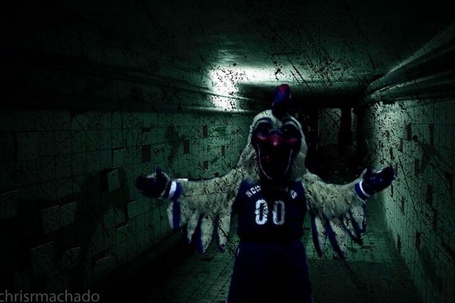