Anthony Slater reports that Russell Westbrook made an appearance at the Thunder's Monday practice.

Russell Westbrook returned to Thunder practice today, according to Anthony Slater of The Oklahoman. In a bit of good news after mostly discouraging speculation over the past month, both Westbrook and Kendrick Perkins (dislocated finger) were at the Monday practice, marking the first time this season where OKC has had its full roster on the court.

Thunder fans have been on pins and needles since the news broke that announced Westbrook had to get his knee scoped to investigate possible reasons for swelling. The surgery pushed back Westbrook's recovery until a possible return date in December. Fearing the worst, speculation abounds as to whether Westbrook would ever regain his form. In light of this, the news of Westbrook on the practice court is a positive.

In recent weeks, Westbrook has been seen on the court during the portion of practice open to the media, going through light workouts with the Thunder training staff.

But on Monday, he apparently amped it up. And even in that brief setting, Reggie Jackson, the man who is replacing Westbrook in the starting lineup, seemed to be impressed. 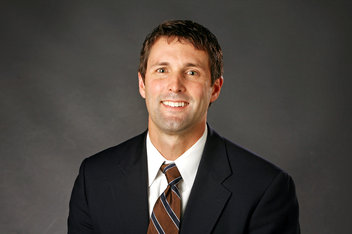 Jackson had this to say:

"Oh, man. Russell today…" Jackson said when asked how Westbrook looked, cracking a sly smile. "It’s actually funny. My brother and his brother talk a little before games. His brother told mine that Russell’s probably bouncing better than ever. I had to see it to believe it. One of the dunks (today), he went up and looked like the old Russell, plus some, head at the rim. We’ll be happy when he gets back fully healthy, but it’s good to see him with a smile on his face, being about the team, bouncing back and happy to be back on the court."