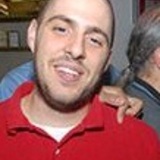 Last week, it became known that the OKC Thunder have hired NBA blogger Sebastian Pruiti to join their organization.

If you've been reading in this space for any length of time, you know that we hold Pruiti and his work in high regard. Originally writing at NBA Playbook and even here at SB Nation, Pruiti became well-known as the de facto NBA video-breakdown guy. He was recruited by Grantland last season and continued his outstanding work there, accurately predicting (much to our consternation) the winner of the 2012 championship. Pruiti's departure from Grantland and his new home were both confirmed by Bill Simmons:

Though he inspired a number of others to pick up the breakdown mantle (ourselves included), nobody does it better and the reason why is because Pruiti's work is a byproduct of his expertise. He isn't just a writer, but a coach as well, working in an assistant capacity with the Fort Wayne Mad Ants last season. He understands the X's and O's of both offensive and defensive NBA playcalling better than most, and he figured out a great way to show it off through a tapestry of video clips, annotated screen caps, and written commentary. As a result, his work is informative, educational, and quite compelling. He is very talented, and the fact that he has been hired by the Thunder is pretty amazing because he is now one of the few writer/bloggers who have actually crossed over from being NBA news reporters/analysts to news generators.

Why would the Thunder hire him, and what effect will this development have on the blogging landscape?

It may seem like I'm writing an awful lot of words about another blogger, but I think the discussion is worth while on two fronts:

1. We lose an astute NBA analyst

Though I doubt Pruiti would remember me, I actually had the privilege of meeting him at a blogging conference a year ago. I recall two distinct attributes. The first is that he is a quiet and completely unassuming guy. In fact, he outwardly plays the classic coach stereotype well, that of being more comfortable in a video room than at a cocktail party. His demeanor belies his often passionate debate style that he undertakes in the Twitter-verse as well as in his writing. The second is that during a Q&A panel session, Jonah Kerri (he of Grantland) was asked who he thought the best up-and-coming bloggers were, and even though Kerri is a baseball guy, without hesitation he said Pruiti. The reason he gave was that Pruiti was doing something that nobody else was doing at the time (this was before Grantland hired Pruiti) and yet because his work was so functionally effective, it spawned many imitators to look at basketball in similar fashion. I don't know if Kerri was privy to the fact that Grantland was about to hire Pruiti, but his ringing endorsement, in my mind, was profound.

Now that Pruiti moves to the video office at the Chesapeake Arena, we lose one of the best voices for helping us understand how the NBA game works. My reaction on this front is that it is kind of bittersweet. It is bitter because we lose a great analyst and voice on the NBA landscape, a guy who has provided a plethora of fodder for this site here as well as inspiration for how to understand the game. It is sweet however because it is a great example of how, in our current day and age, passion and expertise can enable you to matriculate beyond your beginnings. I know that a number of our own SB Nation staff have gone on to more prominent NBA-related careers, and this is another example. It goes to show that if you care about something enough and take the time to perfect your craft while adding value, people who matter will notice.

2. The Thunder gain an analyst who was one of their biggest critics

The most enticing part of this development, to me, is not only what this little story says about Pruiti, but what it says about the Thunder organization. GM Sam Presti and his gang have staked out a claim, through word and action, that they are all about being the kind of franchise that makes the right kind of choices. They pursue smart solutions through smart processes in the hopes that their best laid plans culminate in an on-court product that can rival franchises who are not as bound by small market finances. When one's margin for error is small, (and when your end-goal is a championship, it is indeed small) every fractional advantage that can be gained is worth pursuing.

Over the past two years, there was one consistent criticism that has stuck with the Thunder - their play calling is simplistic and their play execution can be shoddy. Pruiti took them to task on numerous occasions, all with well thought-out arguments and suggestions to improve.

How'd that turn out for him?

Today he's part of the Thunder staff, and he is likely being charged to do the very thing he has done with Thunder play - find out what is wrong, represent it in an easily digestible and educational manner, and then offer suggestions to improve. Pruiti can do this, that's why the Thunder hired him.

What does it say about Presti? I quote Clark Matthews at The Lost Ogle:

For one, it’s cool to see a blogger get recognized for his work and get real job. Sure, Pruiti also doubled as an assistant coach for the Ft. Wayne Mad Antz of the NBADL, but I really doubt working for a sports team that spells ants with a "Z" helped him get this job.

Also, this hire confirms what we’ve long suspected: Sam Presti is a cool-ass nerd who reads blogs. In fact, I’ll bet Sam Presti is reading this right now. And I bet he’s now creeped out and blushing. And I’ll bet he’s now clearing his search history and about to close his internet browser.

The Thunder saw their weakness, they sought out a guy who could fix that weakness, and with a little bit of implementation they're working to turn it into a strength. Great move for the Thunder, great move for Pruiti, and it is exciting to see where his next move might be.