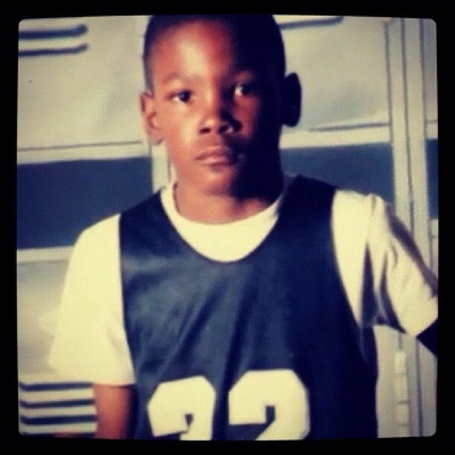 This is a photo of a young Kevin Durant (credit to the @trey5 instagram feed). It's most likely a photo of 11-year old Durant when he played on an AAU Hoops team called the PG Jaguars (PG standing for Prince George) with future NBA player Michael Beasley.

As a member of the PG Jaguars, Beasley and Durant combined to win multiple national championships and went on with their lives until they crossed paths again in the NBA.

This was one of the last times Kevin Durant wore #32. He switched to #35 in honor of his former AAU coach, Charles Craig, was murdered at the age of 35.