Share All sharing options for: David Blatt Gets a Mysterious Nosebleed At the End of the Russia-Lithuania Game 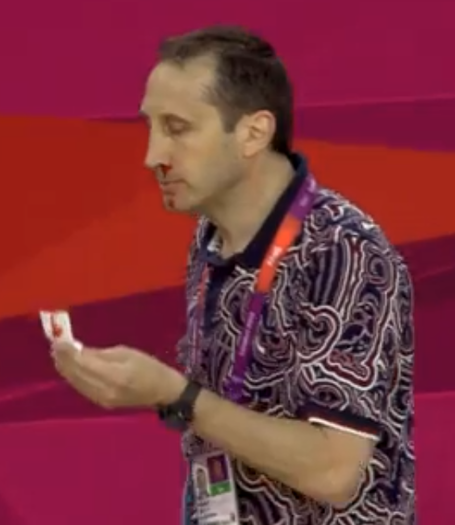 At the end of the Russia-Lithuania game, Russia ran away with their lead in the final seconds and were able to easily take the victory. And with about 11 seconds to go, David Blatt was looking alright. He went over to hug his other coached and congratulate them on the victory, but after coming out of the hug, he emerged with a huge nosebleed. It didn't look like he had been hit by anybody, and the whole thing seemed to emerge out of nothing.

He might have some pre-existing condition that I don't know about. Or maybe he secretly snorted some cocaine while celebrating with the other coaches. Or maybe he was clocked by a Lithuanian player while we weren't looking. Or maybe he flew really high in the arena with a jetpack. Either way, it can't be said that he coaches without determination. Blood loss doesn't deter him! Shades of Steve Nash!