Share All sharing options for: Serge Ibaka and Ron Swanson's Pyramid of Greatness

It's been a good summer for Serge Ibaka. He's signed a contract extension. He won a silver medal with Spain. Not as good as gold, but he's still a winner. Do you know what winners do? They block lots of shots and sweep the Mavericks. They beat the Lakers to the point that Kobe and Jerry Buss freak out and buy a new roster. They also take advice from Ron Swanson. Listen to his advice or don't listen to his advice. He doesn't care. Like all champions do, Serge Ibaka listens to his advice. It begins with the Pyramid of Greatness and ends with meat. 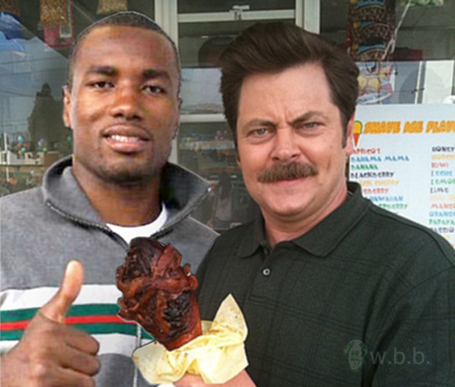 Here we see Serge Ibaka and Ron Swanson enjoying some meat, like the dominant forces of nature that they are. Meat is best enjoyed after coming back to beat the Spurs in the playoffs while also enjoying a glass of scotch. Continue on after the jump for more Swanson and Thunder greatness. Because, like clear alcohol, not doing so is for rich women on diets. Don't ask why, just continue on with stoic swagger. Always with swagger. 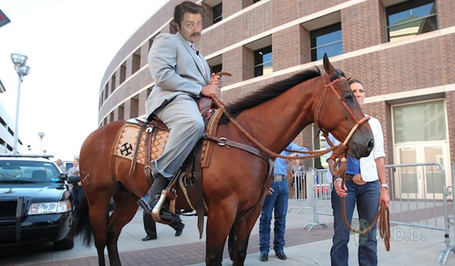 When Ron Swanson isn't driving what I can only assume to be an F250, he rides a horse. Only Swanson knows why this has any pertinence to anything, but it does. What's important here is that he's giving his nod of approval to the Oklahoma City Thunder and don't doubt for a moment that it didn't help with the Spurs in the playoffs. Also, Tony Parker is French and is a proponent of falling down as if trampled by a heard of impossibly aggressive gorillas. They come in herds now, trust and believe it for your own safety. France is not on the Pyramid of Greatness. 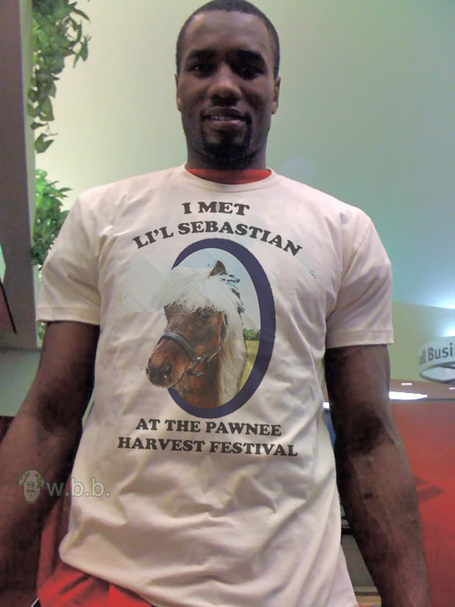 For further reference to the above image, please see the "Crying" entry in the Pyramid of NBA Greatness. Lil' Sebastian is dead, but he will never leave our hearts. Like a thousand candles in the wind, or that time when Serge Ibaka blocked the **** out of LeBron in the NBA Finals. 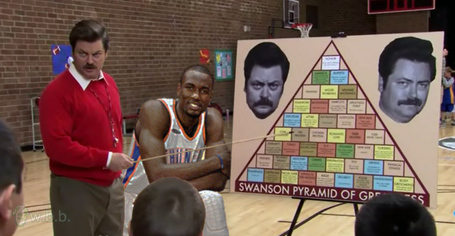 There's the Ron Swanson Pyramid of NBA Greatness and the standard Pyramid of Greatness. Serge abides by both and, being the civic minded man about town, he's happy to educate the youth of this country. Someone has to do it. You don't want a nation of bandwagon fans and cry babies do you? I'm looking at you, guy from an Oklahoma City suburb decked out in Lakers gear at a Thunder game. You've never been to Los Angeles and purple is only appropriate for contusions and Vikings football. 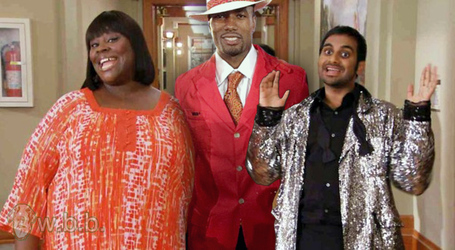 There's one thing that's absent from the Pyramid of Greatness. You've just signed a contract extension. You have an Olympic silver medal. You are fluuuuuuuuush with cash. TREAT YO SELF. 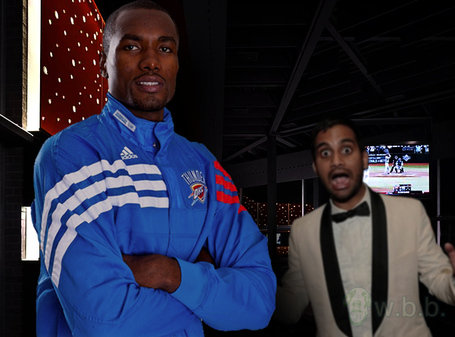 Fly a helicopter to northwest Oklahoma City and have fancy drinks at super trendy Republic? TREAT YOURSELF! 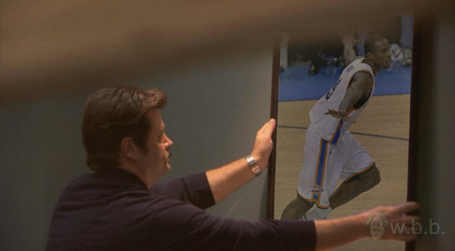 If there's anything that can be held to the same esteem as breakfast food and attractive women with brunette hair, it's Thunder basketball. Ron Swanson knows this. He is ready for the 2012-13 NBA season. Brace yourself for greatness.