Share All sharing options for: Westbrook, Harden, and Durant's Grand Tour: The Tardis

After winning the gold medal, James Harden wanted a little more adventure prior to heading back to Oklahoma City. Being an Olympic champion is a thrill, but he didn't get the playing time that he would have liked. Then, while walking the streets of London, he noticed something. A large, blue police box. Being affably nerdish, he had but one thought. It had to be the Tardis. He heard a voice behind him asking if he'd like to take a look around the Tardis. It was Amy Pond, and it was clear what he needed to do. With blank stares on their faces, KD and Westbrook did as Harden asked. They were on their way to James Harden's Super Fantastic Adventure. 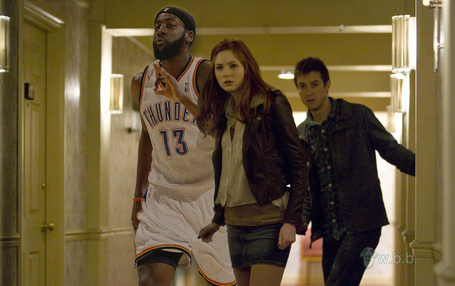 As Harden took right away to his new surroundings, hanging out with Amy and Rory, Durant and Westbrook still didn't know quite what to think of this. It was weird and that guy was wearing a bow tie. For more on our heroes and their weird adventure, continue on after the jump. 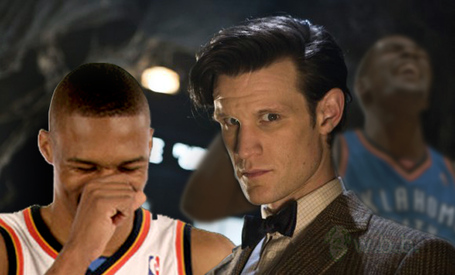 As the Doctor explained the gravity of the situation to Russ and KD, they tried to keep their composure. A spaceman was hunting down this bow tie dude and his only hope was to employ the help of three NBA superstars? Sure, that seems reasonable. Why not? Just kidding. It's absurd. Then they laughed, but stopped after the Tardis began to hit some turbulence. They were landing in the desert of the Southwest. 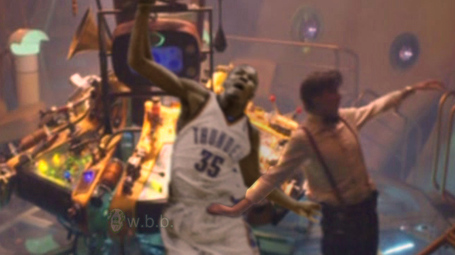 Upon landing, Durant was asked to find River Song. A friend of the Doctors, she looked a lot like that girl from television's "E.R.". It wasn't clear what exactly was going on aside from the astronaut that was going to kill the Doctor, but for whatever reason this Song girl was important. 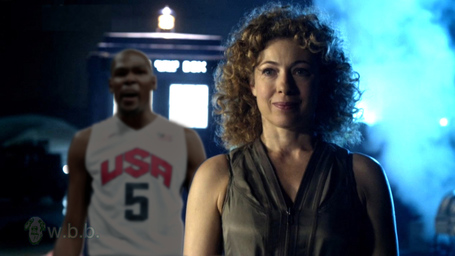 "HELLO SWEETIE!". Durant turned around. It was that E.R. girl and she had a gun. That was kind of freaky, but she was one of the good guys. As he stood there, dumbfounded, River Song told him that they were to meet up with the rest of the group. 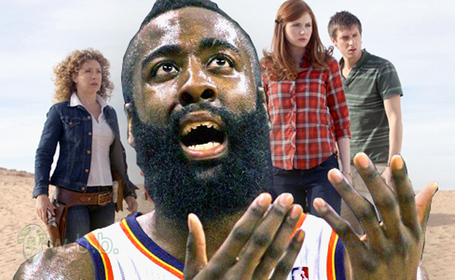 When they finally tracked down the others, James Harden was crestfallen. It had been made clear that the Doctor would stand no chance against this killer astronaut. The rest of the group was pretty bummed, but Harden just freaked out like nobody's business. 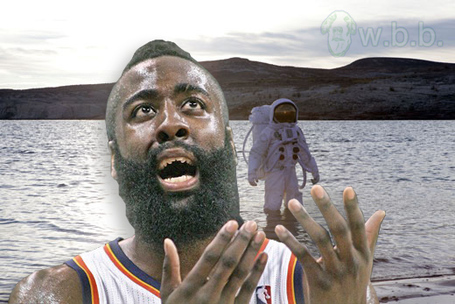 Seeing the astronaut, Harden just completely lost it. In the midst of his hissy fit, he never heard the catchphrase. "Spoilers". Clearly, this meant that the astronaut wouldn't kill the Doctor and that there was some ridiculously complicated explanation leading to everyone being alright. 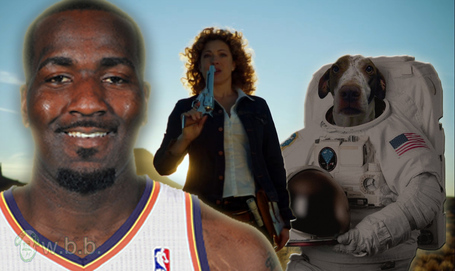 In a turn of events that makes no sense and will never make any sense, Kendrick Perkins shows up with the astronaut and that girl from E.R.. The astronaut never wanted to kill the doctor. In fact, the astronaut was Perk's friend Mattie the Wonderdog. Harden calmed down, Westbrook decided that this was well beyond stupid and went home, and Kevin Durant had a change of heart. This was actually kind of cool. Weird, but cool. 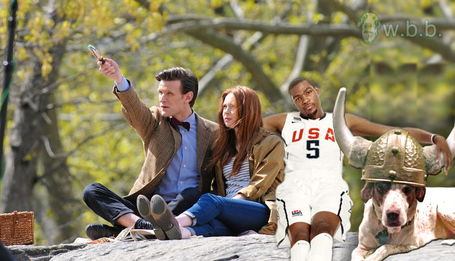 In suffering what could only be called the most bizarre of the Grand Tour escapades, the trio was largely exhausted. All but Durant, who wanted to know more about this Tardis thing. With Westbrook having already left for home and Harden suffering a borderline mental breakdown, Kevin was the last man standing. He joined Amy, the Doctor, and Mattie the Wonderdog for a lovely picnic and it was awesome.