Thunder fans got to watch the debut of Perry Jones III in an OKC (scrimmage) uniform yesterday afternoon, and the 28th pick in the draft finished well with 16 points and 8 rebounds. It is difficult to glean much from an event like the Orlando Summer League, but one of the things we can learn is how a player is going to approach his craft. PJ3's commitment to getting the ball to the front of the rim is a good sign for things to come.

Cole Aldrich needs to get his game in gear in a hurry. It's not like guys are dying to play great post defense either.

I liked the note at the very end that stated that both Eric Maynor and Daequan Cook are in Orlando to work out. They both know that a lot is riding on how they perform next season.

Young reports that at least one scout gives Jones' knee a 3-4 year playing lifespan. That certainly helps explain his draft drop. However, since the guy is still so young, let's wait and see how the doctors handle his continued physical maturation. Perhaps they could slap a kangaroo meniscus replacement kit in there as well.

The Pacers matched Portland's max offer to Roy Hibbert, which means that Hibbert will remain a Pacer for some time. I think this is a good move, because he is the type of franchise player a team can build its identity around.

In most years, when one free agent finds his home it triggers a domino-like effect that helps everything else fall into place. Hibbert's place in Indiana may be such a move.

Explaining the Value of a Win | Wages of Wins

Stats guru Arturo breaks down how the value of a win is extricated from the NBA's salary cap. It's a bit wonky, but there are some helpful charts to allow the data to sink in.

Tyson Chandler's a$$, everyone. Well, it's a good thing he's just lying low this summer and is not going to be around any hyper-competitive peers who have no qualms about shaming smack talk.

Kevin Love is part of the Olympic team, and apparently he's feeling like the one kid on the block who still doesn't own a Wii.

Mason gets his hands on and reviews Jack McCallum's new book, "Dream Team," which looks like it will give us plenty of the stuff for which we have been longing.

As maddening as Metta World Peace is (and the scorn is well deserved) he still has a refreshing and honest outlook on life.

Come on, James Harden. quit playing games with my heart.

Fear not, he quickly pulled the image and the team squashed any rumors. 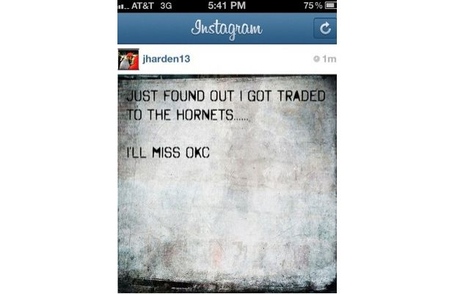