For a previous story of the initial rumors, click here. 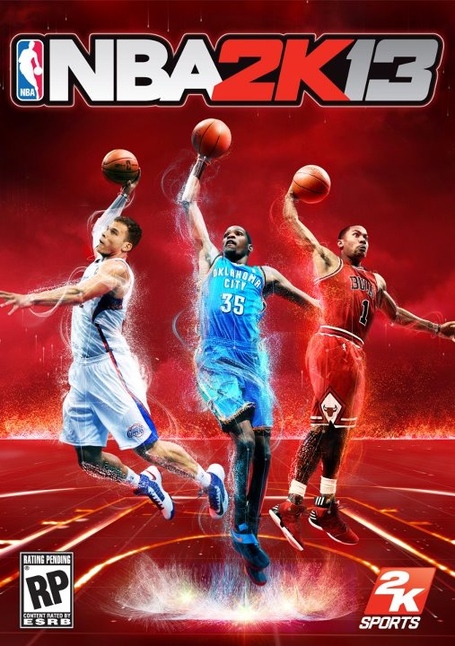 It looks like the folks at 2K Sports have officially gone with a trio of Young Guns, shying away from their recent covers of NBA Legends and older players like Kobe Bryant and Kevin Garnett. It also marks the second year in a row they've gone with three athletes on the cover, rather than just one. Last year, the cover sported the now retired Larry Bird, Magic Johnson, and Michael Jordan.

Obviously, this kind of takes away from Durant's billing on the cover. But the fact that he's in the center should tell you that he was probably their first choice. OU fans will be happy about the inclusion of Blake Griffin. If Derrick Rose was replaced with Chris Paul and we had Eduardo Najera floating around in the background somewhere, it would be the All-Oklahoma cover.

Anyway, for me, there's two big questions surrounding this year's edition of 2K. One is, "Will the NBA Legends be here to stay? Will you be including more teams?". Two is, "Will online association mode not totally suck eggs this year?" Regardless of who's on the cover, those two aspects will pretty much decide whether I buy the game or not....Well, I'll buy it anyway, but it just sounds cooler when there's more at stake.

NBA 2K13 will release October 2nd. Pre-ordering gets you some sort of Sprite All-Star gubbins that will be DLC later on.